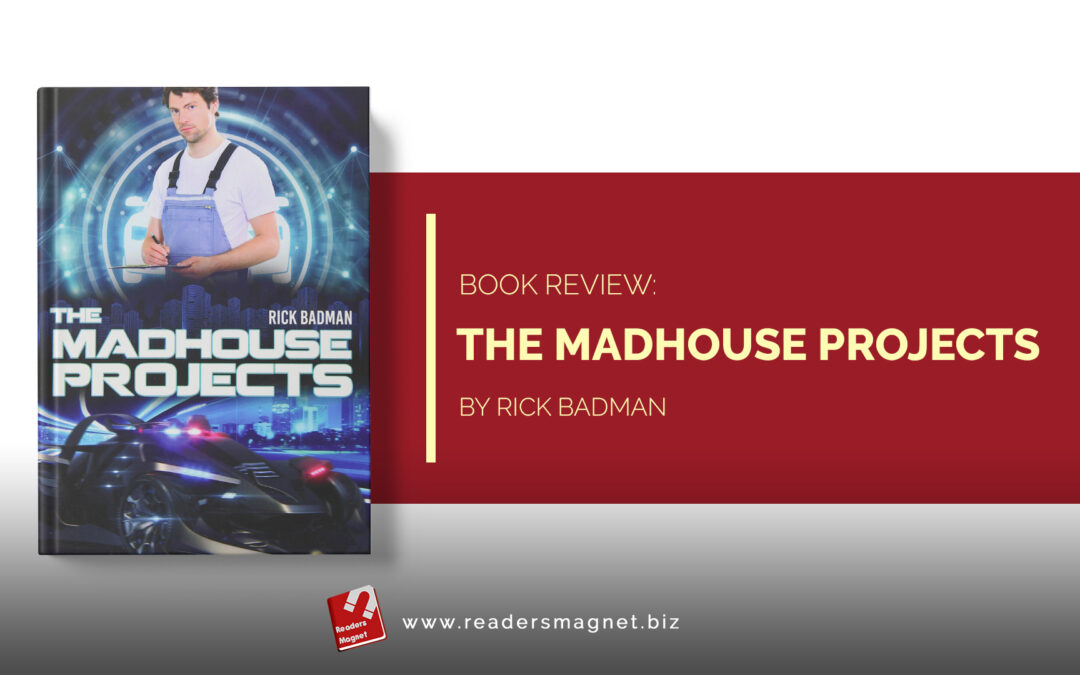 Published in 2019, Rick Badman’s The Madhouse Projects is one to look out for. The book is full of insights on automotive, science, technology, and other significant and timely things. With a strong protagonist, readers — especially those who are into cars and technology, will be inspired and entertained.

The story, like most of the recent science fiction, was set in a futuristic place called Madhouse somewhere in Arizona between the years 2036 and 2037. With the great time gap from reality, which was after its publication date in 2019, it has truly covered the common trait of sci-fi. This enhances the engagement of the readers upon knowing that the story took place in a time that is more advanced than the present. The imagination of the readers will be put to work, where they will be brought to a more place with more advanced technology.

How the book was written was also a factor to be commended. The author used a casual tone with a common language. There were some terms that are not widely used today, but it can be understood since the field of automotive has words that are not being spoken in a random conversation. However, the narration and dialogue ratio is not balanced in the first few chapters. There are more dialogues than narration, which is not a bad thing because this shows the readers that the characters are definitely moving the story forward. The only catch is that readers may become restless upon seeing that almost the whole chapter is full of dialogues and fewer descriptions. There should be a little sense of diversity and add a puff of color to the story.

The Madhouse Projects aims to help readers understand the importance of science and technology in the world, as well as the effects if they are used with either good or bad motives. The technology could be present in different generations and provides people with brand-new hope and answers to issues that puzzle them. Moreover, the story is not solely talking about science but also showcases a thrilling adventure, invasion, and discovery that are being shown to the readers by the protagonist and the other supporting characters.

Another impressive thing is that the story features different top-notch places, which are Arizona and Russia. The protagonist also highlights his Christian upbringing, which was mentioned on page 169 of the book, “It was a good thing they were out of the Madhouse because sometimes, Dick would become so frustrated when something didn’t work out as it should that he would take out his wrath on assistants, robots, and inanimate objects. His Christian upbringing kept him from using profanity. But he compensated by pounding his fist against the walls, stomping about, and smashing his tools against materials.” How Rick Badman chose to make the religious orientation of his protagonist Christian is a remarkable move to let people know that being a man of science and a Christian is possible, despite the belief that religion and science are not in agreement with one another.

According to the author, “I believe the future need not be a period to dread, even though there will be some terrible things happening possibly during our lifetime. But I don’t believe the world will end for quite a long time. That’s why much of my science fiction is optimistic with even large problems not beyond solutions.” Badman has truly written a story with strong characters, an engaging point of view, and an inspiring theme. Thus, The Madhouse Projects is ReadersMagnet approved and is a must-read not just for science fiction fanatics but also for readers of all ages.