Five of the Most Magical High Fantasy Book Ever Written 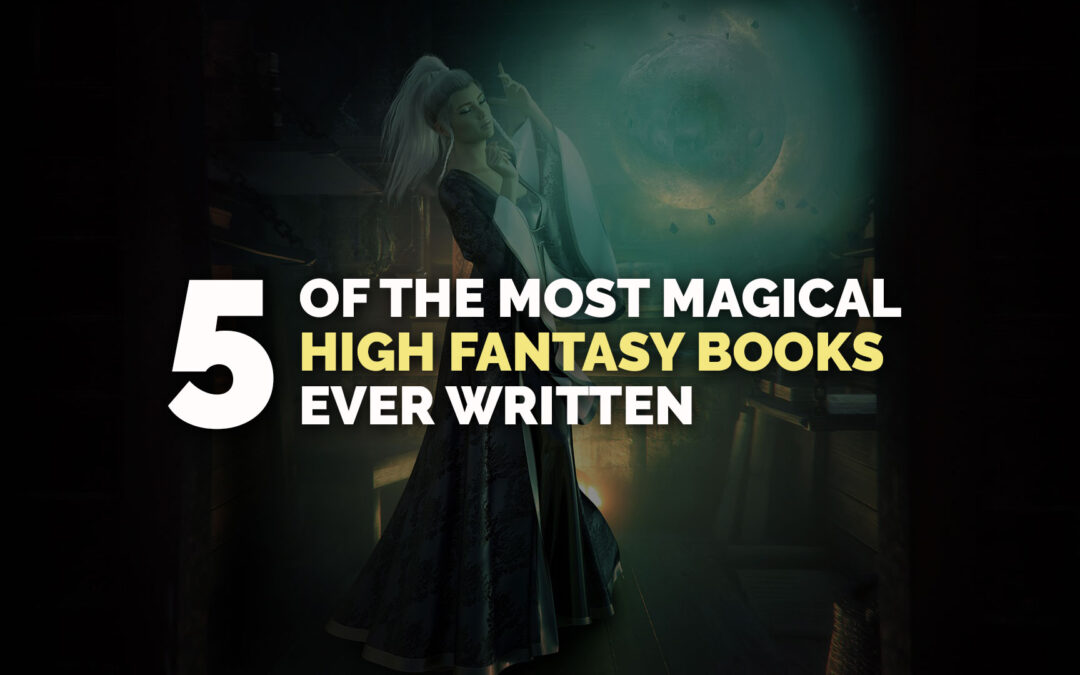 Fantasy is arguably the most popular genre as many readers loved to get lost in their imaginations conjured from the words they read. The best books under this genre are full of adventure, melodrama, magic, war, and even love. With hordes of fantasy books being released each month, you’ve likely missed some of the greatest work out there. Today, ReadersMagnet recommends five books that will take you a step further out of your imagination.

Christopher Paolini became a household name for the fantasy genre for his book, Eragon. When he self-published this book in 2001, he gained fame for the book, even catching novelist Carl Hiaasen’s attention. The book tells the story of a farm boy named Eragon, who finds a mysterious stone in the mountains. The poor farm boy thought it was sheer luck to find this polished blue stone. It will buy his family meat for this winter. But when this stone hatched, he found a dragon hatchling to which Eragon soon realizes that he has stumbled upon something greater than he expected. Eragon is the first of Paolini’s young adult high fantasy series, The Inheritance Cycle.

The Shadow of the Staff: A Wizard’s Revenge by M.A. Haddad

If you’ve read J.R.R. Tolkien’s books and loved them, then you must add M.A. Haddad’s name to your favorite author list. M.A. Haddad is a self-published author with similar storytelling capability as Tolkien. The Shadow of the Staff: A Wizard’s Revenge is a flight of imagination about the mythical continent of Hatu and the adventures of the creatures living there. This story follows Burton Brew’s quest for peace on Hatu. As he journeys to the festivities, Burton finds himself stuck between the imminent war that threatens’ Hatu. Being the last descendant to carry the Great Staff of Power, Burton is the only hope of Hatu creatures. The Shadow of the Staff: A Wizard’s Revenge is only the first book of this unbelievable story. Haddad will soon release the second book of the series as early as spring of 2021.

The Way of Kings by Brandon Sanderson

Brandon Sanderson brings an epic story of war and movement in The Way of Kings. Sanderson brings readers to the world of stone and storms called Roshar. This world is a rocky terrain with animals hiding in their shells, trees pulling in branches, and grass retracting into the soilless ground. The cities are built only where the topography offers shelter. The Knights Radiant are ten consecrated orders who had fallen centuries ago. However, their legacy, Shardblades, and Shardplate remain. These remnants transform ordinary men into warriors. Wars were then fought for them and won by them. Across the ocean, a young woman Shallan discovered the Knights Radiant’s secrets and the actual cause of the war.

Assassin’s Apprentice is an absolute gold written by Robin Hobb. This follows a young boy named Fitz. Born on the wrong side of the sheet, Chivalry Farseer’s son, a royal bastard, cast out into the world, friendless and lonely; this is what Fitz is. Only his magical link with animals gives him solace and companionship. However, his magic, Wit, if used too often, will result in dangerous magic to which the nobility abhors. In this faraway land where members of the royal family are named for the virtues they embody, will this young boy become a walking enigma?

Sarah J. Maas is back again with another series, Throne of Glass. This follows 18-year-old assassin Celaena Sardothien who was dragged before the Crown Prince after serving a year of hard labor for her crimes. The Prince offered her freedom on one condition: she must act as his champion to find a new royal assassin. She was thrown into the competition fighting against men-thieves, assassins, and warriors across the empire. She must beat her opponents to serve the kingdom for four years and then be granted her freedom. However, when one by one contestant turns up dead, Celaena must figure out the killer.