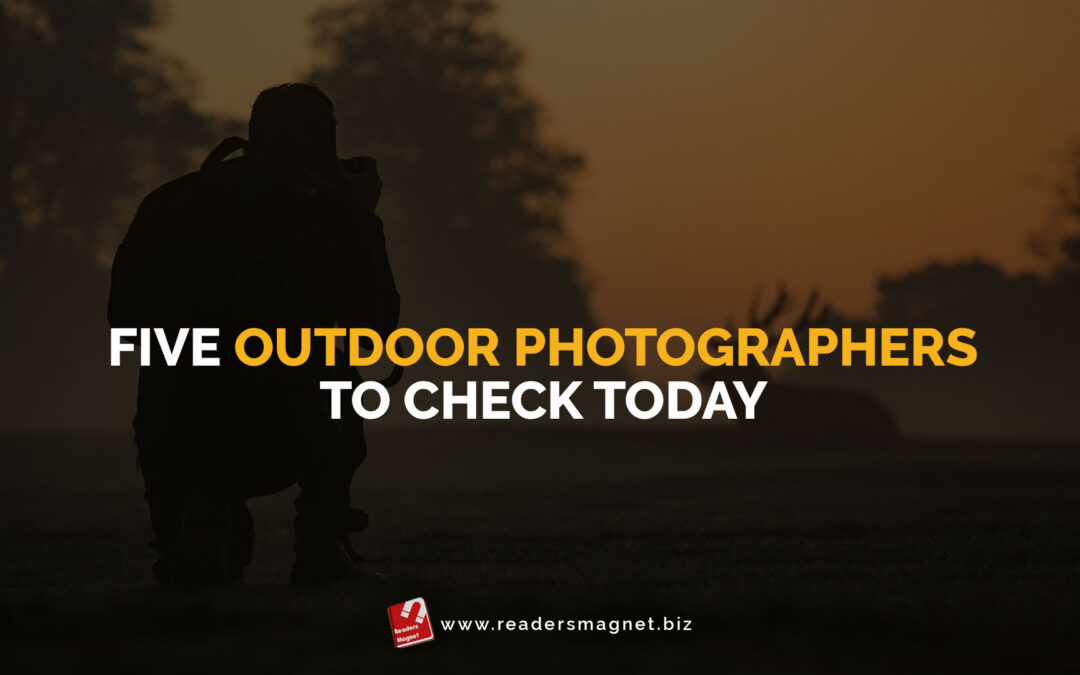 Check out these five inspiring wildlife photographers who are making a difference in the world today.

Nicki Geigert is a travel and wildlife photographer, author, and artist. She is the author of the books Family Trip to Magical Madagascar and Beyond, Holy Cow! and Who’s Yawning Now? a photo book featuring animals yawning. It is also a book on wildlife’s natural habitats. In her travel book, Family Trip to Madagascar and Beyond, Geigert presented to us the majestic side of the African nation- its trees, rock formations, rivers, and flora and fauna. Aside from offering photography classes, Geigert uses her talents to help raise awareness of the current wildlife crisis through her photos. Who’s Yawning Now? features species with the IUCN Red List of Threatened Species tag, which tells how endangered an animal is based on the best-known worldwide conservation status listing and ranking system.

Joel Sartore is a photographer, speaker, teacher, and author. He is one of National Geographic magazine’s veteran contributors and head of its Photo Ark project, a 25-year effort to document the approximately 12,000 species living in the world’s zoos and wildlife sanctuaries. His works have been featured in National Geographic’s Explorer, the NBC Nightly News, NPR’s Weekend Edition, an hour-long PBS documentary, At Close Range. Sartore has been a contributor on the CBS Sunday Morning Show with Charles Osgood. Sartore and The Photo Ark recently became the subjects of a three-part series titled: RARE: “Creatures of the Photo Ark,” which premiered on PBS. Joel Sartore has inspired new generations of wildlife photographers and conservationists through his works. He was presented with the Rolex National Geographic Explorer of the Year award in 2018.

Ami Vitale is best known as the six-time recipient of World Press Photos, including 1st Prize for her 2018 National Geographic magazine story about a community in Kenya protecting elephants. She is also a National Geographic Magazine photographer, writer, and filmmaker. The author of the best-selling book Panda Love, on the secret lives of pandas, is a Nikon ambassador and has traveled to more than 100 countries. In her travels, Vitale witnessed and documented violence and conflict and beauty, and the resilience of the human spirit. From shooting mud huts, war zones, and impoverished communities, Ami recently shifted her focus on current compelling wildlife and environmental stories after shooting a powerful story on the transport and release of one of the world’s last northern white rhinos in 2009.

Nick Brandt is an English photographer whose works generally focus on the rapidly disappearing natural world resulting from climate change and man’s actions. Brandt has published several photography books, including A Shadow Falls, Across the Ravaged Land, The Petrified, Inherit the Dust, and This Empty World. He released On This Earth in 2005, composed of 66 photos taken from 2000 to 2004. The book featured introductions by the conservationist and primatologist Jane Goodall, author Alice Sebold, and photography critic Vicki Goldberg. Nick Brandt is also known for being the founder of the non-profit organization Big Life Foundation. The organization, founded in 2010, was a response to the alarming cases of poaching in Africa. Big Life Foundation is dedicated to the conservation of Africa’s wildlife and ecosystems.

Britta Jaschinski is an award-winning wildlife photographer and photojournalist. She was born in Germany but moved to the United Kingdom during the 90s to study photography in South England. Most of her works are featured in Geo, National Geographic, Stern, Spiegel, The Guardian, WWF Media, and numerous other magazines, newspapers, and books worldwide. She is also the co-founder of Photographers Against Wildlife Crime. It is an international group of photographers coming together to help end the illegal wildlife trade in our lifetime. Jashchinski was awarded European Wildlife Photographer of the Year twice. She also received the Photojournalist of the Year in the Natural History Museum’s Wildlife Photographer of the Year competition and the Grand Prize Winner of America’s Big Picture Natural World Photography contest.