Interesting Books to Read That Will Satisfy Your Eyes and Hearts 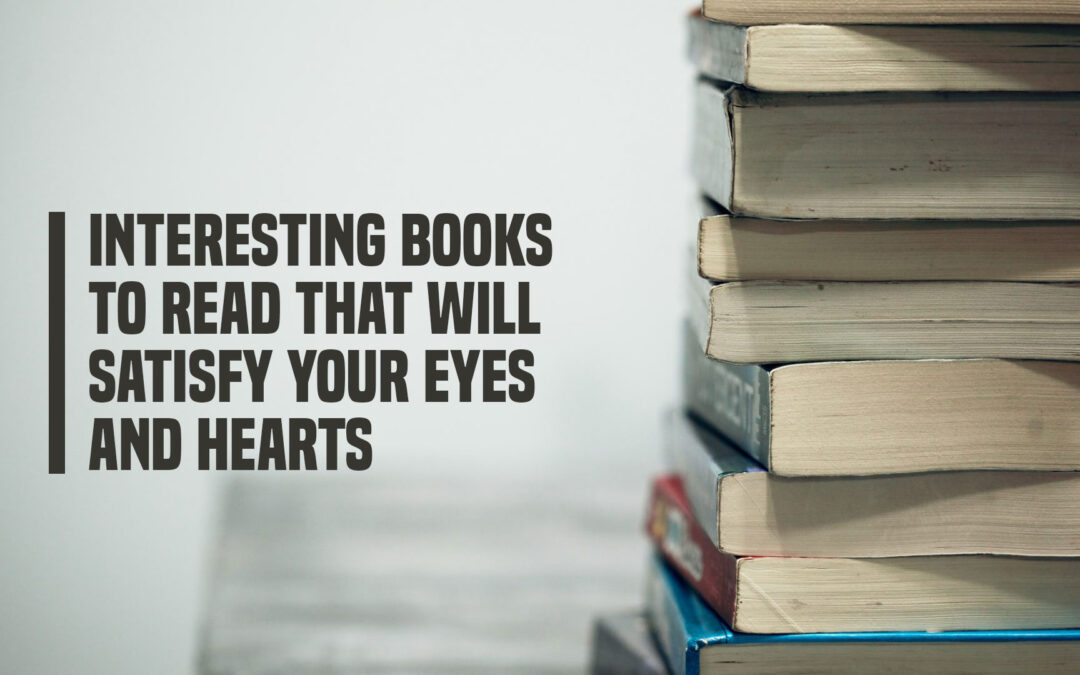 People always pursue things that can give them satisfaction. With the world’s constant progress, it is almost impossible to keep up with it. The way people handle these developments might be different from one another. Some might be feeling pressured to get along with the growth and competition while others can be laid back and taking small yet sure steps at a time.  Hence, satisfaction can be a luxury to many.

There are many things that people crave; and, most of them are to fulfill the desire of the heart and eyes. Although a lot of material things fit the common descriptions that can satisfy the cravings of people, books are definitely the most suitable materials that have the power to capture the hearts and attention of many. Several literary works have features that hit both visual and emotional aspects of readers, specifically picture books.

Picture book pertains to the literary pieces that contain both narrative and images or illustrations with kids as their primary targets. What sets this genre apart from others is the amazing mix of visual and verbal elements forming a remarkably interesting whole. That said, here are the best picture books that can definitely bring satisfaction to your heart, eyes, and mind.

In 2020, ReadersMagnet published another amazing book by Nicki Geigert titled Who’s Yawning Now?. This particular children’s photo book on yawning animals was created after Geigert found out that all animals have the ability to yawn as humans do. So, she began taking records and photographs of faunas occasionally and wrote a book about it afterward. That said, the book basically centers on wildlife featuring creatures that yawn along with their beautiful photographs. It also highlights other important details that readers need to know about every showcased animal, such as facts about them, the environment that they live in, conservation status, and more.

Last Stop on Market Street is an award-winning and best-selling book with a story written by Matt de la Peña and artwork illustrated by Christian Robinson. What made this book remarkable? It’s its theme, which is about kindness, gratitude, and love. The story centers on the little boy named Cj, who went to church with his grandmother on a Sunday. While they are on the bus, Cj couldn’t help but express his curious mind. Where his eyes land on makes him inquisitive, which he turns to his grandmother for answers. His grandma openly supplies him with the answer that he needs, which enhances their bond.

The Rainbow Fish by Marcus Pfister

Author-illustrator Marcus Pfister wrote an impactful children’s book titled The Rainbow Fish. However, it was originally written in German and was called Der Regenbogenfisch. The book highlights the theme of selfishness and sharing. Pfister also emphasized the shiny foil scales of the protagonist, which made justice and give relevancy to the title. With the great illustration and story, it was adapted into an animated TV series by Decode Entertainment, which was aired in HBO Family and Teletoon around 1999 to 2000.

Giraffes Can’t Dance is a children’s book written by Giles Andreae and illustrated by Guy Parker-Rees. It tells the story of a giraffe named Gerald, who sincerely wishes to learn how to dance. But, with his long thin legs and crooked knees, it is truly a struggle for him. With enough encouragement and determination, he finally learned how to dance using his personal tune and way. Hence, this book is surely an inspiration for all readers to follow their dreams and not give up.