Nicki Geigert Delights Travel Lovers to the Beauty of Madagascar 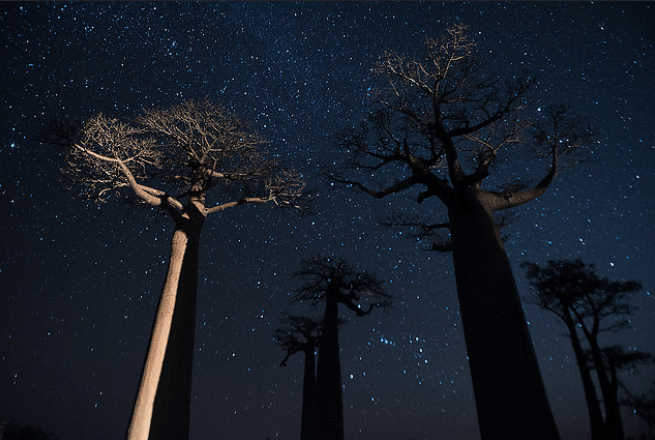 Nicki Geigert shared that Madagascar is “a magical land in the Indian Ocean, Madagascar’s wildlife is unique, and its forests are full of surprises.” – Nicki Geigert.

Madagascar has developed its extraordinary wildlife and distinct ecosystems since it split from the African continent some 160 million years ago. Approximately 95 percent of Madagascar’s reptiles are 92 percent of its mammals and exist nowhere else on Earth.

This island nation is at the pinpoint off the east coast of Africa and is considered the world’s fifth largest island. It has 144 million acres and is almost the size of Texas, having a temperate inland climate, tropical along the coast, and arid in the south. The island harbors lush rainforests, tropical dry forests, plateaus, and deserts. It has over 3,000 miles of coastline and over 250 islands, home to some of the world’s largest coral reef systems and the most extensive mangrove areas in the Western Indian Ocean.

In 2017, Geigert released Family Trip to Magical Madagascar and Beyond. The book is a collection of photos that chronicles their trip to some famous and majestic tourist spots or locations in Madagascar (including a glimpse of Zimbabwe).

Only a handful of people know that the African island nation of Madagascar is a biodiversity hotspot and Nature’s paradise. Nicki Geigert and her family were among these people, having visited Madagascar in 2014. With her camera in hand, Geigert took advantage of the island’s scenic beauty, natural charm, and exotic flora and fauna. She then shared those pictures for everyone to see in her travel photobook “Family Trip to Magical Madagascar and Beyond.”

The stunning photos in “Family Trip to Magical Madagascar and Beyond” tell more than just family fun from the joys of travel. The images reveal the rich biodiversity of the island’s plant and animal life. Pictures that Geigert took and shared in the book include those of lemurs, the Comet moth, the tomato frog, geckos, chameleons, baobabs, and the wondrous sights at the Isalo National Park and Nosey Ve Island.

“Family Trip to Magical Madagascar and Beyond” includes photos the author-photographer took of the local culture and atmosphere. She also shares pictures of the city skyline, the local architecture, the marketplaces, and interactions with Malagasy people. Other than just the images, would-be visitors to Madagascar should also read Geigert’s comments on some aspects of her travel experience.

One great charm of Madagascar is its wildlife. It boasts over sixty species of lemurs, so tame that photographing them was easy, as these delightfully furry, sleek little creatures would take food from the family’s hands and contentedly perch on shoulders. The family also interacted with moths, frogs, butterflies, starfish, elephants, fossa, cheetahs, kudus, and the very rare pangolin. Most species there are endangered owing to agriculture and logging, so seeing them in their habitat was a rare, memorable, and much-appreciated privilege.

Nicki Geigert is a photographer, travel writer, and children’s book author. She has photographed all seven continents and displayed her work in gallery shows, Fodor’s Travel Guides, and coffee table books. Most of the seven books she has written are travel-related photo books that involve stories about teenagers and their responses to new international environments. Each book includes beautiful photography of the places visited, the animals seen, the people and their customs, and the history of each country each teenager visited. Nicki loves photographing places, spaces, culture, historical architecture, and wild animal portraiture.

Nicki invites you to come with her on her travels to share each place and space, bring awareness to the plight of many animals, and attain more understanding about ancient cultures and what people can learn from them.

To know more about Geigert’s amazing adventure, check out her books or visit her website.