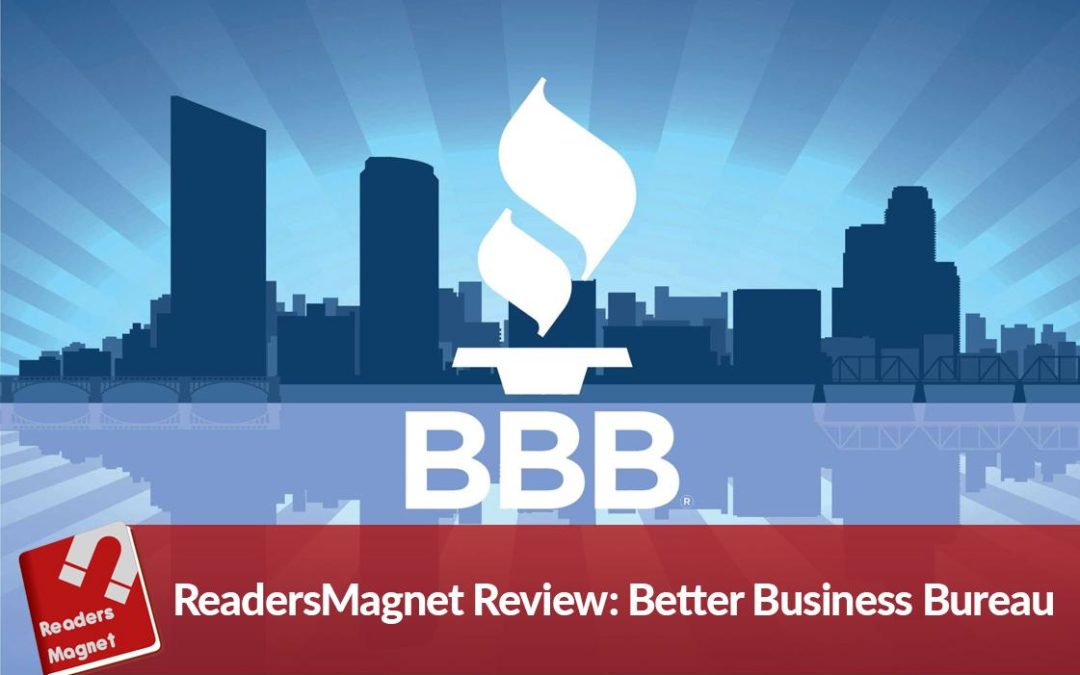 Throughout its three years of existence, ReadersMagnet Self-Publishing has worked hard to build its reputation. Its commitment and passion to help aspiring authors finally paid off. ReadersMagnet earned its first BBB accreditation exactly one year ago. ReadersMagnet Review takes a look back at the start of a beautiful partnership.

What is Better Business Bureau?

Better Business Bureau employs BBB letter ratings in accrediting businesses and these ratings represent the bureau’s opinion of how a particular business is likely to interact with its customers. It is based on the information BBB collects about the business, from the business itself as well as public information whether they are positive or negative statements. BBB ratings range from A+ as the highest up to F being the lowest rating.

More importantly, BBB influence has a wide coverage. As of 2018, BBB has 9,856 Business & Community Center visitors making it a top meeting destination with over 600 business meetings. It is also a trusted resource with over 8 million Business Profiles requested. As far as media coverage, it has acquired 9.3k media mentions and 1.4 million social media impressions. Overall, BBB is an authority as far as business reputation and credibility are concerned.

With 49, 978 scams reported and over 46,700 complaints closed, BBB is a solutions-oriented company.

In July 2018, Better Business Bureau (BBB) decided to award ReadersMagnet with an A- rating. It is the third-highest letter rating on the scale. The A- rating has an equivalent of 90 to 93.99 points in its 100-point scoring scale. With the initial rating, ReadersMagnet was able to attract more customers and established its online reputation. ReadersMagnet viewed this accreditation and the A- rating as an inspiration in providing quality publishing and marketing services to its customers. Despite suffering from malicious negative reviews and bad blogs, ReadersMagnet was able to clear its name with the help of BBB customer reviews and by facilitating complaints against ReadersMagnet and eventually closing these cases.

Early this year, ReadersMagnet scored another important BBB milestone. From its 2018 rating of A-, ReadersMagnet was awarded an A rating. It is a notch up from the previous rating and the second-highest rating in the BBB rating scale. This came at a time when ReadersMagnet intensified its marketing campaigns such as radio interviews and attending international book fairs. Last April, ReadersMagnet joined the 24th Los Angeles Times Festival of Books. It’s another first in terms of its book fair content distribution program. This upgraded rating certainly helped solidify its reputation as a reliable publishing and book marketing partner.

No company is ever perfect. ReadersMagnet, being a young company, also had its share of complaints. Throughout its infancy stage until now, BBB has always stood by ReadersMagnet by serving as a venue for arresting misunderstandings and settling disputes with a number of customers. On the other hand, it also helped increase our online credibility via its good customer reviews. Positive reviews from authors can be seen in ReadersMagnet’s BBB Profile. BBB also lend its reputation to ReadersMagnet by simply allowing these good reviews to keep coming. This evidently proves that ReadersMagnet is not a scam.

ReadersMagnet is a BBB accredited self-publishing house. Publish your book with a team of trustworthy publishing and marketing experts. Contact us at 1-800-805-0762 | 619-354-2643 or email at info@readersmagnet.com