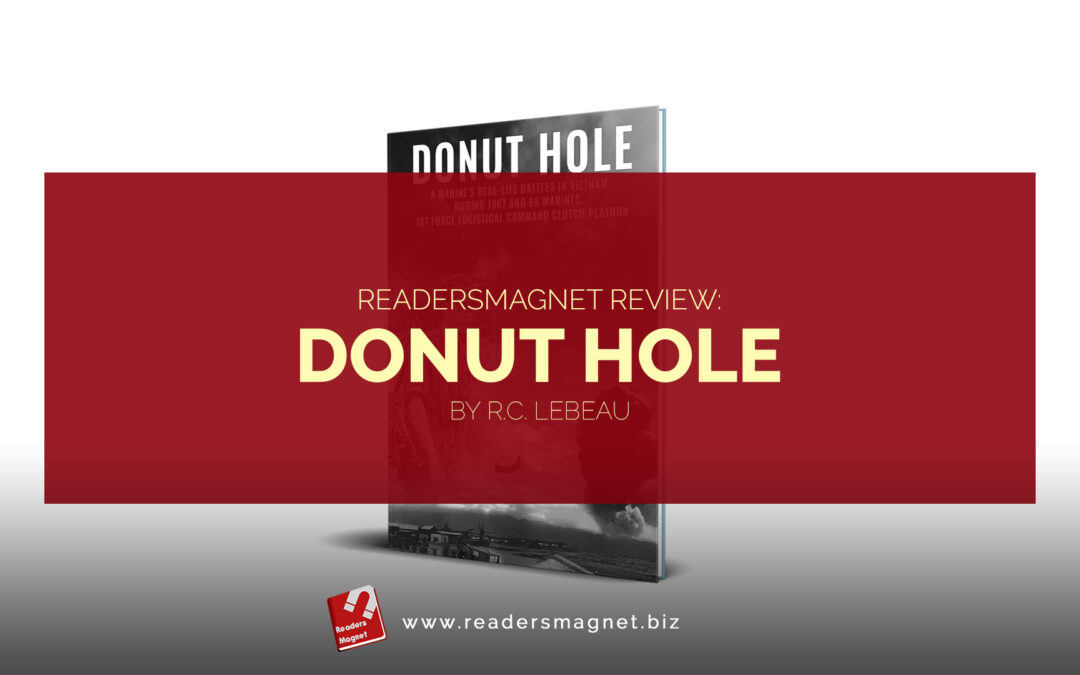 ReadersMagnet Review takes a closer look at an army veteran’s battle during the Vietnam War.

This autobiography is not of one man but the men and women of war. Hence, readers will find eye-opening accounts that will show the most incredible power on Earth.

Published in 2019, Donut Hole by Robert LeBeau is an autobiography of a war veteran to give readers an insight into what the Marines go through, all for the country’s honor. RC LeBeau is one of the many men who served the country during the Vietnam War and the Donut Hole. They are heroes who willingly risk their lives to achieve the country’s goals. LeBeau wrote this book to make readers respect their country more because of the work the Marines do. He provides a different perspective of the battles a veteran encounters in their life from the rest of the war writers.

Donut Hole is a war story, unlike others. It is told by a Marine who had survived 395 days in a war zone. However, near the end of his 13 months of agonizing tour, he has to survive the 68 TET Offensive and the Donut Hole to come home. The book tells accounts that are raw and honest, showing readers what makes a warrior and what the journey is like for the Marine Corps. This follows a long storyline starting from his life in the fifties, and early sixties, which he considered was the simpler time of his life.

Upon reading the book, any reader will find him true and honorable. The book will enlighten readers of the frightening tour any Marine goes through. The imagery of war, survival, hope, faith, friendship, and so much more are presented in the book.

This book does not explore the religious aspects of war. Your very belief is tested in combat, you must kill your enemy, or your enemy will kill you – that is the simple, hard cold fact. Because in my humble opinion, war is hell on Earth. Evil roams freely in war, and it will kill you, one way or another, with its evil intent. Nightmares are common and, in their fantasy, never reflect the real horror and the reality that war can bring to your mind. No matter what your personal spiritual beliefs are, you will be tested. The conduct of your intent will be your judge for life. It is your second-guessing that can be dangerous to you. A wise Philosopher once said in Greece, “If you want real peace, you must always prepare for War.” This book is about war. It tells my experiences of the paths I took as a United States Marine in Vietnam. The mouths of many soldiers will say the same – the same soldiers who had shared my paths with the experiences of my many paths in life. I have not shared these words or reflections with anyone, except in bits and pieces, and that too, with other veterans in the form of bunker talk (Book synopsis).

Donut Hole is a book that presents the many battles and sacrifices of a Marine, whether physically, psychologically, and emotionally. A story of survival in times of chaos. Moreover, this is not just RC LeBeau’s story but of his brothers who sadly cannot tell their stories.

RC LeBeau is an author and war veteran. He is well-versed in the art of storytelling. The first book he ever wrote is the autobiography, Donut Hole: A Marine’s Real-Life Battles in Vietnam During 1967 and 68 Marines, 1st Force Logistical Command Clutch Platoon.

His friends and family best known RC LeBeau as Bob. When he was younger, he was a boy scout. He developed skills for the tactics that will help an average person to survive in the wilderness. This gave him insight into the Marine Corps. Upon joining the US Marines, he was designated to the Vietnam War and Donut Hole.