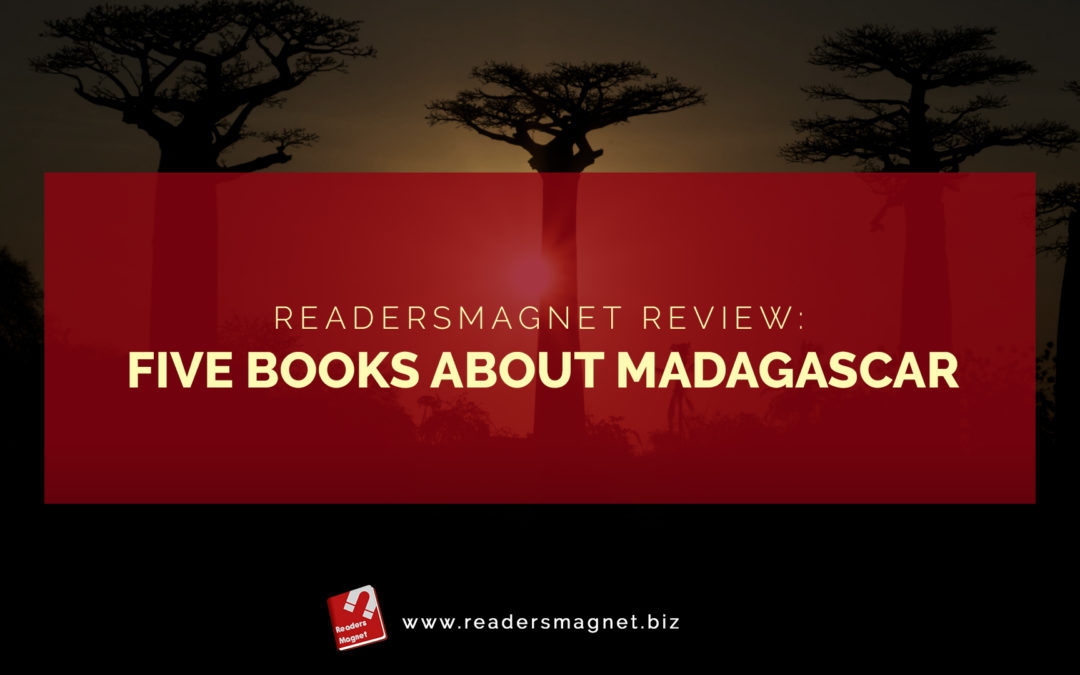 Madagascar is an island country rich in history, biodiversity, and culture.

Madagascar is the fourth largest island in the world, and we do not know a lot about this African nation that is home to rich biodiversity, majestic trees, and weird rock formation. Here are five books that will hopefully introduce us to majestic Madagascar. Enjoy.

Madagascar the Eight Continent takes us to an amazing journey in the land of reptiles and lemurs. Peter Tyson guides us deep into a kingdom where rare species thrive. Because 90 percent of all animal and plant species are only found on this island country, Madagascar is considered as the eighth continent. Tyson’s 2013 work is not your ordinary travel book. Madagascar the Eight Continent also features the rich history of the Malagasy, the ancestors of the Madagascar people. Along with four scientists, Peter Tyson embarks on an adventure to examine closely the natural and cultural narrative of both the island and its inhabitants.

Family Trip to Magical Madagascar and Beyond by Nicki Geigert

Nicki Geigert is a travel photographer and author. In this book, she captures the family traveling the magical Madagascar and beyond. With photographs of famous national spots like the Baobab trees and the Tsingy limestones, Geigert takes us to the majestic island country. The book also features the rich flora and fauna of Madagascar with photos of rare lizards, lemurs, and several plant species mostly found only in the country. Family Trip to Magical Madagascar and Beyond by Nicki Geigert provides readers with a unique and comprehensive tour of the country through the high-definition photos by Geigert. It is quite an adventure one cannot easily forget.

For the Love of Lemurs: My Life in the Wilds of Madagascar by Patricia Wright

We know Dr. Patricia Chapple Wright because of the study of social family interactions of wild lemurs in Madagascar’s Ranomafama National Park. In 2016, she published For the Love of Lemurs which details her history with one of Madagascar’s famous animals- the lemur, specifically the greater bamboo lemur. Dr. Wright takes us back to 1986 here she was first asked to journey to the rainforest of Madagascar in search of a seemingly extinct type of lemur. What follows next is a series of discoveries and adventures with lemurs. For the Love of Lemurs chronicles all of Dr. Wright’s challenges, adventures, and even romance. By observing Dr. Patricia Wright’s encounters, we also learn more about the animals and the beautiful country of Madagascar.

Muddling Through in Madagascar by Dervla Murphy

Dervla Murphy is a renowned traveler and writer. Her book Muddling Through in Madagascar is a chronicle of her adventure in the island country along with her 14-year old daughter Rachel. Together they traveled Madagascar’s countryside. In their adventure, they discover many things including the real state of the country- the erosion, the sanitary conditions, the lack of communication, and transport network. Their journey also takes us to the beautiful history of the country, their tradition, culture, and faith. Despite the inconveniences they have witnessed and encountered, Dervla and her daughter leave Madagascar with respect and gratitude. Muddling Through in Madagascar is a book that opens readers to both sides of this island with an ancient people, but a young nation.

A History of Madagascar by Mervyn Brown

Our list wouldn’t be complete without including a history of the rich island country. Mervyn Brown’s A History of Madagascar is a must-read for everyone who wants to learn about how the island came to be inhabited by people from what we now know today as Indonesia, the history of the Malagasy, and the various struggles involving two European superpowers that shaped the history of the world’s fourth-largest island in the world. Learn more about the colonial period and present-day Madagascar, a magnificent blend of Asian and African heritage. A History of Madagascar is a comprehensive history book that provides a deeper understanding of the “eighth continent”.