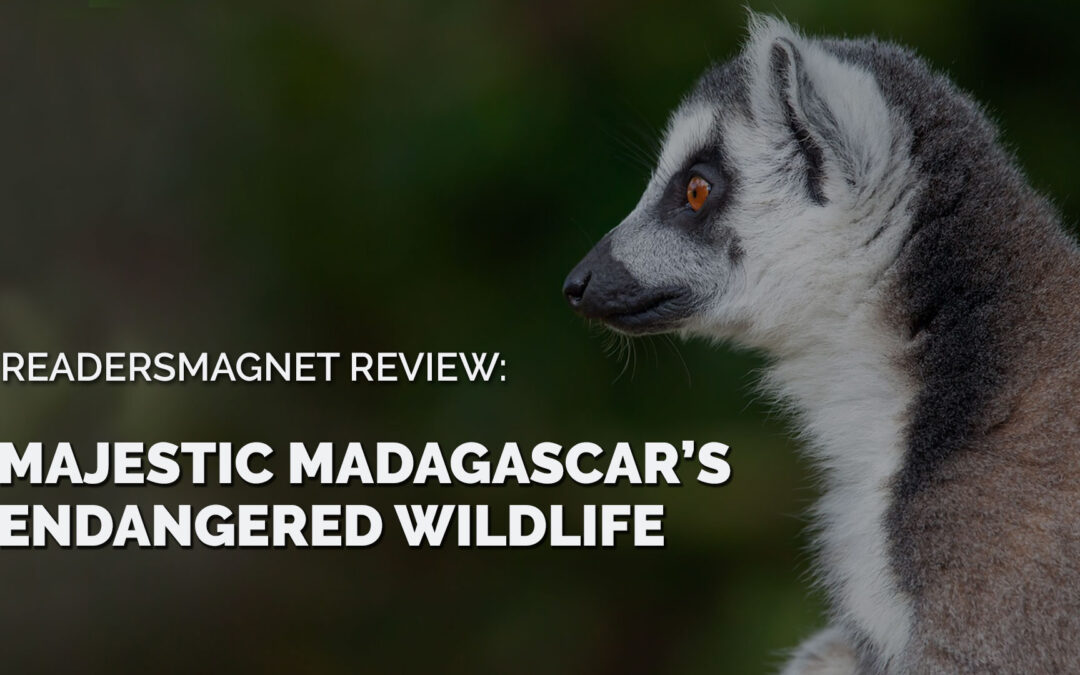 ReadersMagnet Review revisits the magical world of Madagascar and the threats to its beautiful wildlife.

Madagascar is a beautiful country in East Africa. It is the second-largest island country in the world and host to a biodiversity hotspot with 90% of its wildlife endemic to its country. Since last year, we have learned a great deal about its majestic wildlife because of Nicki Geigert’s photography book Family trip to Magical Madagascar and Beyond. We have also featured articles about her other books. Nicki Geigert’s latest work is the photography book Who’s Yawning Now? It is a fun and interesting book on yawning animals caught on camera. While talking about her latest book, seasoned travel and wildlife photographer Nicki Geigert also talked about the state of Madagascar’s wildlife and how animals such as lemurs are currently being threatened with their natural habitats being destroyed. Today, we will revisit Madagascar’s magical yet endangered wildlife.

Because Madagascar is a poor country, the majority of its population relies on the country’s natural resources for their daily needs. The Malagasy people are mostly unemployed and must live off the land that surrounds them as well as the bounty of the ocean resources. This is one of the main threats to the country’s endangered wildlife. The island’s endemic biodiversity is rapidly losing because of overexploitation of living resources, including hunting and over-collection of various species from the wild either for trade or consumption. Internally, the biggest threat to Madagascar’s environment is the slash and burn practices of the locals, especially in the last two decades. It has caused massive deforestation, agricultural fires, and, most importantly, the destruction of the natural habitats for hundreds of species.

Tavy or slash and burn agriculture is mostly used for converting tropical rainforests into rice fields. Rice is the staple food of the Malagasy people. But we all know that this is bad for the land and also destructive to any wildlife in the area. Unfortunately, the Malagasy government allows this and hardly has a choice as the root problem is survival. Another internal threat to Madagascar’s wildlife is the rampant logging for timber. In Eastern Madagascar, particularly on the Masoala peninsula, Malagasy hardwoods are being cut in exchange for $2,000 a ton in international markets, making illegal logging a significant problem even in protected areas. The spiny forests of Madagascar, which is endemic, are also being destroyed for charcoal production. The local population sells their piles of charcoal to the nearest plant source for a small amount of money.

These internal threats have caused direct destruction to habitats and the aftermath of calamities such as soil erosions and agricultural fires. Rivers and streams are also dangered because of other human activities.

Chinese Incursions and the Global Market

Foreign incursions to Madagascar’s wildlife are nothing new. The locals and the government have not done any significant measures to protect their wildlife and become accessories to these illegal hunting and trading in exchange for money. Poaching and selling endangered animals such as lemurs, Chameleons, geckos, snakes, and tortoises has been rampant. Since 1964, it has been declared illegal to kill or keep lemurs as pets, and yet the hunting continues. Rare birds and plants are also being targeted. The demand for exotic animals and species supports the illegal trade and exploits the locals and their communities. Madagascar’s rich marine life provides for the people. However, because of inadequate regulations, the local fishing villages cannot compete with large foreign fishing boats with advanced fishing systems and illegal methods to destroy marine fauna. They are the ones responsible for wanton fishing of sharks, sea cucumbers, and lobsters. If this continues, the villagers will be left with none to catch and the marine biodiversity forever destroyed.

More recently, the Chinese pose a threat to Madagascar’s wildlife and the whole country as well. For the past years, the Chines have been buying and acquiring lands to convert them into rice and sugar cane plantations. This is separate from the shady fishing deals and other “investments” between China and Madagascar.

The Need to Empower the Malagasy Now

While several groups and independent organizations advocate for the protection and preservation of Madagascar’s wildlife and environment, the campaign to eliminate both internal and foreign threats should be spearheaded by the Malagasy people and the national government of Madagascar. If these destructive practices and foreign attacks on the country’s wildlife and marine resources, Madagascar will lose all its natural resources that support its people and its tourism industry. Education and awareness also play crucial roles in the campaign to save Madagascar’s wildlife. Nature and travel photography such as those by Nicki Geigert help raise awareness and appreciation for the Madagascar’s rich natural resources and fantastic collection of endemic flora and fauna that must be protected and preserve for future generations of Malagasy people and the rest of the world.

To know more about Nicki Geigert and her works, buy her photography books or visit her website today.