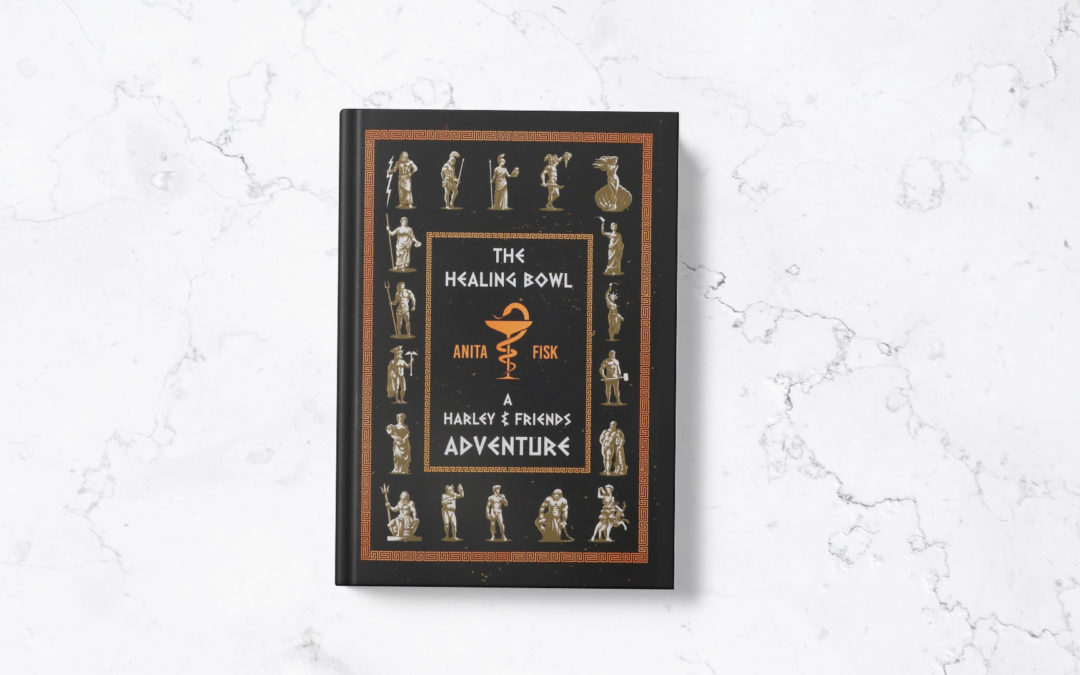 The Healing Bowl is a quest adventures book by Anita Fisk.

Anita Fisk is a seasoned author who has published several books. Fisk is known for her suspense thrillers Unintended Sacrifices, the sequel Twist of Fate, and the dark suspense novel Shadow of Secrets. Last year, Fisk released her first fantasy novel The Healing Bowl. This is a departure from Fisk’s earlier works. The Healing Bowl is a young adult adventure book blended with Greek mythology. It is a quest adventures book by Anita Fisk.

“Greek mythology, a body of stories concerning the gods, heroes, and rituals of the ancient Greeks. That the myths contained a considerable element of fiction was recognized by the more critical Greeks, such as the philosopher Plato in the 5th–4th century BCE. In general, however, in the popular piety of the Greeks, the myths were viewed as true accounts. Greek mythology has subsequently had extensive influence on the arts and literature of Western civilization, which fell heir to much of Greek culture.”

Anita Fisk’s The Healing Bowl is a YA adventure book that blends Greek mythology with modern literature. It reminds me of the Harry Potter series, but more of Rick Riordan’s Percy Jackson series where the main character Percy and his friends encounter real-life gods and goddesses. Let us take a closer look at Anita Fisk’s The Healing Bowl: A Harley and Friends Adventure.

The Healing Bowl: A Harley and Friends Adventure by Anita Fisk

Published in 2019, The Healing Bowl: A Harley and Friends Adventure is a young-adult fantasy adventure by Anita Fisk. The story is set in the modern-day JFK high school where seventh-graders Harley Delosian and TJ attend school. Harley and TJ are best friends along with Tamiko, Azlynn, and Sammy Crabtree. Their carefree lives changed the day TJ began complaining about feeling “fussy-headed” at the end of Ms. Clio’s class. At first, Harley dismisses TJ’s concerns. However, after learning that Sammy got into a coma after suffering while playing football, Harley begins to think that something is weird is happening. Furthermore, Harley and his friends discover that Ms. Clio is not who she really is and may hold the key to saving Sammy’s life. What follows next is a magical adventure that takes them to ancient Greece where gods and goddesses are alive. Their mission is to recover a magical healing bowl that will enable them to wake Sammy from his slumber. But before they can do that, the courage and faith of friendship will be tested. The Healing Bowl is truly a magical adventure ride from start to finish.

The Healing Bowl is something that young readers can very well identify to. From the school setting to the story plot involving friendship, loyalty, and bravery, Anita Fisk’s fantasy adventure is sure to win readers of all ages. Aside from choosing the school as a setting for the book, Fisk also created characters that children can identify with. Drawing from his previous works, Fisk did a great job both in character building as well as in building the plot. The Healing Bowl is filled with surprises, at time suspense, and little edge-of-your-seat moments. However, the greatest takeaway treasure from reading Anita Fisk’s is it reminds us of the value of courage, friendship, loyalty, and kindness.

Other Works by Anita Fisk

The first book from Anita Fisk is Unintended Sacrifice. It tells the gripping story of a family being kidnapped while enjoying during their summer vacation.

Twist of Fate is the continuation of the first book. Twist of Fate, however, centers on one of the main characters from Unintended Sacrifice- Sunny Gardner. The book follows her escape from the kidnappers and her will to finally return home safe and sound.

Although not part of the Morgan family narrative, Shadow of Secrets is Fisk’s third family suspense thriller. The book features a dessert expert named Josephine Castle and her family’s untimely demise.

About the Anita Fisk

Anita Fisk is a retired teacher and author. She grew up in a small rural community where she discovered her interests in myths and adventure tales. It was the story of Cupid and Psyche that first captured her imagination. She then began to create her own stories and characters, often influenced by the tales and characters from ancient times and adventures that talk of friendship. The characters from her book The Healing Bowl are actually inspired by her grandsons.

As a teacher, Anita Fisk taught language arts for middle schools for over 40 years. She also worked as a public school administrator and writing consultant. Her dedication as a teacher earned her numerous awards including the Nevada Teacher of the Year, Christa McAuliffe Award, and the Milken Family Foundation Educator Award. The fantasy book The Healing Bowl is the first of Anita Fisk’s planned fantasy series.