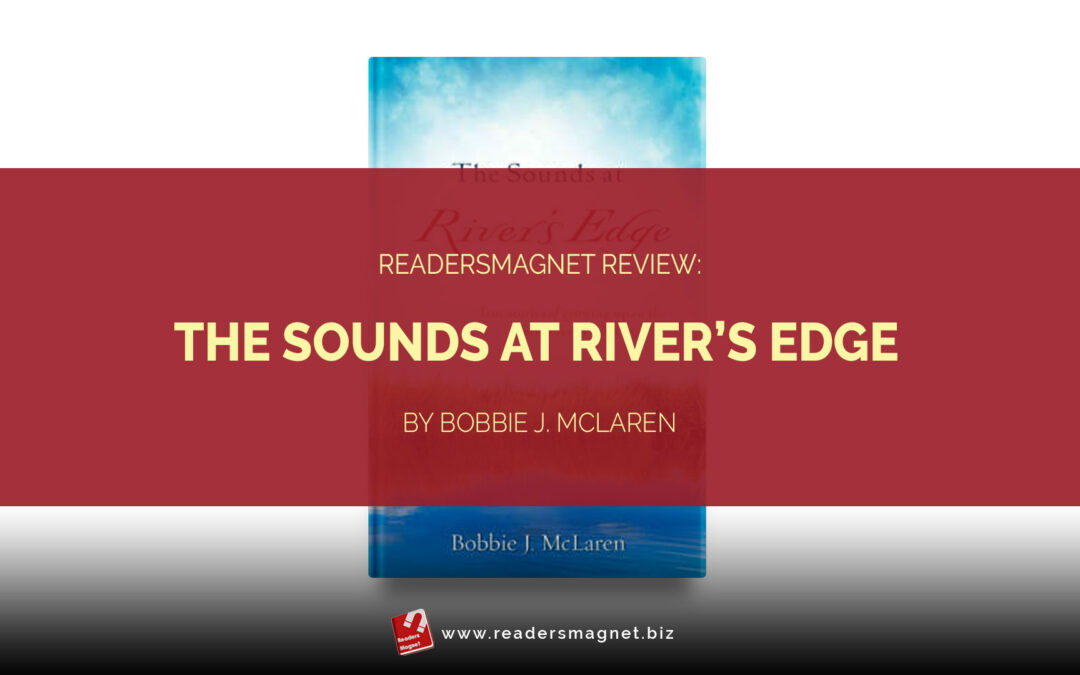 Bobbie J. McLaren is a poet, artist, and writer. In 2007, Bobbie J. McLaren released her 200-page childhood memoir, The Sounds At River’s Edge: True stories of growing up on the Intracoastal Waterway, which captured our hearts because of its heartwarming narrative. McLaren has written several poems and short stories. Currently, she’s living in North East Alabama atop Lookout Mountain, pursuing her hobbies and interest such as painting and sketching while enjoying the company of her two cats and nearby family. Today, we will learn more about the said memoir and glimpse several paintings by Bobbie McLaren.

The Sounds At River’s Edge: True stories of growing up on the Intracoastal Waterway is a heartwarming memoir about the beauty and serenity of simpler times.

The Sounds At the River’s Edge by Bobbie J. McLaren recalls her childhood growing up in South Florida, near the Intracoastal waterway. In her book, McLaren takes her readers on a journey back in time where the outdoors serves as a playground for innocent kids like her and her sister. There was no luxury of smartphones, gadgets, and technology that is now robbing many children of outdoor adventures and physical activities during those times. Kids have to go out, socialize and interact with others.

The Sounds At River’s Edge is a collection of wonderful and heartwarming memories, not only about spending time outdoors but also about family and family values. McLaren heartily shares her close relationship with her family, especially with her dad and her best friend, her sister Christine.

“I would like people to understand that a lot of children grow up in homes where they don’t really have a close relationship with their fathers. I was fortunate to where I can actually say my dad was my best friend. The things that I thought he was really stupid and dumber than dirt when I was young. As I grew older, I realized he was probably the smartest man I ever knew.”

What McLaren’s book provide, aside from a collection of heartwarming tales, is a beautiful reminder to young readers that there is more to life than the Internet, gadgets, smartphones, and other conveniences that many of us are reliant on nowadays. McLaren’s beautiful childhood shows us that life can be serene, convenient, and bereft of stress and anxiety if we focus on what is essential and tangible.

Aside from her fantastic memoir, author, and artist, Bobbie J. McLaren also spends her free time doing paintings and sketches.

At sixty-six years old, Bobbie J. McLaren continues to be creative and actively engaging in numerous hobbies, aside from writing. Bobbie J. McLaren is also a gifted visual artist and has done many sketches, illustrations, and paintings. Most of her subjects are animals and landscape, especially birds and waterscapes, including a boat at sea, a lighthouse back dropped by a rocky beach, and a boathouse. Living in South Florida just by the river’s edge certainly offers many beautiful sceneries and amazing creatures.

Below are just some of the amazing artworks by the very talented author and artist Bobbie J. McLaren.

Indeed, the author lives a serene and happy life, as depicted in her memoir and her paintings. Bobbie J. McLaren inspires us all with her energy for life and her notable works.

You can purchase Bobbie J. McLaren’s heartwarming memoir, The Sounds At River’s Edge: True stories of growing up on the Intracoastal Waterway, via Amazon and Barnes&Noble. You can also visit her website for updates and to know more about her book and her paintings.