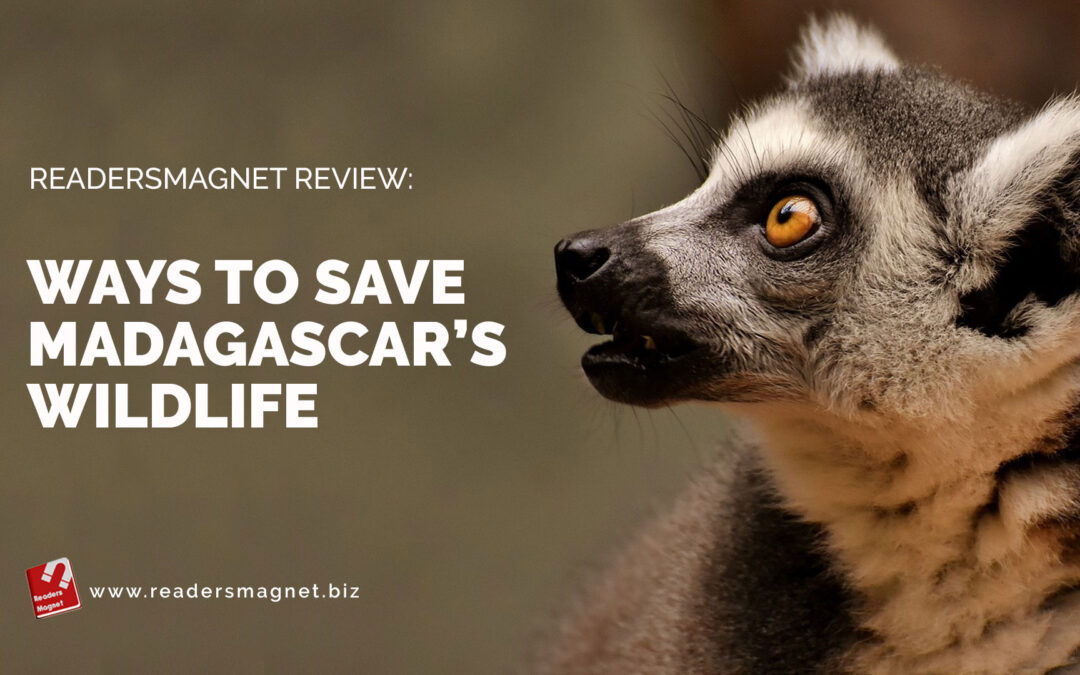 Madagascar hosts majestic natural wildlife, but it is under both internal and external threats.

Since last year, we have been featuring wildlife photography celebrating Madagascar’s majestic beauty. Photographer Nicki Geigert’s Family Trip to Magical Madagascar and Beyond is mesmerizing and made us appreciate flora and fauna of the said country and its unique features. Recently, we also presented Nicki Geigert’s book on yawning lemurs and other animals. While Who’s Yawning Now? is not exclusive to lemurs, it highlights the endangered species and Madagascar wildlife in general, being threatened by inside and outside forces. Geigert is just among many wildlife photographers, journalists, and environmental warriors advocating for the protection and preservation of Madagascar’s natural resources and wildlife. Today, we will talk about ways to help save Madagascar wildlife.

While many international organizations are campaigning to protect Madagascar’s natural resources and wildlife, the goal to save the country relies heavily on its people and the will of their government to finally put an end to threats haunting their beautiful country. Below are the urgent tasks of the Malagasy leaders if they want to save their land and its inhabitants.

In 2018, Madagascar recorded the highest recorded deforestation rate in any tropical country. It has impacted 94% of the country’s previously forest lands because of heavy reliance on wood for fuel and daily needs, as well as illegal logging. Deforestation has pushed many animals, mostly endangered species, to the brink of extinction. The Madagascar forests are home to many types of birds, lemurs, and other endemic animals. If we want to protect and preserve the Madagascar wildlife truly, deforestation needs to end right away.

Another threat that allows the destruction of this beautiful nation is rampant corruption within the local and national government. The corruption is well-entrenched that it threatens the country’s iconic species and habitats. Corruption and indifference allow the trafficking of the country’s precious hardwoods to other countries. As of recent years, China and the Middle East are two big nations that have exploited the rampant corruption in the country. China, in particular, is known for its one-sided agreements with developing countries.

Madagascar is one of the poorest countries in the African region and in the world. Although the nation is rich in biodiversity and scenic spots, the government has not fully accepted it, opting instead to enter questionable treaties that destroy the nation’s many natural wonders. One way to help save the country’s wildlife is first to rescue its citizens from poverty. More than 75% of Madagascar’s population lives in extreme poverty. If the government invests in local tourism and other trade that benefits its people, Madagascar will be in good hands.

Recently foreign excursions are not limited to the forest and plains of Madagascar. For several years now, Chinese fishing boats have been fishing in Madagascar territories, destroying the livelihood of many local fishing villages in the country. Aside from this, the Malagasy government must uphold local tenure rights and start giving land titles and ownership of lands near forest frontiers to local communities. This way, the people and nature are both protected and preserved. Lastly, they must end treaties with other countries that exploit the land and the seas.

Every country dreams of progress and to catch up to the demands of the 21st century. Often, progress means the destruction of the ecology and biodiversity and displacement of most local populations. For Madagascar, this doesn’t have to be so. The country can meet the transportation, water, and electricity demands while avoiding unnecessary environmental and social costs. All it needs is to empower its people and strengthen its laws and regulations covering forests, marine sanctuaries, and other protected areas. Progress need not be the enemy of wildlife protection and preservation.