The Best Books for the Outdoorsman 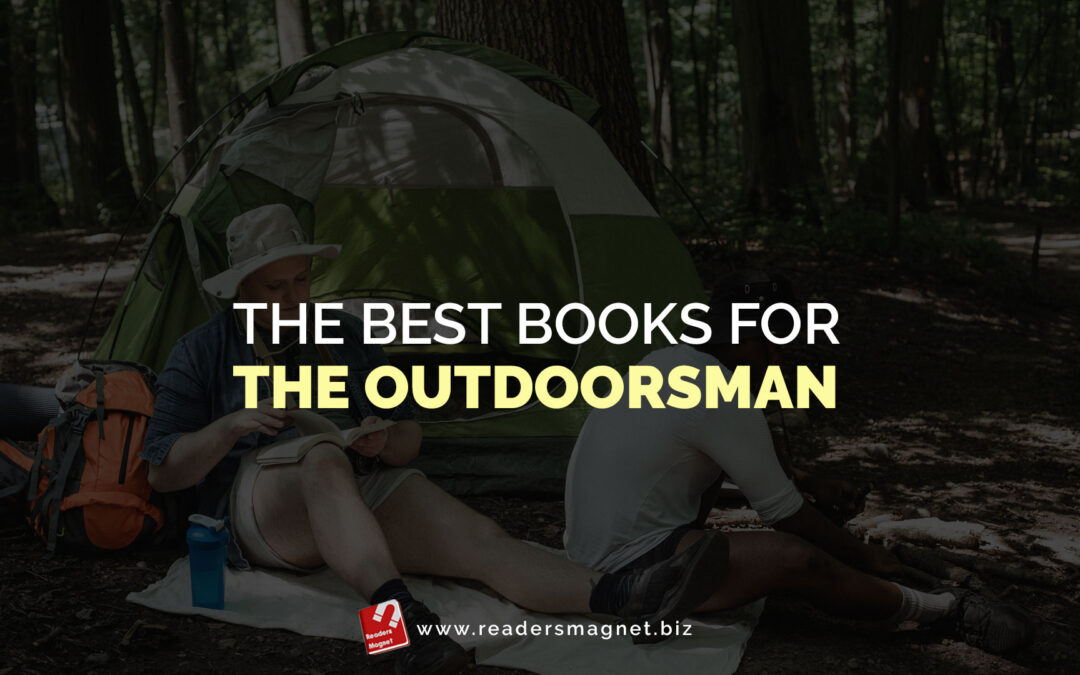 Despite the advancement in technology and innovations, some of the most important lessons you can learn are still found within the pages of a book. Books are still and will always remain valuable. And one of the realms in which that is true is that of the great outdoors. Robert Ruark once said, “The best part of hunting and fishing was the thinking about going and then talking about it after you got back.” Fortunately, some of the great outdoorsmen have produced outstanding works on the subject over the years. Whether it is an all-encompassing guide or an entertaining tale to provide you helpful information about the great outdoors, the greatest outdoorsman icons got everything covered for you. Here are a few of the favorite reads of every outdoorsman.

Author Colonel Tom Kelly shares the greatest and most hilarious book on turkey hunting, Tenth Legion. Tenth Legion was developed after Kelly dictated the entirety of the contents into a recorder while driving down the road, and his wife transcribed it. Tom Kelly’s storytelling shows his deep love and passion for hunting wild turkey. The author noted how hunting turkeys and war are similar in terms of strategy, tactics, and operations. He did not expect this book to be a hit, thinking only to sell at least 200 copies to break even. This became what many hunters are the best commentary on turkey hunting ever written. Tenth Legion is a book about people, life, and big beautiful birds.

The Great Horizon by Jo Woolf

The Great Horizon is a book filled with the amazing tales of explorers from the Royal Scottish Geographic Society. Jo Woolf narrates fifty stories of over more than two hundred years of human history about adventure and exploration in great detail. The Great Horizon presents icons who set out to conquer new territories and claim world records. Woolf’s book is an epic tale of fantasy adventure minus the magic and machinations. He features a varied palette of explorers, both men and women, some of who leaned towards the limelight rather than the adventure.

Into the Wild by Mike Honeycutt

Mike Honeycutt is back again with another travelogue, Into the Wild, featuring his extensive adventures to exotic locales all over the world to hunt and fish. Just like the World of Hunting and Fishing, this presents an amazing exploration and exploits over hills, mountains, and jungles in search of unusual animal species. His array of real-life experiences and excursions provide you insight into the dos and don’ts of hunting and fishing. Besides hunting and fishing, he describes his experience on terrains, cultures, religions, food, and personalities. Into the Wild offers insights into the world Mike Honeycutt traverses and experiences. This is a book that every outdoorsman should read.

Theodore Roosevelt is a scholar, soldier, historian, president, and writer. A great man known to be a vigorous conservation movement, emphasizing the use of natural resources. So it is, without doubt, his book African Game Trails is still popular to this day. African Game Trails accounts for the 10-month adventure by Roosevelt himself in 1910 in present-day Kenya, Uganda, and Sudan. Roosevelt describes the excitement of the hunting chase, the people he met, and the wildlife we collected in the name of science. Traveling to hunt and kill dozens of animals, including Lion and Rhinos, this fascinating tale about Roosevelt’s hunting adventures are a perfect read for hunting enthusiasts.

The Old Man and The Sea by Ernest Hemingway

Ernest Hemingway’s The Old Man and The Sea is perhaps the most known fish tale ever told. This tells a powerful story of the old man and his struggle to bring a giant marlin back to port. This old Cuban man’s love for fishing and his fierce commitment to preserving the dead fish from sharks that relentlessly tore into its carcass. Here Hemingway tackles the classic theme of courage in the face of defeat of personal triumph won from loss. The Old Man and The Sea is an enduring work that will not disappoint even the most serious anglers.