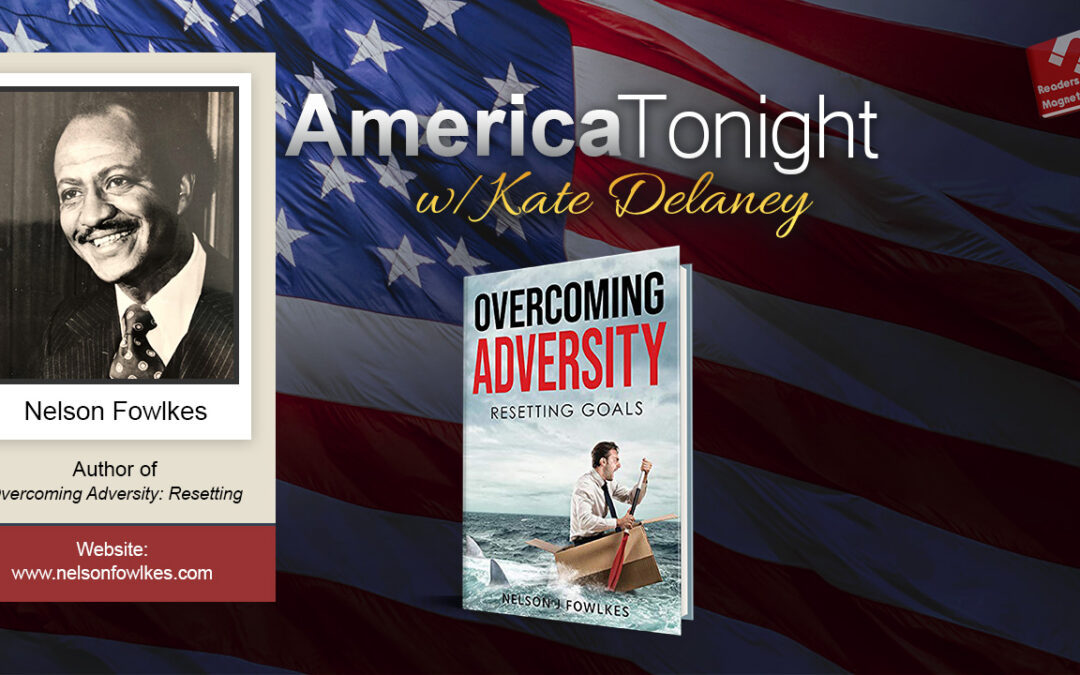 Who is Nelson J. Fowlkes?

Nelson J. Fowlkes is a retired lieutenant colonel who served in the United States Army Medical Corps and then pursued a career in healthcare. As a strategic planning and marketing executive, he co-authored the strategic plan for a medical center in Merced, CA. As the Director of Ambulatory Services at St. Francis Medical Center in Lynwood, CA, he managed primary care clinics in nine southeast Los Angeles communities.

At the University of San Francisco College of Professional Studies and California State University, Fresno, Fowlkes taught working adult students seeking to improve their knowledge in healthcare marketing and delivery of healthcare services. He co-authored the Corporate Health Risk Management Program published in the Journal of Healthcare Marketing.

Fowlkes is an avid cyclist and author of Overcoming Adversity: Resetting Goals. He recently guested on Kate Delaney’s nationally syndicated radio talk show America Tonight to talk about his book.

“I wrote this book because of my transient living style,” said Fowlkes. “I wanted to live and share my journey with my grandchildren, and we saw them very infrequently. So, I started writing things down so they could see that.”

It wasn’t difficult for Fowlkes to find a publisher. All he had to do was send his manuscript to a potential publisher and receive encouragement. “After I started, I sent a really brief manuscript to a self-publisher. The editor looked at it and said, ‘Wow! You’ve got something here, Nelson. Why don’t you continue writing?’ So over a period of five years, I continued to write and included some lifestyle issues in the book, an autobiography of my life.

“We ended up publishing in 2018. The third edition is coming out in the first part of March.”

When asked for his advice about resetting goals, Fowlkes replied, “We must not allow circumstances to define our worth. If we have a goal, we should pursue that at all costs to whatever it takes. I was very tenacious in using a toolkit that propelled me to do whatever I needed to do to accomplish my goals.”

The toolkit refers to the attitudes that Fowlkes believes everyone should develop when attaining their goals: tenacity, self-reliance, optimism, adaptability, and perseverance… especially perseverance, which, the author said, is a key ingredient to his success.

“As I tried to accomplish things and went through different rejections, I had to pursue different alternate pathways to get to my goals. I couldn’t always go and get there on the path that I first chose. So being flexible and adaptable to change, your direction finds alternate ways to get to where you’re going.

A lawsuit against the Army Reserve Promotion Board

Fowlkes got into the military through ROTC at college. He had a two-year obligation to serve on active duty. He went to graduate school and planned to become a chemist, but that didn’t work out, so he decided to serve his two years of active duty. He ended up serving seven and a half years on active duty as a reserve officer.

There should be a picture of Fowlkes beside the word ‘perseverance’ in the dictionary. He was a victim of unjust discharge from the military. Rather than just feeling the victim, he fought back.

“When I came up for promotion for lieutenant colonel, I went up three times, and at the third time, if you don’t make it, you’re automatically discharged if you’re a reserve officer. I was discharged in 1975.

“I didn’t know what to do. I was scared and upset, and my friends and family gave me some advice, so I filed a lawsuit in 1976 against the Army Reserve Promotion Board. In 1979, I joined a class-action group with other affected officers. In 1980, we prevailed, and the court ruled that the reserve officers’ promotion board for the lieutenant colonel was invalid.

“They reinstated us all back to active duty. Except at that time, I passed my schedule on retirement date, which was 1978, so I was able to retire as a lieutenant colonel and retrieve all my retirement benefits, which was a blessing.”

Make sure to listen to the rest of the interview.