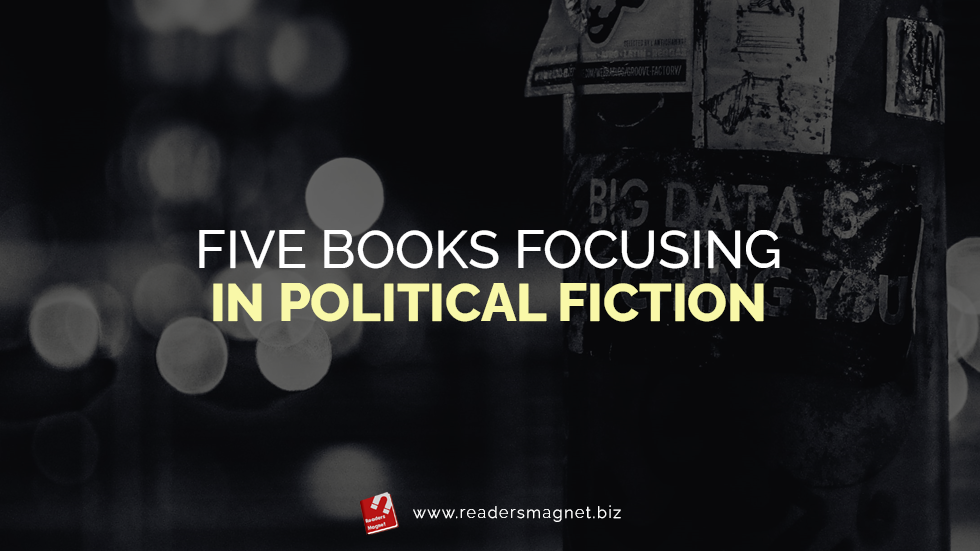 Fiction, whether writing or reading it, is an integral part of our existence. Though most consider fiction as a tool of entertainment, it is also a great tool of philosophy. Fiction allows us a look at things that might have happened, the What-If of history. Fiction gives us a glimpse of the future. Science fiction is most famous for this, but other types of fiction may also have something to say too. Lastly, fiction can also give us an idea of what things can be.

Political novels have a rich canon, and each offers exciting and eye-opening insight into the condition of human society. Even today, political novels still inspire and open the minds of people.

One of the newer entries in the series, it is also a series that currently has four books and a new one coming in late 2022. The books center around Lieutenant Malila Chiu as she tries to navigate relationships, politics, and life in a dystopian America divided by age. The Political Fiction on Books of OMAI is an interesting study that asks the question: “What if the clashing ideals of the old and young generation become full-on political systems.”

The Republic by Plato

The first political fiction book is the longest-lasting. Also, it still remains relevant today. It is fiction that argues against fiction. It is a dialog that aims to establish the ideal state philosophically. Prophetically, it became a guiding factor in establishing emerging and existing societies during the time it was written. Even now, the effects and ideas of the Republic can still be felt with the subtlety ranging from noticeable to non-noticeable.

The Handmaid’s Tale by Margaret Atwood

Another futuristic dystopian model. It is a novel that talks about the Republic of Gilead, a patriarchal, white supremacist, totalitarian theonomic state. It deals with the themes of enslaved and oppressed women in a patriarchal society and the loss of female agency and individuality. It also deals with the reproductive rights of women as well as well as their struggle for their independence and individuality. A sequel was released in 2019 titled “The Testaments,” set fifteen years after the original novel.

Written in 1932, it is a novel that is most relevant today. It is a novel highlighting the dangers of governments having their hand on powerful technologies. It is set in the World State, a futuristic society that revolves around science and efficiency. Indeed it is a novel that was ahead of its time.

George Orwell’s dystopian novel is one of the “most.” It is among the most famous political and science fiction novel. It is one of the most discussed novels. It is also one of the most relevant today. Like Brave New World, it is a novel about a man against a government. While Aldous Huxley’s novel talked about technology, George Orwell’s novel talks about complete government oversight. It is a novel that details what happens when the state has total control of every living aspect of its citizens. It is a gripping novel that has a far-reaching influence. It was so influential that Orwell’s last name became an adjective describing anything that somehow relates to or references any of his writings especially Nineteen Eighty-Four.