In the Absence of Love, What Does Life Become? 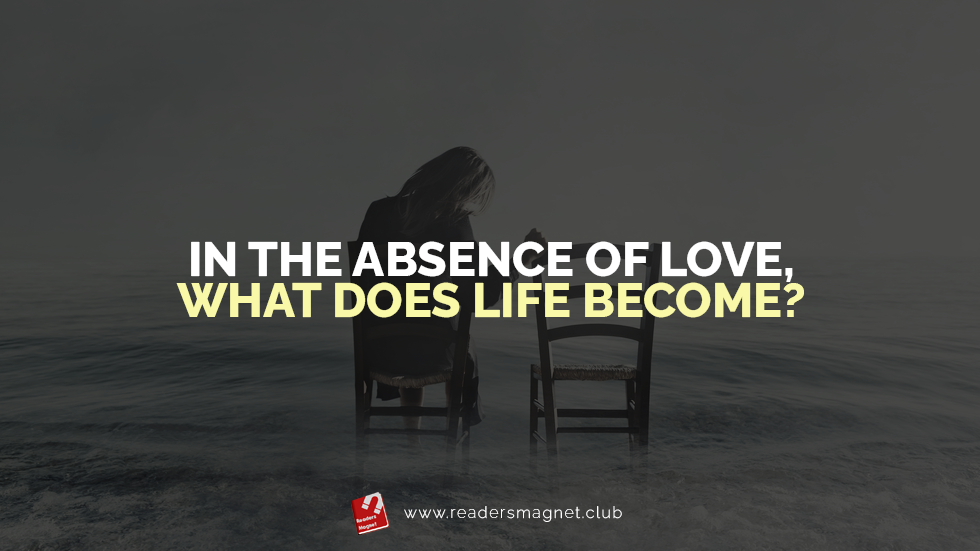 When people are asked what they think the essence of life is, answers are always so distinct, and it’s understandably so. After all, people serve different life purposes. It’s unsurprising that they believe their lives each have unique cores.

In 1959, guru Prabhat Ranjan Sarkar established the idea which states that struggles are the essence of life. This emphasizes that at the center of one’s existence are the struggles one faces. However, he didn’t say this to glamorize the concept. Instead, he did such for the public to normalize and perhaps, appreciate it. Struggle is hard, but its existence is with value. When faced with these difficulties, people always come out with new learnings.

On the other hand, others believe that the essence of life doesn’t only center on people’s struggles. Instead, it’s purpose fulfillment. They believe at the core of every man exists a purpose, and his life is driven toward identifying and achieving this.

However, there is an idea that encompasses both these ideologies.

For people to overcome whatever struggles life gives them, there is one emotion empowering them to believe in themselves. This feeling also helps people find and live their life’s purpose.

To some, the essence of life is love.

However, it’s important to highlight that this love isn’t equal to the emotion or rush people feel whenever they see something or someone they fancy. This love is the quintessential love, the feeling so vast and all-encompassing. It’s the love that’s always with a person. One which doesn’t simply come and go, not until people limit its power to satisfy their personal and individual needs. This love is endless. It’s something that can assume any structure in order to influence people’s lives. This love may even influence other people or take the form of material things to satisfy their material needs.

Love is at the crux of anything people do.

From the very beginning, God made the most significant sacrifice of giving up his son as a gesture to save humankind – a grand gesture of love. His love made people who they are today. It made them free from sins and have the liberty to live their life the way they wanted. Love has been with everyone at the beginning. It also continues to be with people throughout their lives. Love is the essence of life, such that it’s its wheel. It is the machinery that operates in people’s lives, pushing them to discover the things that define them and make them happy. At the end of the day, love is something that people strive to have. Acting as an eternal link between people and everything, love is in everything they do.

Living as one of the great examples of this notion is author Raymond Quattlebaum. He believes that love is a concept that makes the world go round. For him, it’s his drive for everything he does. With this belief, he was able to write two influential poetry books. His books, in turn, have inspired his readers to live their lives to the fullest and pass this inspiration forward. From love, which has inspired him, he was able to inspire people back, proving that love indeed exists in everything.

If love is in everything, why do some people not feel its presence?

Despite this belief that love is the essence of life, some people still feel that the world is lacking in it. They continuously seek it in the things they desire and the people they look for. But what people fail to do is look into themselves. They, themselves, are proof that love truly exists. People are products of their parent’s love and the sum of the love that’s surrounding them. If there is one solid proof of the notion that love is life’s essence, it is people themselves.