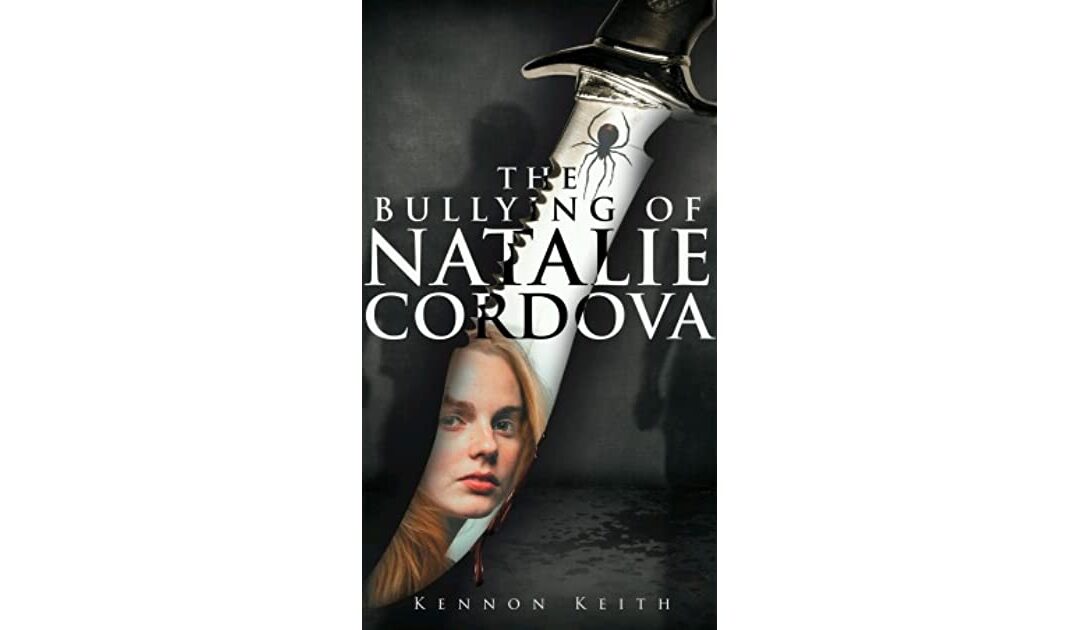 Bullying is causing fear in someone’s mind, threatening someone to get things done that the person is not comfortable with. A bully typically has an authoritarian personality causing harm intentionally to a person who is timid or weak. The person who is bullied develops anxiety, low self-esteem, and loss of confidence. Certain traits of a person can suggest that they could be a victim of bullying.

Research is now trying to understand why victims of childhood bullying are at risk of poorer outcomes in adulthood, not only for psychological health but also for physical health, cognitive functioning, and quality of life, as what happened in Kennon Keith’s The Bullying of Natalie Cordova.

Natalie Cordova is a victim. Belittled and bullied by family and classmates alike, she is a reject. Her life has been a nightmare from childhood to high school. With no friends to call her own or not being able to seek refuge in her family, she accepts her place in life: living and dying alone. Dreams mean nothing to her. Until she has found one, and within that one dream, she finds her courage and strength. She will no longer deal with her fear. She will use it. As fear turns to anger, anger gives in to rage, and rage burns into hate; her future is clear. To end her suffering, she must end those who caused it.

“This is the end. The end of my pain, my torment, and the end of my past. A past I did not want but had forced upon me. Your hatred, abuse, and treatment of me led me to this. And while I will burn in hell for this, it was well worth it.” – Natalie Cordova

Understanding The Effects of Bullying

What characterizes the typical victim of bullying is that they are anxious, quiet, sensitive, and insecure. This type of victim is most commonly referred to as a passive victim. However, it is not only timid and modest students who get victimized. Some victims are characterized by having difficulty concentrating, being easily irritated, provocative, and generally worried and impulsive.

What characterizes bullies is that they are often aggressive towards their peers, teachers, parents, and other adults. This aggression peaks typically in early to middle adolescence and could be explained by the teens seeking autonomy from their parents. This leads them to rely more heavily on peer social support, social status, and popularity, which increases the pressure to obtain peer acknowledgment and superiority over other students.

Indeed, this book of Keith is a gripping and potent journey of intrigue, mystery, and manipulation with several unexpected moments.

Published by New York City-based Page Publishing, Kennon A. Keith’s chilling work will leave the reader in their seat!

Kennon A. Keith was born in April 1980 in Los Angeles, California. His parents raised him with solid Christian values and constantly reminded him that if he had “faith the size of a mustard seed, he could move mountains” (Matthew 17:20). He went to South Pasadena High School, where he discovered his love of writing. But most books he read during this time did not spark interest in him. He wrote stories that he wanted to read, and when that occurred, Keith found that he could write for hours uninterrupted. This is because he found his groove only when he could let his creativity soar.

In 2006, he finally got into college and earned a BS/BA and an MBA in Global Business. During his time in college, he began to pen stories again. His passion was rekindled. His writing style is very graphic and detailed. His work is not for children or the weak of heart, but every word has a purpose, every character a destiny, and every decision a reason. Reading his book is like going in with your mind as a blank canvas and letting him paint the picture.