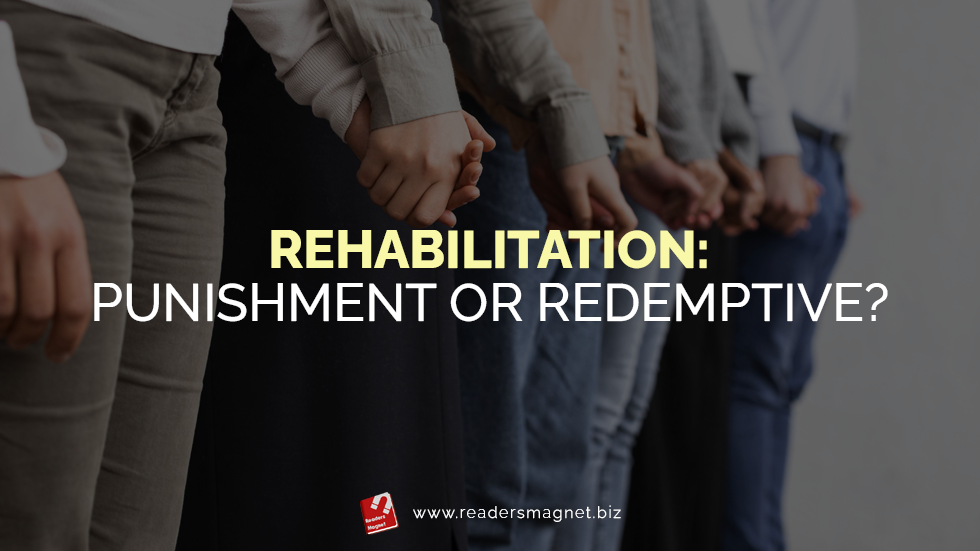 There is this stigma that the role of a prison correctional system is to serve only as a detainment for law offenders. Somewhere along the way, it has been overlooked that the essence of a correctional system is to restore a person to their normal life and leave the life of crime behind. To rehabilitate an inmate is, or should be, the purpose of a correctional system or the criminal justice system. In Real Prison Real Freedom, a book by Rosser McDonald, the author highlights how the most violent man and inmate in Texas prison, Rickie Smith, underwent a radical transformation through the guidance of a Texas-based Baptist Minister, Bob Norris. Smith’s rehabilitation and transformation was all over the news because his story is one of what miracles are made of.

How do people see rehabilitation?

Not many people see eye to eye when it comes to what rehabilitation is all about. Some people see it as a saving grace, a lifeline to a second chance at life, while others see it as an inconvenience, almost akin to punishment. Of course, that perception of rehabilitation as a punishment is not without its merits.

Way before there have been any improvements to how prison facilities or the criminal justice system runs its prison, think of along the lines of more than a century ago, rehabilitation has been in the form of manual labor; hence, a punishment. The penal detainment system has gone through a lot of transitions. Penal labor, as it was called back then, is a generic term for forced labor, wherein inmates are required to do manual labor, whether light or hard labor. Penal labor typically took place in labor camps, prison farms and colonies, military units, and even on prison ships.

Over the years, with many debates and haggling, imprisonment rehabilitation changed as the millennia moved into the era of championing human rights. The concept of labor differs from state to state, depending on the existing ruling jurisdiction. But despite its ongoing existence, whether in the form of hard or light manual labor, one thing is for sure and is being fought for – that there should be just and proper compensation for every labor rendered. That’s when prison rehabilitation took on a more positive note.

Rehabilitation in the modern-day

Rosser McDonald’s book describes how astoundingly Texas inmate Rickie Smith’s life took a dramatic change through the guidance and counseling of Baptist minister Bob Norris, and later on with Christian warden, Keith Price. Although not formally integrated into the Texas correctional system, Rickie Smith’s rehabilitative approach is a strongly encouraged rehabilitation method. Smith’s approach is faith-based, but there are other forms of rehab that are strong reflections of how rehabilitation could be something that’s redemptive.

One of the rehab programs approaches is counseling or psychological counseling. Counseling covers the overall well-being of an inmate. Aside from covering mental health problems, counseling also seeks to address any existing issues associated with the person’s incarceration, such as drugs, alcohol, or substance abuse and dependency.

Community-based programs are also approaches to rehabilitation. Examples of community-based programs are parole and probation, study release, or work release. Both parole and probation constitute a conditional type of freedom wherein the inmate is released from prison but is subjected to a set of responsibilities. Parole is granted by the parole board, while the court directly gives probation. During parole and probation, the prisoner is reintegrated into the community with programs to help support and promote their rejoining the community. A study released paves the way for the inmate to join in academic or vocational skill training programs, while a work release allows the inmate to work day time outside of the prison.

Rehabilitation in this day and age has come a long way from the corporal-like type of punishment it used to be more than a century ago. Even though everyone sees rehabilitation from different perspectives, rehabilitation is essential to a prisoner, in and out of prison. Whether to prevent an inmate from becoming a recidivist or to miraculously transform them into a new person, just like what happened to Rickie Smith, it cannot be denied that rehabilitation is a progressive step that needs to be taken by any correctional system.

Read more about Rickie Smith and the prison operations that need to come under the spotlight in Rosser McDonald’s book, Real Prison Real Freedom. Grab a copy of the book now on Amazon, or visit the author’s website at www.rossermcdonald.com.