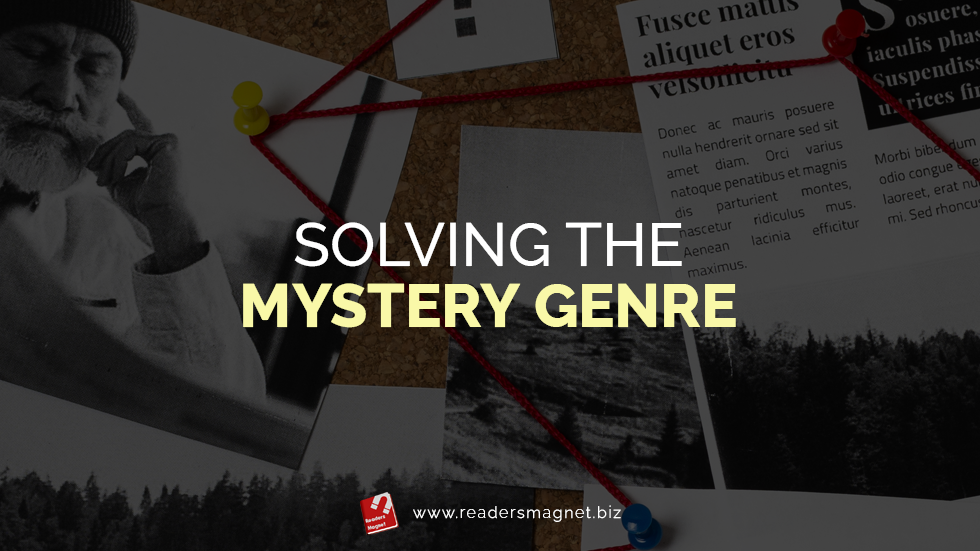 The Mystery genre is among the most revered genre in all of literature. No matter the age, the genre keeps every reader on their toes. And it is not without reason; after all, it is the genre that rouses the curious nature of people. Although most of us want to be confined in the safety of our homes, there exists within us the thirst for adventure and thrill-seeking. Aside from the adventure genre, the mystery genre provides the thrills that readers are looking for. And then there is the ending. Endings are what stories are all about. Nobody would read a book without wanting to reach a satisfactory ending, and nobody does satisfactorily as the mystery stories do.

Another great strength of this genre is its flexibility. The basic DNA of the genre can exist no matter the setting. It can be set in space or on the streets. It can be in Victorian Era London’s strict and disciplined society, or it can be set in a post-apocalyptic Cyverbunk Los Angeles where the alleys are both dirty and grimy alleys of cyberpunk Los Angeles. No matter the dressing, a mystery novel will delight its readers.

Another great strength of the genre is its ability to engage readers of different ages. The mysterious is not limited to complicated and convoluted stories. It can be as simple as finding out who ate the cookie left out for Santa in the children’s mystery book Is it Santa by Nelibeth Plaza. Such a simple mystery is appropriate for such a simple age. The story’s mystery is about who ate the Christmas cookies given to the titular Christmas visitor. It is a mystery novel at its core with a whodunit flavor. It has all the elements: The mystery or crime (who ate the cookies), the victim (Mother Rebekkah), and the hero or amateur detective (young Jacob) who solves the problem.

For older audiences, they can begin with one of the numerous stories of Arthur Conan Doyle’s most famous detective: Sherlock Holmes. Holmes, who has become a well known cerebral detective of Scotland yard, stars in multiple stories that started with” A Study in Scarlet” and have expanded in stories such as “The Hound of the Baskervilles,” “The Adventures of the Engineer’s Thumb,” and “The Valley of Fear.”

Agatha Christie is another milestone author of the mystery genre that both old and young audiences can enjoy. She wrote about 66 detective novels and 14 short story collections, a prolific writer. Two of her most famous creations are Hercule Poirot and Miss Marple. Her most famous work is the mystery novel, “And Then There Were None,” which is one of the top-selling books of all time. Other books by her include the Poirot vehicle “Murder in the Orient Express” and “Death on the Nile,” as well as Miss Marple helmed stories of “The Thirteen Problems” and “Sleeping Murder,” among others.

Now while most of the stories given are detective fiction, the mystery genre is not only limited to that. Mystery fiction can be classified into a true crime genre, which usually recounts real crimes committed by real people. This genre is especially regaining popularity thanks to the rise of podcasts geared around it. Next is the Cozy mystery genre. These are mystery stories that usually shy away from violence and suspense. More often than not, they feature female amateur detectives.

A legal thriller is also a form of the mystery novel where the mystery is often solved with the help of the proceedings in a legal courtroom. Cousin of the legal thriller is the police procedural that focuses on how the police solve crimes through proper police proceedings. The howcatchem is also a mystery novel which is an inverted detective story that describes the “how-to” of solving the crime. It is the opposite of the whodunit in that most of the pieces of the mysteries are already known to the reader.

Hardboiled fiction is also another mystery novel related to detective fiction but more violent and gritty. Then there is the historical mystery set in a historical period. The locked-room mystery is another classification of the mystery genre that focuses mainly on an “impossible” murder.

Those classifications all round up the entirety of mystery fiction.