5 Books About Faith And Nations 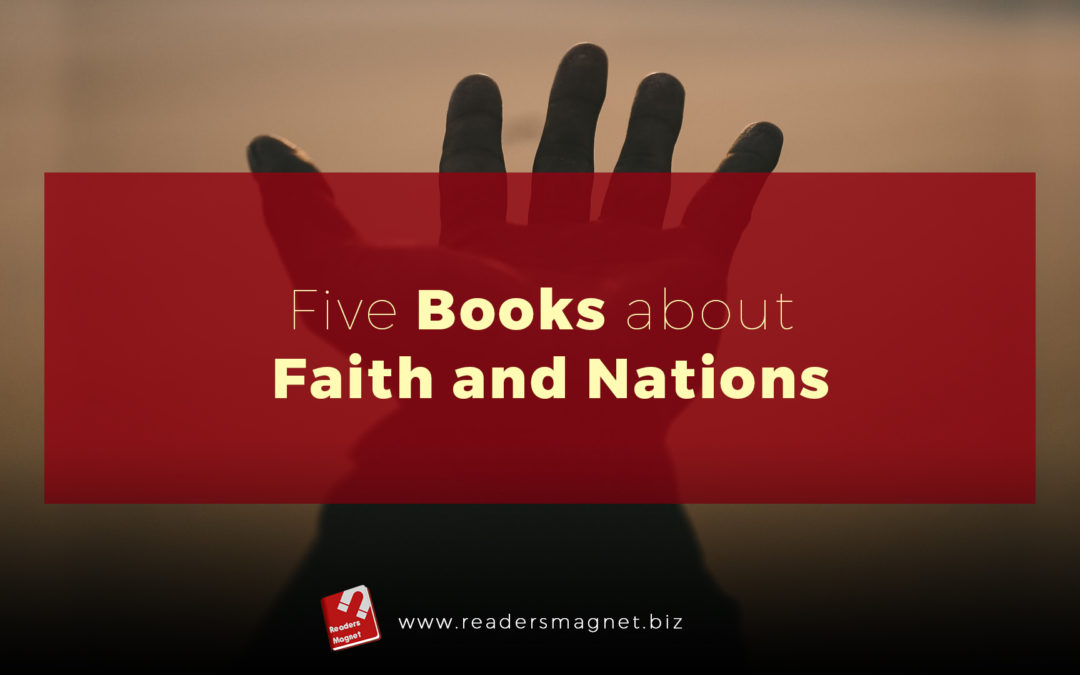 Reading about nations and their respective religions helps us understand more about the people and their culture.

The recent news featured disturbing scenes about prejudice, racism, and hate. Everywhere we all have our differences, and sometimes these differences in language, color, heritage, tradition, and faith tend to divide us, and the nation we are in. Studying other people’s culture and history might help us understand our fellow countrymen whose backgrounds are different from ours. Studying their faith might help us develop a sense of respect and tolerance for other people and nations, including our own. Here are 5 different books about faith and nation that we can read this month of June.

The Transformation of American Religion by Alan Wolfe

The Transformation of American Religion is a book by sociologist Alan Wolfe. In this book, Wolf tries to convince readers that American culture is dominating the American religion. By bringing together a wide body of literature about worship, fellowship, doctrine, tradition, identity, and sin, Wolfe examines how Americans actually live their faith. Focusing on personal stories, he shows readers various faces of religion across the country. For Wolfe, “gone is the language of sin and damnation, and forgotten are the clear delineations between denominations” The modern American society has created a friendly God as well new creeds and doctrines. An insightful and provocative read, The Transformation of American Religion paints a contemporary truth about Americans and their faith.

Apostasy Can Lead a Nation to Self-Destruct by Philip Wittig

The Return of the Buddha by Himanshu Prabha Ray

Himanshu Prabha Ray is Chairperson of National Monuments Authority, New Delhi, and former Professor, Centre for Historical Studies (CHS), Jawaharlal Nehru University (JNU), New Delhi, and in 2014, he published The Return of the Buddha: Ancient Symbols for a New Nation. In this book, Ray traces the evolution of Buddhist archaeology in colonial India. He also examines its impact on the reconstruction of India’s Buddhist past, and the making of public and academic discourse around these archaeological discoveries. The Return of the Buddha discusses the role of the nation and modern Buddhist institutions in the reconstitution of national heritage through the promulgation of laws for the protection of Buddhist culture and its treasure (monuments, sites, and relics). The book is designed for scholars and those who are interested in learning deeper about the history of India and culture.

The Invention of the Jewish People by Shlomo Sand

Shlomo Sand is an Israeli historian and teacher who studied history at the University of Tel Aviv and the École des hautes études en sciences sociales, in Paris. In 2010, Shlomo Sand published The Invention of the Jewish People takes readers on a journey through history. In this book, Sand provides an extensive and groundbreaking chronicle of the history of Israel and the Jews. One major highlight of Sand’s book is his argument against the myth that there was a forced Jewish exile during the first century by the Romans. He argues that most modern Jews descend from converts, whose native lands were scattered across the Middle East as well as in Eastern Europe. The Invention of the Jewish People is a must-read book for all those who want to understand the history of Israel and take a peek at Israel’s future.

The Middle East and Islamic World Readers gather essential documents and ideas from scholars in order to provide readers a comprehensive and insightful history of the Islamic lands and its people, from the Golden Age of Islam to today’s twentieth-century Muslims. Together with Stuart Schaar, Marvin Gettleman presents carefully framed essays beginning each chapter with over seventy readings that reveal the rich and sophisticated societies and political systems of the Islamic world. The Middle East and Islamic World also feature theological text that educates readers about the differences between Shiite and Sunni Muslims, diplomatic exchanges and state documents, memoirs, literary works, and even manifestos of Islamic radicals. It is a truly valuable anthology that deserves to be read by Muslims and those who want to understand the Islamic World.