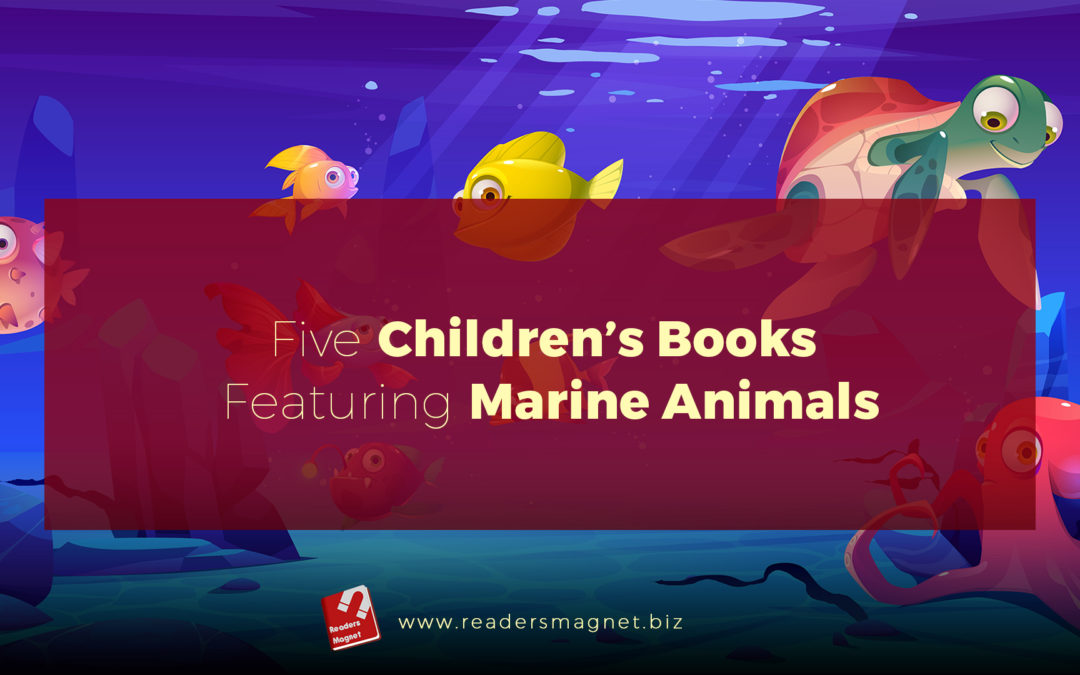 It’s the middle of the year, and we’re pretty sure many of us miss being outdoors. For those who love the beach and the ocean, it must have been hard being stuck at home since the start of the year. Unfortunately, we would have to wait a little longer until all of us are safe from this pandemic. In the meantime, we recommend reading these five children’s books that feature marine animals as their main characters. We hope you enjoy our list.

One Tiny Turtle by Nicola Davies

Nicola Davies takes us into an amazing journey with one of the world’s mysterious animals, the loggerhead turtle. The book follows the adventures of a baby turtle as she matures into adulthood. Nicola Davies’s narrative teaches young children about the life cycle of turtles as well as their amazing journey in the ocean world. Together with detailed paintings by Jane Chapman, One Tiny Turtle is truly an entertaining and educational read.

Janet Councilman is a writer and an artist. She is the author of several children’s books with animal characters. Sammie the Shark and the Return of the Lost Gift is a heartwarming story about a shark who lives in the coral bay. One day, Sammie found a treasure lying on the ocean floor. The shiny object that Sammie found looks very valuable. Sammie realized that the object must have been a special gift to someone. Sammie the Shark is a wonderful fable that celebrates the value of thoughtfulness and kindness towards others. Janet Councilman’s narrative and illustrations also remind readers about the beauty of the underwater as well as the value of having animals living freely in their natural habitat.

Humfrey the Lost Whale: A True Story by Wendy Tokuda and Richard Hal 1992

Published in 1992, Humfrey the Lost Whale: A True Story by is based on Humfrey the Whale. Humfrey is a humpback whale who entered the San Francisco bay twice, in 1985 and 1990. In this book, Tokuda and Hal highlight the heart-warming efforts of Humfrey’s rescuers and the community in bringing Humfrey back to the ocean. This 32-page non-fiction illustrated book is filled with brilliant illustrations that will take readers to those amazing rescue moments, and Humfrey’s successful return to the Pacific Ocean. The books will teach young readers the value of caring for endangered animals and how being part of a community is important in getting things done. Humfrey the Whale was last seen in the Farallon Islands in 1991.

I’m pretty sure most of us are familiar with the big bad wolf and the three little pigs, wherein a mean wolf has an appetite for little pigs. Will Grace and Ken Geist’s Squid and the Octopus is a funny version of the classic children’s story. Instead of a big bad wolf, a giant shark is on the hunt for three small fish who each. Their mother told them to build their own homes. One builds his shelter on a seaweed, which the shark easily destroyed. The second one decides to build a house of sand, again to his fish’s tragedy. Only the third fish who was smart enough to build his home in an old sunken ship was able to survive and outsmart the mighty predator. The Three Little Fish And The Big Bad Shark is a delightful take on one of the timeless classic stories we all love as kids.

Squid and Octopus: Friends for Always by Tao Nyeu

Squid and Octopus: Friends for Always is a picture book by award-winning author Tao Nyeu. It a collection of stories that follow the adventures and friendship of a squid and an octopus. The book is consists of four short stories that feature various moments of their friendship- both happy and not-so-happy moments. The squid and the octopus always cheer each other up especially during glum times and support each other. With beautiful illustrations and a classic story of true friendship, Tao Nyeu’s Squid and Octopus is not only entertaining but also filled with values and inspiration. It is a unique story with unique characters about friendship under the sea.