5 Legal Thrillers to Read This June 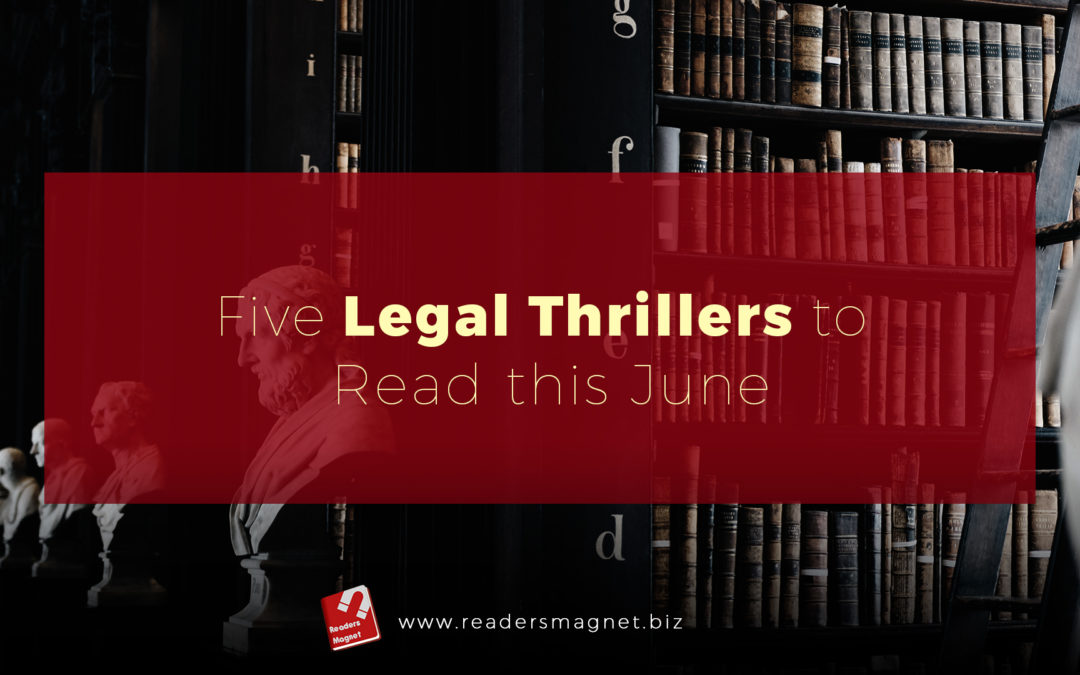 ReadersMagnet recommends these five legal thrillers to read this June 2020.

The Firm by John Grisham

It’s hard to come up with a list of legal thrillers without including one from John Grisham. Originally published in 1991, The Firm is Grisham’s second book. The novel follows the story of a young attorney named Mitch McDeere, who discovers that the humble firm that he is a part of is a front of a crime family in Chicago. The said crime family is involved in tax fraud, money laundering, and the murder of lawyers who worked under them. Mitch must team with the FBI to save his life and those he loves. With over 1.5 million copies a few years after its publication, The Firm remains one of John Grisham’s most popular legal thrillers.

One of the thrilling courtroom drama novels of 2019, Thirteen is an outstanding suspense thriller that will leave readers at the edge of their seats. What if the criminal you are looking for is not on trial, but sits on the jury? A movie-star is accused of killing two people. However, his lawyer, a former-conman-turned-criminal-defense-attorney is certain that someone else did it and he is just around the corner. Filled with intense build-up, unexpected twist, and explosive courtroom scenes, Thirteen by Steve Cavanagh, is a fast-paced legal thriller that both gripping and entertaining. A must-read for all modern legal thriller fans.

The Witness by Wanda Draper

The Witness: Anatomy of A Killer is a 2016 thriller by Wanda Draper. In her book, Draper explores the minds of convicted killers, from their childhood to the various encounters that shape their killer instincts. Draper pieces together the shards of family circumstances and critical life events that are often missed out when studying criminals and the crimes they have committed. With decades of experience as a trial witness, Draper provides readers a glimpse of the justice system of the United States of America. The Witness: Anatomy of a Killer helps us to understand not only the nature of criminals but also the nature of how we view crime and punishment and helps us answer the question: What is justice?

Defending Jacob is a 2012 American crime drama novel written by William Landay. The story centers around Andy Barber, an assistant district attorney in Newton, Massachusetts. Barber is investigating the murder of a boy named Ben, who is a classmate of his son Jacob. As the story unfolds, Andy discovers a knife similar to the murder weapon, in Jacob’s room. What follows next is a series of events that will shock both Andy and his Wife. Defending Jacob is a gripping and riveting read about a father’s love for his son and the haunting realities he must face. Truly a suspenseful read from start to finish.

To Kill A Mockingbird by Harper Lee

Forty years since it was first published, Harper Lee’s classic novel remains a relevant read, especially with the recent events involving the death of an innocent black man Floyd George.

Filled with passion, drama, sense of justice, To Kill A Mockingbird takes readers to the roots of human behavior. Lee’s narrative focused on the story of rape and racial prejudice. Now with over 18 million copies in print and translated into forty languages, it is one of the many books taught and discussed in high schools and colleges across the United States.