5 Poetry Books to Read This July 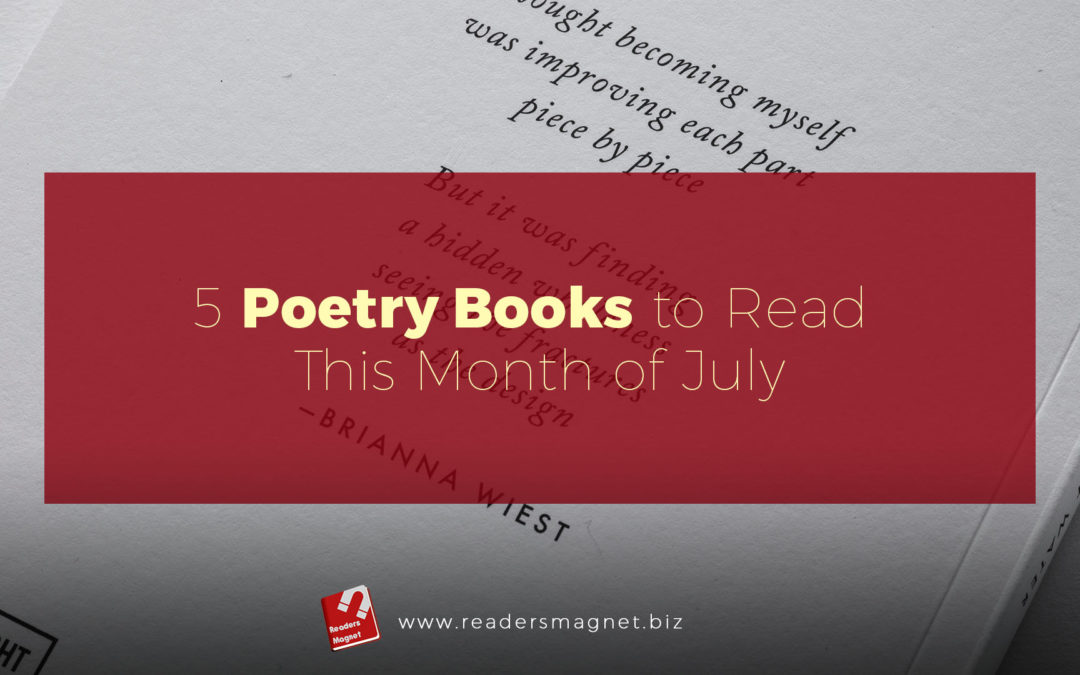 ReadersMagnet recommends these easy-to-read poetry books to read this month of July.

It’s the month of July and we came up with a new batch of poetry books to read this month. We decided to compile poetry books that are easy to digest and do not require much of your time. Without further adieu, here is our poetry book list for July. Enjoy!

Frank O’Hara was a poet, writer, and art curator. In 1964, City Lights under poet Lawrence Ferlinghetti published O’Hara’s Lunch Poems. It was commissioned by Ferlinghetti but O’Hara was having trouble completing it. The book’s title has something with the time most of the poems were written. It appears many of these poems were written by Frank O’Hara during his lunch hour. The themes and topics of his book vary. O’ Hara wrote about friends, pop culture, contemporary figures, and New York spots. The poems compiled in this book are works written between 1953 and 1964. Lunch Poems is one of America’s most popular poetry books.

The Color of Love by Raymond Quattlebaum

Where the Sidewalk Ends by Shel Silverstein

Where the Sidewalk Ends is one of the classic poetry books made for children. The poems and illustrations in the book were done by Shel Silverstein, a cartoonist, song-writer, and children’s book author. It was published in 1974 and featured themes that common children encounter in real-life. Although this was a children’s poetry book, it was banned in many libraries and schools because of the language Silverstein used in his poetry. However, since its publication, Where the Sidewalk Ends has gained commercial and critical success. This hilarious book with beautifully drawn images has produced audio auditions as well as book editions with additional poems. In 2004, a 30th Anniversary Edition was released.

Published in 2017, Happy is a collection of poems and prose answering the following questions: What makes people happy? What is happiness? Can happiness be found from people, places, and things around us, or is it purely internal – a reflection and result of our own thoughts, feelings, attitude, and mindset? Can we really be as happy as we want to be?

Author Robin Barrat successfully compiled 129 masterpieces from 60 writers in 21 countries: Antigua, Australia, Bahrain, Canada, England, France, Greece, Indonesia, Ireland, Kenya, Malaysia, Mexico, New Zealand, Nigeria, Puerto Rica, Scotland, South Africa, Sri Lanka, Uganda, USA, and Vietnam. With authors coming from different backgrounds, culture, and tradition, Happy is set to cover many aspects and angles of happiness that is sure to inspire and entertain readers at the same time. Barratt was able to gather the most talented and influential writers of today to come up with a remarkable work of art.