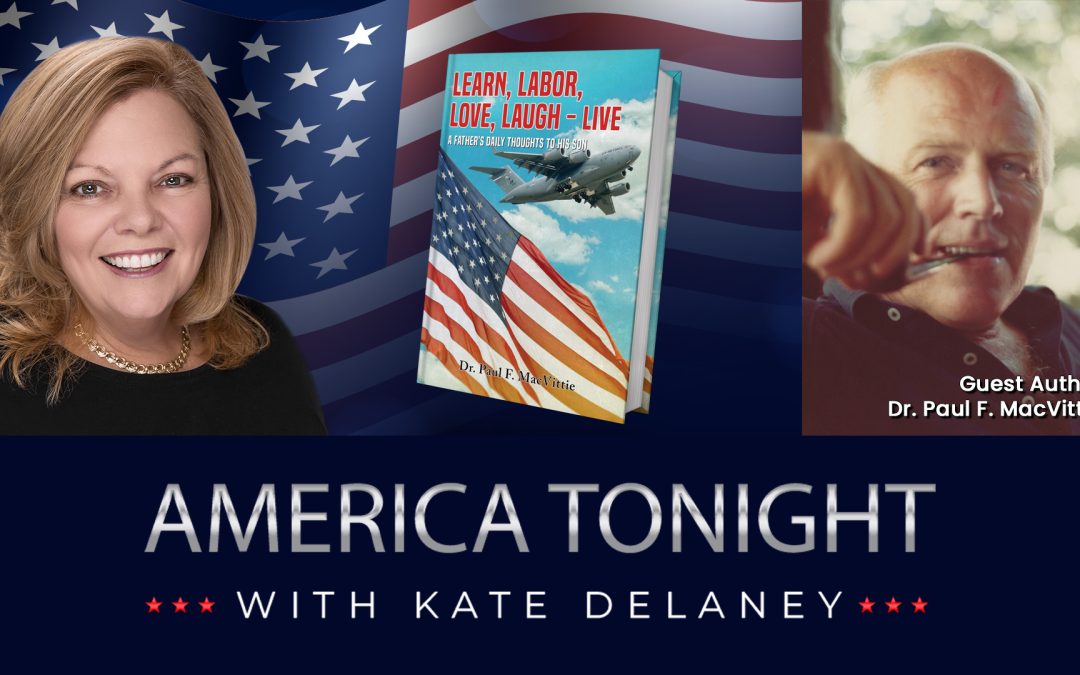 Raising a child is not a simple walk in the park. It entails countless responsibilities that eventually affect how the child interacts with the world and becomes a responsible adult. To be a parent is no easy task, especially when one has encountered difficulties growing up. Such is the case of Paul MacVittie, but he didn’t let his past affect how he loved and cared for his child.

Portrait of a Loving Father and an Inspiring Author

Before becoming the best father he could be, author Paul MacVittie has to traverse a challenging life. Born in 1937, Paul was taken from his mother when he was eight months old. After reuniting with his father, he only felt a feeling of belonging through high school and local sports. Paul received an athletic scholarship offer to a “Prep School” in Milford, Connecticut.

Paul’s career spanned a variety of disciplines. He has worked as a college coach, inspirational speaker and teacher, business personnel executive, and psycho-dynamic psychotherapist – a life coach. Paul emulates what life has taught him in his writings. Those who have read Paul’s book find it awe-inspiring. One of his readers has described Paul as a loving father many men would inspire him to be.

A Deeper Look into a Well-Lived Life

In his up-close interview with Kate, Paul talked about his inspiration for sharing his book with the world. “I wrote the book to show people that living life regardless of circumstances can be a positive experience,” Paul answered.

One of the highlights in Paul’s book is his childhood. Despite his traumatic experience of being kidnapped as a young boy, Paul never loses sight of the things and moments that make life worthwhile. Part of such things is sports which have played a significant role in Paul’s life as a young man. He turned to sports that gave him comfort amid the unpleasant things that were going on in his life. “Sports became my extended family,” Paul said. “The coaches became parental figures,” she added.

Paul has a fascinating path to education. He revealed that he didn’t know what to do after graduation, but Paul always saw that he wanted to work with people. “I realized that I have a lot to learn, so I kept going to school,” Paul shared. From there, he went to Gordon College, Gordon-Conwell graduate school in Massachusetts, Fuller graduate school in Pasadena, CA, and St. Louis Psychodynamic Institute in St. Louis, MO.

Paul emphasized the role of psychology in his life. He noted that studying psychology pushed him further into knowing more aspects of himself. “That (psychology) is probably the most critical… who am I? what’s expected of me? What can I hope for? Those basic questions of what you face every day. I decided to see what I could get out of it that would profit me in terms of who I was gonna become.” Paul wants to share what he learned with other people. Particularly the value of choices and making wise decisions in life. According to Paul, humans have limitless potential.

At the end of their conversation, Kate Delaney asked Paul how important laughter is in a person’s life. “It is critical, especially when you’re being able to laugh at yourself,” Paul replied with a good laugh.

Paul applied what he learned from how he brought up his son Mac. He continued to stay in touch with his son even after Mac left for college. Paul sends him daily “Thoughts For Today” to encourage him to think clearly and live a balanced life. This custom has persisted for more than 20 years. Mac is now a prosperous colonel in the Air Force.

An Opportunity for Growth

Readers of “Learn, Labour, Love, Laugh – Live: A Father’s Daily Thoughts to His Son” can learn much from the book. “I hope they take away from the fact that whatever they had, they can turn it into fertilizer. What they’re doing, and what they choose to do, they have growth opportunity, and they can learn a lot about themselves,” Paul said.