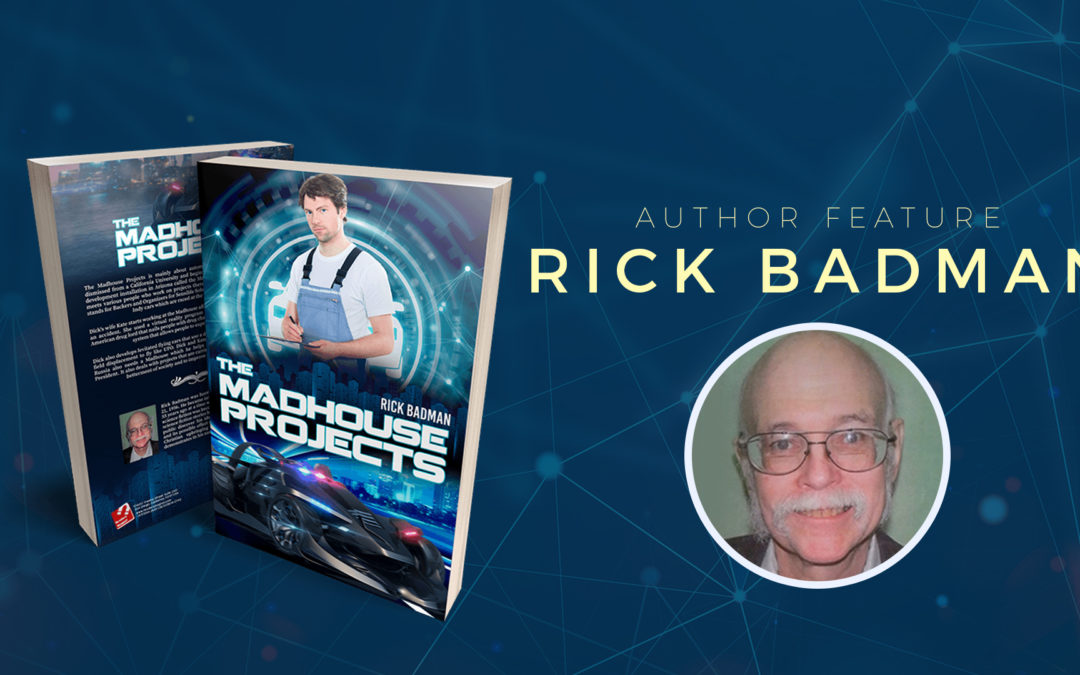 Rick Badman is an author of sci-fiction books The Madhouse Projects and The Russian Madhouse.

Science Fiction genre has evolved greatly during these past few decades. It has created multiple sub-genres. Novels about an alien invasion, artificial intelligence, mythic fiction, nanotechnology, dystopia, and space opera have gained commercial and critical successes.

Rick Badman was born in Warsaw, Indiana on March 21, 1956. He became interested in science fiction over 55 years ago at a time when what once was considered science fiction was becoming factual. He began writing science fiction stories back then and longed to have the public discover his ideas about futuristic technology and its possible effect upon the world. Rick Badman’s Christian upbringing gives him optimism as he demonstrates in his narratives.

Rick Badman was born on March 21, 1956, in Warsaw, Indiana. Rick’s interest in writing science-fiction began at a very young age. He started writing plays when he was in fourth grade. When he was only in 8th grade, Rick began writing science fiction stories inspired by sci-fi television shows and books he read. Rick Badman’s works have been featured in radio shows. Badman became interested in sci-fi more than 55 years ago, especially in futuristic ideas and its technology.

In 2002, Rick Badman released the futuristic novel The Madhouse Projects. After 17 years, he published another sci-fi work, The Russian Madhouse. Below are short summaries of his published works.

The Madhouse Projects is mainly about automotive engineer Dick Thurman who is dismissed from a California University and begins work at an underground research and development installation in Arizona called the Madhouse due to all the activity there. He meets various people who work on projects there for an organization called BOSS which stands for Backers and Organizers for Sensible Solutions. He builds fly-wheel-power electric Indy cars which are raced at the 2037 Indianapolis 500.

Dick’s wife Kate starts working at the Madhouse after the Thurman’s are considered killed in an accident. She used a virtual reality program that gets information out of a South American drug lord that nails people with drug charges. Later she develops a micromachine system that allows people to experience good mind trips.

Dick also develops levitated flying cars that use a double-field motive system to levitate and field displacement to fly like UFO. Dick and Kate’s Christmas vacation to Europe and Russia also needs a Madhouse which he helps organize out in places around the world for the betterment of society and to improve the conditions of the world.

Other Works by Rick Badman

The Russian Madhouse features an automotive engineer who becomes a director at an underground research and development installation in Siberia. He convinced the Russian President who looks like Stalin to start the installation that is referred to as the facility. Dick Thurman and his wife Kate arrive in February 2040 in a flying car.

The Russian President is shown weapons and enhanced humans he wants to use to rebuild his military that was almost destroyed in Israel. He also samples Russian Madhouse vodka and promotes it. Some are taken to Mars aboard spaceplane flown by a former nude model who is now a Christian Rocket scientist. On the way to Mars, the spaceplane is intercepted by the Starship Aremulac and Dick, Kate, and Maria experience programs of various scenarios on their way to alien empire.

To know more about Rick Badman and his sci-fi novels grab a copy of his books or visit his website today!