Book Review: Commentaries on the Book of Wisdom by Russell Marlett 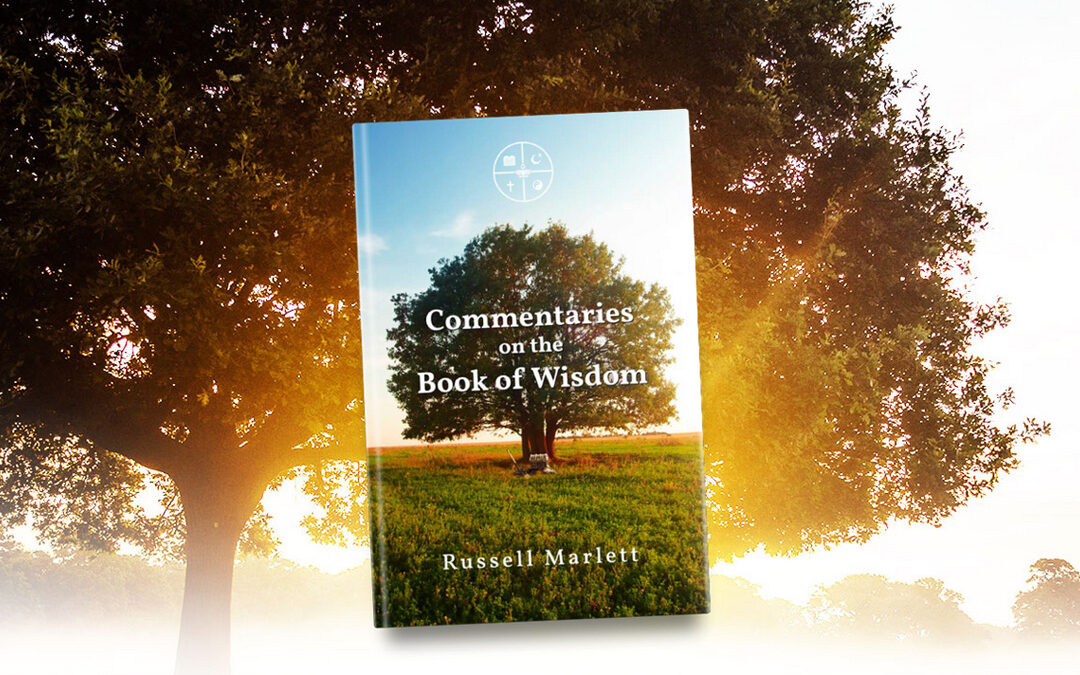 Writer Naomi Alderman once said, “Beneath every story, there is another story.” Russell Marlett takes her statement quite literally with his work.

By its title alone, one would think Commentaries on the Book of Wisdom is another religious commentary – a formal work that accounts for the ideas typically presented in the Bible. However, Marlett defies this expectation, crafting instead a uniquely personal and compelling collection of philosophies.

The book’s commencing plot is a fictional story with a mysterious undertone. It opens with a character receiving a rather peculiar inheritance from his late great aunt. While others typically receive houses or lands, he is tasked with cleaning out his aunt’s attic. As he digs through multiple old, worn-out boxes, he finds a treasure chest; something he has long coveted. What he finds inside that chest leads to the book’s second part: the Book of Wisdom. This portion, presented in a completely different format, contains eight-line philosophical verses and Marlett’s short commentaries that expound on them.

Some might mistake this portion for a religious text. It isn’t. Labeling it as such would mean only a specific religious discipline can benefit from it. However, the book is written so anyone who reads it, regardless of religious beliefs, can reflect on its value. Commentaries on the Book of Wisdom can be considered a philosophical literary within a fictional scenario. It’s an interesting take on a discussion.

Why Should You Read Marlett’s Commentaries?

Above anything else, I recommend anyone to read this book because of the wisdom one can take away from it and Marlett’s clarity in presenting it. In typical commentaries, one can expect authors to write about the material, present their arguments, and persuade readers to agree with what they have to say. However, Marlett presents his thoughts straightforwardly. He expounds on ideas clearly without redundancy to convince his readers.

His commentaries are an uncomplicated discussion. I’ve read multiple commentaries before, but this is far the easiest to understand. Marlett graces us with his philosophical insights about life and the many wonders our journey offers us. He does so by using simple terminologies without sacrificing the depth and value of his statements. This makes his discussion as easy and sincere as it should be. Suppose you’re looking for meaningful and informative material about life and the multiple questions we have about our existence. In that case, Commentaries on the Book of Wisdom can effortlessly provide answers for them.

Additionally, I believe a symbolic connection exists between unraveling the character’s story and his commentaries. The character is faced with unlimited possibilities upon discovering the treasure chest. In a way, this can be perceived as how life can be for us. Like the treasure chest, our lives have limitless possibilities, and it’s up to us to open this door and discover what’s in store for us.

A Criticism of His Commentary

I don’t have much criticism about this book. For one, it’s mainly a short read – again, very straightforward and doesn’t have any extra discussions. And two, I was genuinely entertained and have learned much from it. But if I were to comment on one thing, it would be about the arrangement of his discussion. I found it rather unorganized because there wasn’t a clear and coherent sequence.

Though I understand that in every chapter, he discusses different points that can be interpreted separately, it would have been better if there was a particular succession of thoughts readers could follow. While his discourse provided ample information, I think it would have been more effective if it had one obvious train of thought – from beginning to end – or was, at least, categorized per chapter. So that, if readers want enlightenment about a particular subject, they can easily track the chapter they wanted.

Nevertheless, this doesn’t significantly impact the book’s readability and efficacy.

What can You Expect from Russell’s Commentaries?

In this portion of the review, I will be giving away a particular idea from Marlett’s commentary that struck me (without giving out much information, to avoid spoiling you). So, if you wish to purchase the book, you’ll have a clear image of what you’ll be getting. A chapter of his book mentions life and death, implying that people who fear death tend to pull back and avoid “living life.” This statement resonated with me the most among the many insights this book offers. It’s a logical and understandable concept. When people fear death, they avoid taking risks and making decisions outside their comfort zones. This then prevents them from truly embracing life and growing. I think this is a beautiful message and was glad Marlett included it in his book. Commentaries on the Book of Wisdom conveys multiple philosophies we all try to live by.