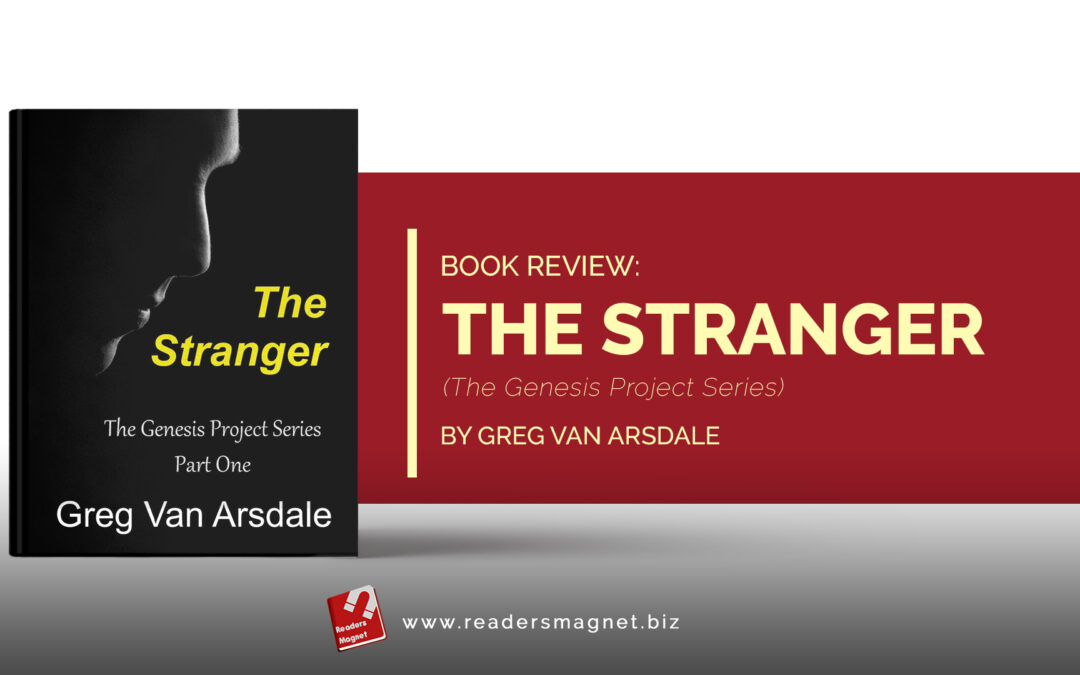 Are you a science fiction geek? Are you interested in the concept of virtual reality? Do you like reading stories that can leave you in awe after reading them? If your answer to these questions is yes, then The Genesis Project Series by Greg Van Arsdale is perfect for you! The Genesis Project Series is a series of three books that follow the gripping journey of an inventor who has created a virtual world. This article is particularly going to focus on the first part of the series entitled The Stranger where all conflicts of the story unfold.

The Stranger is divided into four parts: The Advent, Refuge, Enlightenment, and Awakening. In The Advent, the main character of the story is introduced – a stranger man who is being hunted down by a squad of armed militia commanded by a governor named Jack Logan. Jack Logan is an unyielding man with plans for world domination, and the stranger man that they are hunting is John Neumann, an inventor whom Jack Logan believes is the only threat to his ploy. John Neumann cannot remember anything. He has no memory of who he is nor of the reason why he is being hunted down by a mob. A former psychiatrist and inventor named Doctor Lazlow help him in retrieving his memory.

Refuge narrates the story of how John Neumann meets Doctor Lazlow as well as his daughter Mary and her son David. As time goes by, John Neumann slowly learns more about himself. To understand why he is being chased down by the squad of Jack Logan, Doctor Lazlow uses an experimental device that unlocks parts of John Neumann’s memory. In Enlightenment and Awakening, they all learn the truth – John Neumann is an inventor who invented a computer-generated environment, a virtual world where they all currently live in.

John Neumann created the virtual world through a machine called the Genesis Machine. When Jack Logan learns about this, he tried to gain ultimate control of the computer to help fulfill his vile ambitions. He hacks into the Genesis Machine to implant a Doomsday virus that can obliterate the planet. To prevent Jack Logan from succeeding and save the people, John Neumannneeded to come into the computer-generated world to reprogram the computer from the inside – this is when his memory has been wiped clean. To fully regain his memory and prevent the world from blowing up, the Genesis Machine inventor has to find the ultimate solution within 40 days, and this solution might cost him his life.

When reading The Stranger, one would not help but feel wonderstruck by the unique ideas that the author, Greg Van Arsdale, can give to the readers. The Genesis Project Series, in general, is a series of distinctive plots. It shies away from recycling the overused storylines commonly found in science fiction literature. The Stranger, particularly, effectively introduces the readers to the authenticity of Greg Van Arsdale’s story. Such authenticity is what makes the book fascinating and compelling from beginning to end.

The book does not force narratives in order to become more interesting. Instead, from the first part until the last one, The Stranger gradually builds up the story of John Neumann in a way that makes the readers develop an interest in his character, slowly but surely. It is great how each chapter and part of the book contains surprises and revelations that hook the readers and convince them to continue reading until the end. Content-wise, The Stranger is written so well and compellingly that one can finish reading the book in one sitting. Each part of the book just leaves the readers with so much intrigue that they cannot help but find out what happens next immediately.

In terms of character development, Greg Van Arsdale has also done a pretty good job. Each character in the book, from the protagonist to the villain, plays an important role in making the story fascinating. John Neumann, particularly, is a well-crafted main character. His persona echoes a typical science fiction hero that fans of the genre love reading about. Even so, he also possesses distinct traits that make him memorable as a character. His character is a huge part of the reason why The Stranger is a compelling read in its entirety.

There are many things admirable about The Stranger. If you are a science geek who loves reading fiction stories, then The Genesis Project Series is really the kind of literature for you. Greg Vans Arsdale has effectively created a story that contains the right balance between science and fiction. He combines elements of physics and computer science with imaginative narratives of virtual reality so well. The Stranger, particularly, is the right stir of science fiction. It is not too factual as to become plainly boring, and it is also not too fictional as to sound almost absurd. As the first installment of The Genesis Project Series, The Stranger effectively introduces its readers to the riveting and awe-striking story of John Neumann and his Genesis Machine.