Books on Community Traditions to Read this August 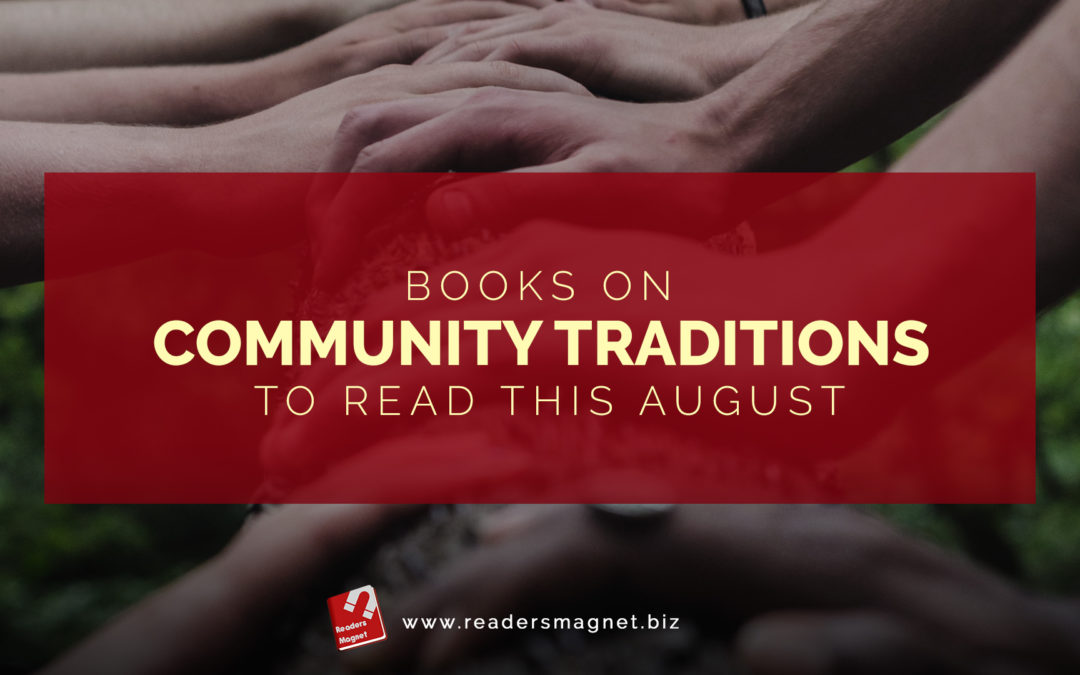 This month of August we recommend these five books about community traditions.

We have entered the second half of the year, and next month is the start of the Ber months. There are many festivities and celebrations to look forward to in the coming months. Among the biggest celebrations include Yom Kippur (Judaism), Diwali (Hinduism), All Saint’s Day, and Thanksgiving (Christians). The biggest celebration every year is Christmas which is celebrated across the globe and is observed even by non-Christians. But aside from these well-established traditions, there are also small or local traditions that are observed every year. They may not be as grand and as festive as those mentioned above but they are handed from generation to generation and form part of their culture and bonding. Here are five books that will give you a peek of other traditions enjoyed by families and communities in other parts of the world. Enjoy!

We are Grateful: Otsaliheliga by Traci Sorell and Frané Lessac

We are Grateful is an illustrated book by Traci Sorell and Frané Lessac which takes us to the small but active community of the Cherokee Nation. Otsaliheliga (pronounced oh-jah-LEE-hay-lee-gah) is a term used by the Cherokee natives to say thank you. In this book, Sorell and illustrator Frané Lessac show us the rich and colorful traditions and celebrations of this old Native American community. Celebrations and ceremonies begin in the fall with the start of the new year and culminate in the summer. The Cherokee’s ceremonial way of life is still being practice today despite the fact that many of them have adapted modern living and working modern jobs.

Carol Wilson-Mack’s Patchwork is an incredible book about a group of women who built their own community through quilting. What started as a group activity became tradition gathering women from rural Bamberg, South Carolina. From 1939 to 1959, they weaved together a strong communal bond and their stories are featured in this 96-page book by Wilson-Mack. One of the features of Patchwork is how quilting also became the reason that women from different generations came together as one and were able to share their ideas and experience. Patchwork encourages us to find a way to narrow or bridge the gap between generations. It is an inspiring narrative of how a community was able to achieve harmony, tolerance, and understanding through their love of quilting.

Not all traditions involve food and festivities. Some are solemn and sacred like fasting. However, fasting should not be treated as a punishment or a troublesome chore. Melissa Naasko’s Fasting as Family: Planning and Preparing Delicious Lenten Meals shows us that fasting can also be a form of family bonding. The Muslims, Hindus, Christians, and other religions practice fasting. In many communities, fasting is observed by families, and thus Naasko’s book provides us with advice and lessons on how to make this tradition more memorable and at the same time healthy. Fasting as Family is a delightful book for moms and those who want to practice fasting with style.

Golden Domes and Silver Lanterns: A Muslim Book of Colors by Hena Khan with illustrations from Mehrdokht Amini celebrates Islam’s lesser-known traditions and culture. Designed for young readers, Khan and Amini’s picture books educate us about trivial things such as the red prayer rug, the blue hijab, and how colors play an important role in Islam’s symbolism and interpretations. The narrative in the book is told by a young Muslim girl. She serves as our tour guide to the colorful and magnificent culture of Islam. Golden Domes and Silver Lanterns is a fun and delightful way to know more about their rich heritage.

Published in 2013, Loretta Seto’s Mooncakes is a children’s book that talks about the Chinese Moon Festival. It is a special celebration that is observed by the Chinese every 15th day of the eighth month of the lunar calendar. It is also called the Mooncake Festival or the Mid-Autumn Festival. In Seto’s book, a young girl shares how they celebrate the said festival with her parents. She also shares other activities aside from eating the famous moon cake. Mooncakes is a light educational read that is recommended for children ages 3-7. The wonderful illustrations in the book are done by Renné Benoit.