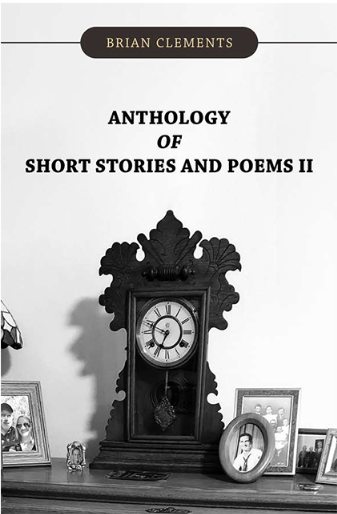 Poetry (including short stories), if humanity lets it and embraces it, can offer everyone a way to empathize with one another.

Poetry and short stories have been around for almost four thousand years. Like other forms of literature, both are written to share ideas, express emotions, and create imagery.

Today, poetry and short stories remain essential to art and culture. And for Brian Clements, writing a novel is not the only way to make a reputation as a writer. He believes poetry and other short writing forms help writers broaden their writing skills.

This new book by Brian Clements continues Private Detective Jack Donavon’s adventures from the “If I Could See” series as he searches for that individual who spawned his hearing loss. This leads Jack back to Florida. There, he meets his attacker and must fight him or get killed. Jack also works with unusual clients who let him into all sorts of problems and situations.

You can also follow Carol Anne Taylor and David as they consider the documents of David’s great-grandfather, who helped search for serial killer HH Holmes. Additionally, you can read about Ava and Jason’s adventure as they secured a psychiatric hospital in Florida in the middle of Hurricane Michael, including the dilemma they must encounter.

And do not forget the poetry and love stories that always come with Brian’s collection.

A. Excerpt from “Death on the Beach”

The next thing Jack saw was sunlight, bright sunlight. He woke up and found himself on the beach far from the pier and restaurant where he ate. He tries to stand up but is pushed down by somebody behind him. He turned around and saw two beach police officers with guns pulled and pointed right at him.

The officer yelled to him, “I said, get down on the ground and spread your arms out.”

Jack was confused but quickly complied, trying to figure out what had happened. The last thing he remembered was the restaurant and Teri.

“The drinks,” he said to himself.

The officers then cuffed and frisked him for weapons and identification. They found his taser in his front pocket and then his wallet. Then they tried to read him his rights.

Donovan then said to them, “I’m deaf. I can’t hear a single word you are saying. But I can read lips. Please get in touch with Sergeant Holmes. I explained everything to him earlier.”

“We will. How do you explain the body?”

B. Excerpt From “My Dear True Friend”

Besides hiking, fishing, and going to many places.

She also likes to do 5K races.

I’m not sure if she carries a Luger.

But I pray she watches her blood sugar.

When she gets upset, you better watch out.

She knows some choice words, and she won’t pout.

When I look into her baby blues

I sense she has shed some tears.

She goes through life like she has nothing to lose…

Brian Clements was born in Washington, D.C. He grew up along the beaches of Northwest Florida. He later attended college at The University of West Florida and Gulf Coast Community College in Panama City, Florida, where he majored in Communication Arts (Journalism and Broadcasting). But writing was his true love.

Brian worked in television for twenty-three years at WMBB in Panama City, particularly in engineering and production, which included directing shows, religious and fishing shows, plus news directing.

Brian was also very active locally (particularly in their community in the City of Panama), where he served on a committee and board.

In 2000, Brian moved to Colorado Springs (and made it his home)with his 3-year-old son and 19-year-old cat. Living in Colorado, Brian worked in a ministry and also worked security at Denver’s state capitol for many years. He now works as a corrections officer.

But again, his true passion is writing. He has been writing most of his life but finally dared to publish his first book, Anthology of Short Stories and Poems, in November 2019. A Collection of Short Stories on Clements’ book is available at Barnes and Noble and also at Amazon.com.

Brian continues to write more poetry and short stories that he hopes will inspire readers and help them explore their imagination, taking them on their lifetime adventures.