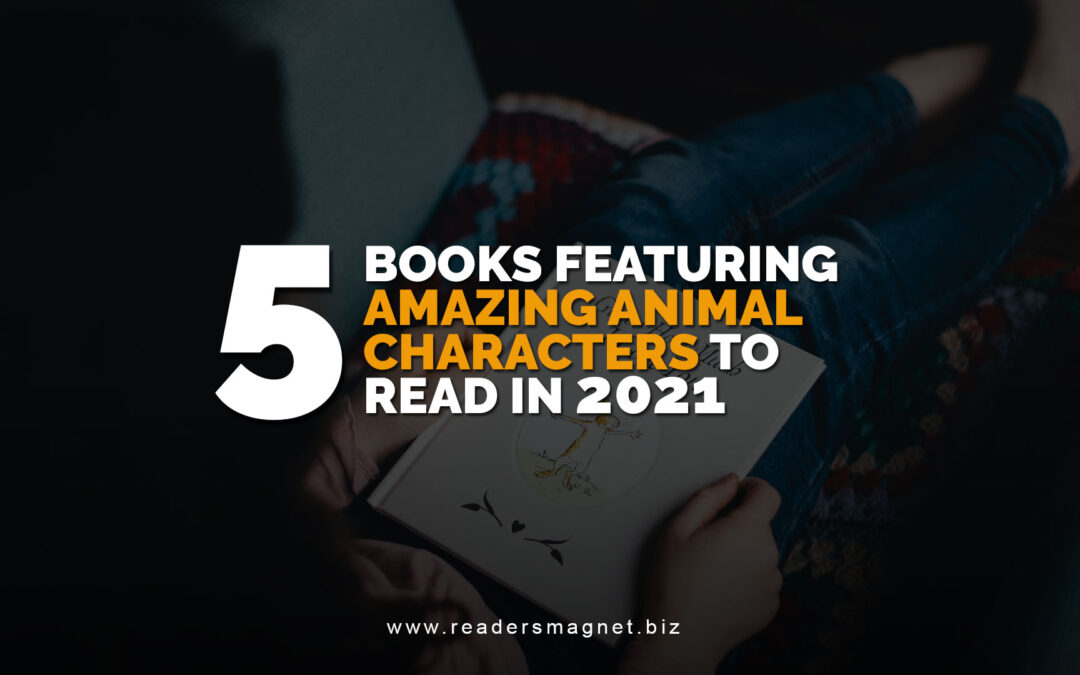 Animals have always had a place close to people’s hearts, and there is no apparent reason why. However, some suggest that this may be due to how the vast majority of human civilization thrived alongside animals. Massive industries have created animal-related TV programming, films, and books. The tales of spirited pups, hardworking pigs, and golden geese suggests a deep desire for connection, joy, healing, and companionship with the animals in and out of our homes. Whether you like fiction or nonfiction stories about amazing animals, we’ve got the perfect book for you. Check out the list below.

An Elephant in the Garden by Michael Morpurgo

An Elephant in the Garden is a fiction book published in 2013 by Michael Morpurgo. This is a tale about the noblest and wisest of all creatures inspired by a true story and historical truths. An Elephant in the Garden tells the story of an unlikely group of survivors who proved that kindness and love is the best weapon of all. Lizzie and Karl’sKarl’s family has grown attached to an orphaned elephant named Marlene. Worried by the zoo’s precautionary measures, the family persuades the zoo director to let Marlene stay with them instead. When the city was bombed, the family fled along with other citizens, but can they walk the same route when they have an elephant in tow?

William and Tibby Forever is a Lynda Hamblen book with an indomitable kitten and the life and afterlife of cats. Becoming a fur-parent is challenging; your days with your cats will be adventurous, sweet, and even sad. Lynda Hamblen, being a certified fur-mom, relates to the roller coaster ride of having pets. She wants to share a heartwarming story of sibling cats’ adventures and their mother that even death cannot succumb. Learn that life holds joy, sorrow, and reunion with William and Tibby who lived with their beloved second mother. This sibling cats’ lives are close to idyllic as life on earth, but their life is shattered when William is killed. However, the love of a mother for her children, the love of a man for a woman, and the love of that woman for her cats will never end nor die.

Saving Sadie: How a Dog That No One Wanted Inspired the World shares an uplifting story that presents second chances, patience, hope, compassion, and love. Joal Derse Dauer and co-author Elizabeth Ridley’s work will make anyone fall in love with Sadie. This nonfiction story started when Joal was donating blankets to a local no-kill shelter. There, she noticed an injured and despondent dog. Joal has three pets already, and she wasn’t looking to adopt another dog. However, this dog, Sadie, has something special about her. Joal saw this inspiring canine grow in strength and joy. Sweet Sadie transformed her life in ways no one ever imagined. Joal’s steadfast determination to save the life of Sadie. This amazing dog was abused and used but never lost love. This story will bring attention to other abused animals.

Seabiscuit is an American Legend. This horse was one of the most electrifying and popular attractions in sports history. However, Laura Hillenbrand’s Seabiscuit is a fascinating and engrossing horse’s tale showcasing a slice of American history. Seabiscuit is an amazing animal who is intelligent, sensitive, and cunning. His success was a surprise to the racing establishment. Three men changed Seabiscuit’s fortunes. One of them is Charles Howard, a one time bicycle repairman who introduced the automobile and became an overnight millionaire. Howard hired Tom Smith, a mysterious mustang breaker, when he needed a trainer for new racehorses. This book tells a horse’s story, an exceptional team of owner, trainer, and jockey that created a phenomenon.

No Better Friend by Robert Weintraub

Many books have been written about World War II, but Robert Weintraub’s No Better Friend is unlike other books. No Better Friend tells the story of two prisoners turned friends during the war. Flight technician Williams and purebred pointer Judy shares an unbreakable bond forged in the worst circumstances. The duo met in the most unlikely place: an internment camp in the Pacific. Judy was a fiercely loyal dog with a keen sense for a friend and a foe. Judy would repeatedly risk her life to intervene in the beatings of prisoners. This extraordinary story of Judy will warm anyone’s hearts, may they be veterans or dog lovers. No Better Friend is an undiscovered saga of World War II