Five Books That Talk About Food and Culture 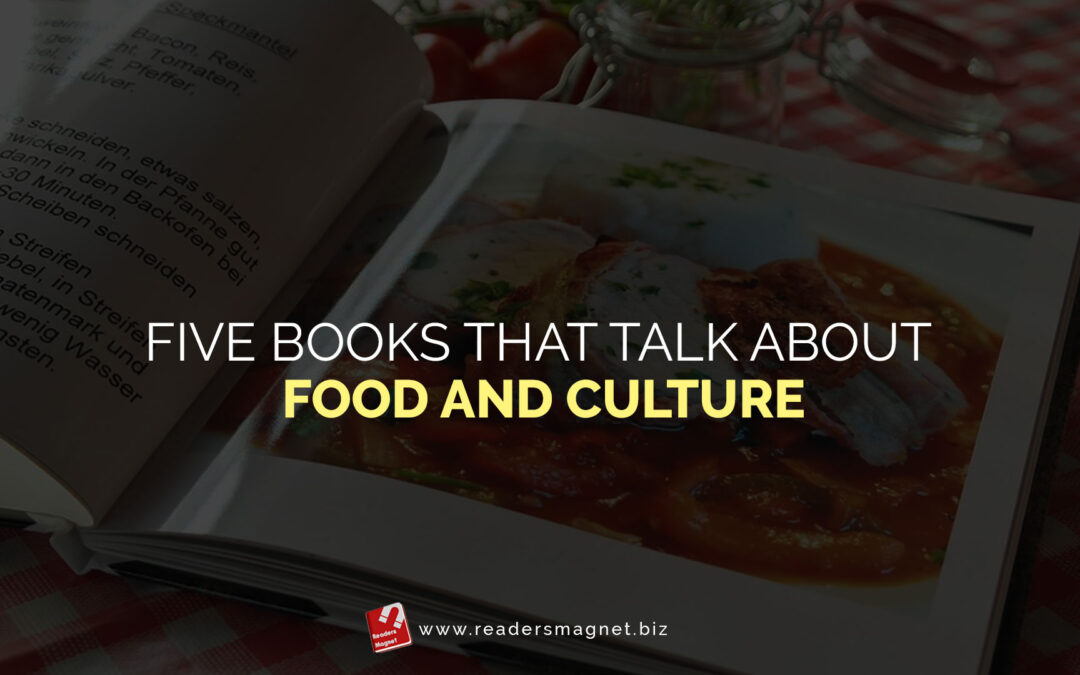 ReadersMagnet Review recommends these five remarkable books about food and culture for August.

Rice, Noodle, Fish: Deep Travels Through Japan’s Food Culture is a travel guidebook and cookbook by Matt Goulding. It was published in 2015. In this book, the Emmy- and James Beard Award-winning writer and the New York Times best-selling author take readers on a 5000-mile journey through noodles shops, tempura restaurants, and teahouse of Japan. Rice, Noodles, Fish explore Japan’s unique culture and cuisine that has attracted tourists and even the greatest chefs around the world. With 195 colored photographs showcasing explores Japan’s most intriguing culinary disciplines in seven key regions, from the kaiseki tradition of Kyoto and the sushi masters of Tokyo to the street food of Osaka and the ramen culture of Fukuoka, this book is a must-have.

Delicioso: A History of Food in Spain by María José Sevilla

Spanish cuisine is a rich blend of flavors, history, and culture. Spanish food is influenced by many great and conquering civilizations from Greek and Roman, Jewish, Moorish, and Middle Eastern. In María José Sevilla’s Delicioso: A History of Food in Spain, we discover how traditional foods have been enriched by the Spanish climate, geology, and spectacular topography. This encouraged Spain’s diverse and unique food traditions and “Cocinas,” like Basque, Galician, Castilian, Andalusian, and Catalan. Delicioso also helps us trace the country’s complex history, as foreign occupations brought religious and cultural traditions from antiquity to the present day. With José Sevilla’s masterful storytelling, we will discover the Spanish passion for olive oil, eggplants, and pomegranates. Delicioso is all about Spanish food and cookery.

Eleanor Gaccetta’s Generations of Good Food is too good not to be on this list. This heartwarming book from the author of One Caregiver’s Journey was released earlier this year. Generations of Good Food features a compilation of recipes by Eleanor Gaccetta. The collection spans six generations with 200 recipes that include main dishes, bread, cakes, pies, cookies, candy, pasta dishes, bake Sweet Easter bread, Lemon Ricotta cookies, and Tiger Butter Fudge, among many others. But more than amazing and unique recipes, Gaccetta also shares a collection of inspiring and truly delightful family moments with us. Rich with narratives and stories of Italian life and culture as six generations of family traditions, Generations of Food by Eleanor Gaccetta is a wonderful and masterfully written cookbook.

Just like Spain, the Philippines is also a country with rich food, culture, and traditions. The Southeast nation has been conquered by Spain, Japan, and the United States throughout its history. The early Filipinos also engaged with Arab and Chinese traders, and their influences are still visible today. In 2005, Erlina Enriquez Panlilio released Slow Food: Philippine Culinary Traditions. The book allows us a glimpse of historical Philippine cuisines most significantly during the Spanish colonization (Spain ruled the Asian country for 333 years). Slow Food is a delicious serving of nostalgic and informative pieces mostly from known gourmets and gourmands that would delight food enthusiasts and historians.

Cuisine and Culture by Linda Civitello

Aptly titled Cuisine and Culture, Linda Civitello’s 2004 book is a culinary book, a historical guide, and a cultural thesis rolled into on. The book highlights how history’s events, people, and geographical locations shaped our diet. From weird queries like, ‘why did the ancient Romans believe cinnamon grew in swamps guarded by giant killer bats?’ to more profound one like ‘how did African cultures imported by slavery influence cooking in the American South?’, Cuisine and Culture provides many insights into our rich history with food and culinary. Linda Civitello showcases an engaging, entertaining, and informative exploration of the interactions among history, culture, and food, covering the prehistoric period, the earliest civilization, and today’s modern food culture and industry.