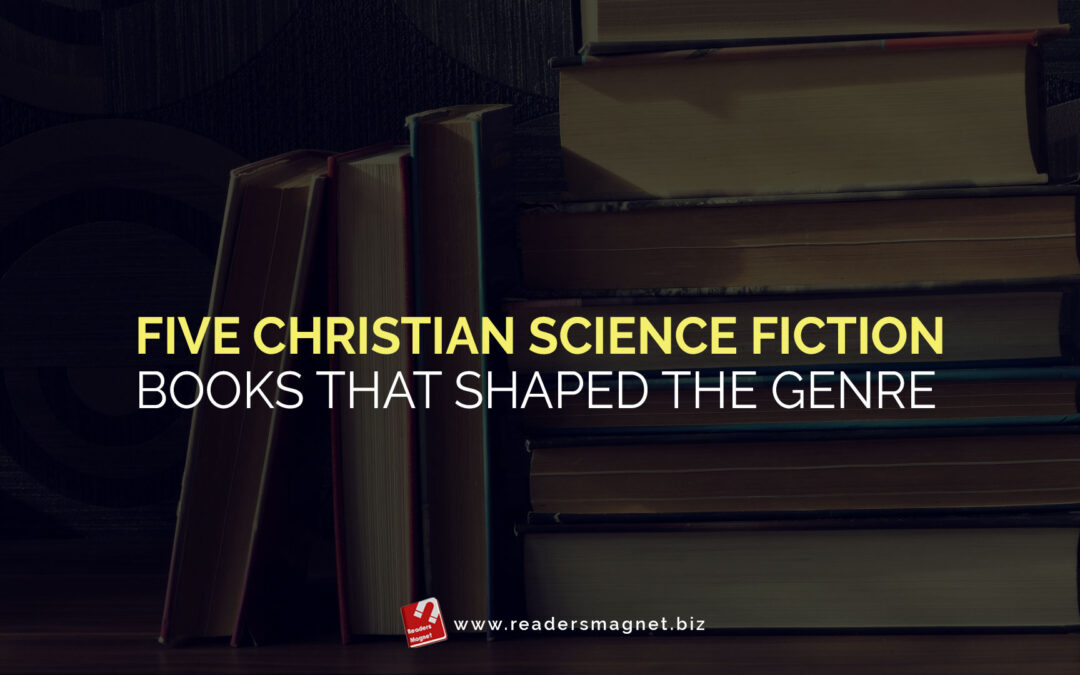 Science fiction is more popular than ever. Readers’ interest towards it has grown dramatically in the recent decade. While sci-fi has speculated on the possible consequences of scientific and technological innovations, the genre is also permeated with unrealism, humanism, and mysticism—and these days, Christianity. Many Christians are hopping onto this category to form a unique storyline. These amazing people bring a biblical perspective into this literary class, bearing a new category for readers to dive in. Although this take-over by Christian writers isn’t new, this genre is relatively new and lesser known. Thus, ReadersMagnet brings to light some must-read novels that shaped this group.

The Firebird Trilogy by Kathy Tyers

Kathy Tyers’ The Firebird Trilogy is a critically acclaimed collection that chronicles one courageous woman as she undergoes spiritual and physical warfare. This trilogy will remind you of the famed Ender’s Game or the new Star Wars, but the difference is, this offers a positive approach to faith. Kathy magnificently set a plot in an alternate universe where the Messiah never came, and all that entails in the coming never happened. The Judeo-Christian science fiction storyline makes readers believe in the varying worlds and the specific mythos of the olden times.

Outriders is the first book of Kathryn Mackel’s The Birthright Project series. This book brings a new ark, an ancient enemy, and young warriors fighting the darkness. Kathryn takes readers far into the future—metaphorically the past—a time when endless wars have destroyed the world. And God’s faithful followers have taken shelter in a second Ark, hidden deep within the polar ice while Outriders, those called back into the world, search for and recover what is left of the original creation. Kathryn’s novel is a suspenseful tale of danger, science, and faith.

Closer to Home by Gina Venable

Closer to Home is a science fiction and fantasy book by Gina Venable centered on the wishes of a remorseful God who enlists two people to help correct his mistakes. Kat and Sam are two lost souls hovering between life and death after a fatal accident. But everything changed with God gave them a chance to alter circumstances that led to the untimely death of four other people. Gina made an extraordinary exploration of the precepts of faith, the interconnectedness of humanity and God in this debut novel. Closer to Home offers a refreshing narrative blending science with religious themes and time travel adventure that certainly represents this genre.

Jerry Hatchet’s Seven Unholy Days illustrates what was written in the Revelation but mixing it with some science fiction elements for an entertaining narrative. This book follows Matt Decker, who went from hero to zero after a technological disaster brought down his business. Seven Unholy Days heralds the beginning of a madman’s scheme to bring about a biblical apocalypse. The plot wrapped mainly on the religious aspect and dealing with faith. Jerry’s narration and the pace are brisk, allowing readers to absorb details as the story advances. Additionally, the even balance of good and evil brings out the essential idea of the book: faith.

The Pilgrim’s Progress by John Bunyan and Alan Vermilye

When The Pilgrim’s Progress first hit the market, it wasn’t the easiest book to read. But in this recent version of the book, the once archaic language is translated into simple conversation English to easily navigate through the Christian allegory. The book chronicles the epic life-long quest undertaken by a man named Christian. Alan Vermilye weaved the thoughts and message of the original author in this timeless classic. Still, The Pilgrim’s Progress remains insightful and helpful, and the most read literature of all time.