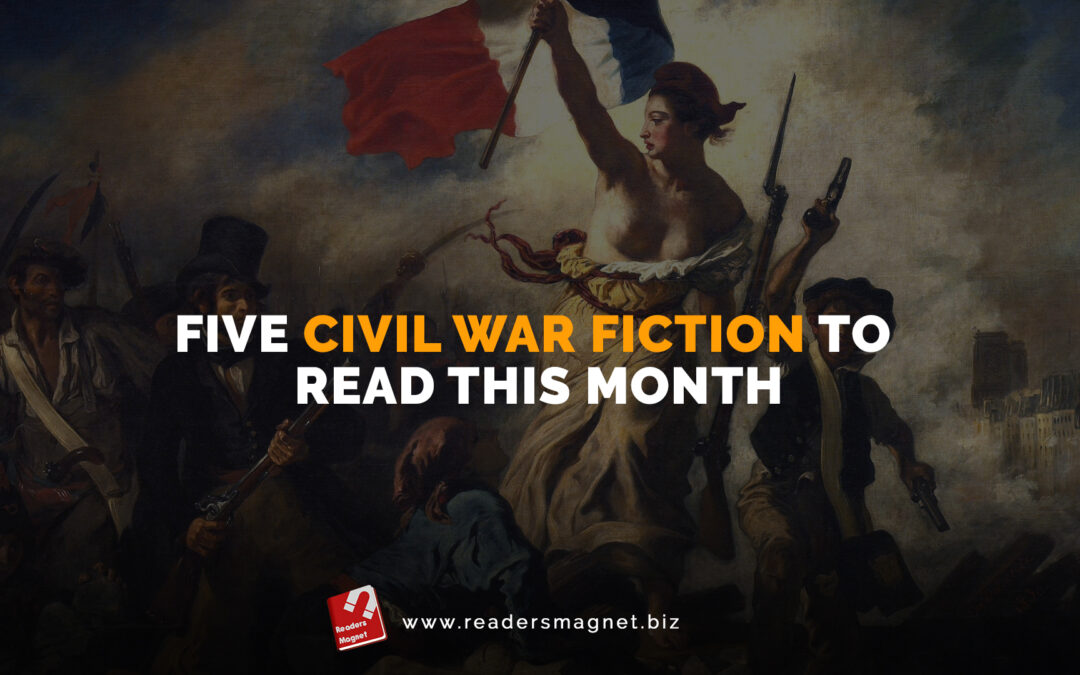 ReadersMagnet recommends these five great civil war fiction for this month of November.

Civil war fiction reflects the realities of not too distant armed conflict that has changed the lives of many people and to this day has shaped our society.

The Judas Field by Howard Bahr

The Judas Field follows the story of Cass Wakefield. Casey plans to spend the rest of his life in peace in his hometown in Mississippi. One day, a childhood friend asked Casey for a favor he cannot refuse. The friend asked him to accompany her to Franklin, Tennessee, to recover the bodies of her father and brother. They died in battle and their bothers are out there somewhere on the battlefield. Together with two of Cass’s brothers-in-arms, they head north and as they get closer, memories of the war haunt Casey. The Judas Field is filled with strong emotions about life and the horrors of war. It is a truly rivetting war fiction.

Published four years ago, Scourge Soul’s story takes place during the American Civil War. It features the last years of the civil war in Kennesaw Mountain. The famous battle took place in 1864. The armed conflict affected the lives of many soldiers and civilians in the area. Scourged Souls is narrated through letters by soldiers and their loved ones. It is also told through the eyes of various characters. One of the main characters is an African-American blacksmith who helplessly watched black slaves forced to work with the town’s defenses as the war is approaching. Scourged Souls gives us a glimpse of the dark and lonely days of civil war.

The Red Badge of Courage by Stephen Crane

One of the most celebrated works of literature, The Red Badge of Courage, is a novel of the American Civil War by Stephen Crane. It was published in 1895 and considered to be his most famous work because of its perceptive depiction of warfare and of a soldier’s psychological turmoil. Stephen Crane was only 25 years old and had no personal experience of war when he wrote the novel, which he based partly on a popular anthology, Battles, and Leaders of the Civil War. Today, The Red Badge of Courage is among the recommended reads about the American Civil War.

Days Without End by Sebastian Barry

Days Without End is a saga about two brothers who fled from Ireland, escaping the Great Famine. Thomas McNulty, a seventeen-year-old boy, signs up for the U.S. Army in the 1850s. Together with his close friend, John Cole, they fight in the Indian Wars—against the Sioux and the Yurok. Thomas and John eventually fight in the Civil War. Published in 2017, Days Without End is a unique war narrative that focused on orphans fighting in the war. Sebastian Barry takes his readers to another world seldom depicted in books about the American Civil War. Days Without End is an unforgettable read.

The March by E.L Doctorow

Published in 2005, The March by E.L. Doctorow is a fictional story of Union general William Tecumseh Sherman. Sherman is famous for marching sixty thousand troops through Georgia to the sea, and then up into the Carolinas in 1864. The army fought off Confederate forces, destroyed cities, and freed blacks and white refugees. Because of their heroic acts, Sherman and his troops are considered heroes of the Civil War. E.L Doctorow’s The March takes us to the conclusion of the American Civil War. It is an inspiring narrative of chivalry, valor, and wisdom. It is a book worth reading especially for those who love history and tales of heroism.