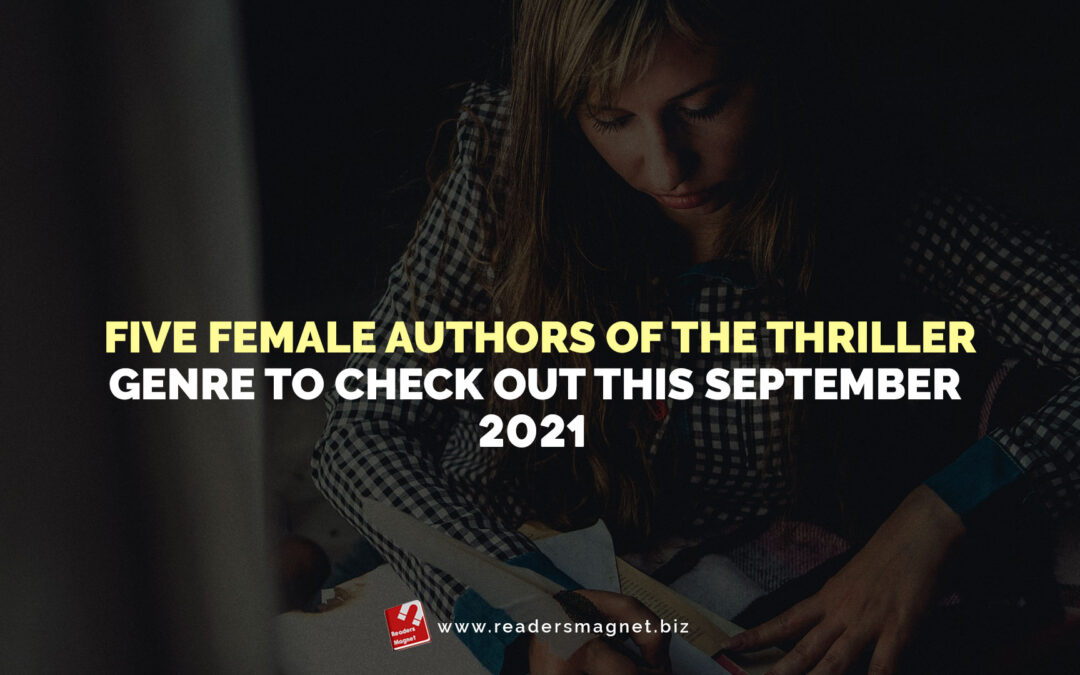 Kiare Ladner is a UK novelist. The romantic thriller Nightshift is her debut novel. Kiare Ladner grew up in South Africa. When she was young, Kiare wanted to live on a farm, run an orphanage and be on stage. When Ladner grew up, she found herself working for academics, with prisoners, and on nightshifts. Before completing Nightshift, Ladner had already published several short stories in South Africa, where she grew up, and the UK, where she lives now. Nightshift is set to be released early next year. It tells the story of the nocturnal existence of London’s nightshift workers and the complex female friendship and obsession. Kiare Ladner is a recipient of the BBC National Short Story Award.

Thora Hjörleifsdóttir is best known for her poetry. She has released three poetry collections with her poetry collective, Imposter Poets. This year, she released her debut novel, Magma. It is a coming-of-age story that features a woman’s traumatic experience of love, abuse, and sex. Lilja is a 20-year old university student who fell in love with an attractive and intelligent young man. Soon, Lilja moves in with him as their relationship becomes intimate. But soon, Lilja learns that intimacy does not equate to love. Magma is a provocative novel that examines the familiar yet often ignored violence that happens in romantic relationships. Thora Hjörleifsdóttir’s has been praised by both contemporary writers and critics for her fantastic debut novel.

Monique Boyd was born in New Jersey but moved to Kansas when she was only two years old, where she spent her childhood years. For most of her adult life, Monique Boyd worked in the corporate industry, building an impressive career in office administration. It was only later in her life that she decided to pursue her passion for writing. In 2018, Monique Boyd published her first work, Jasmine: A Woman of Color, a romantic thriller about a widow finding a second chance at love while also trying to find out who wants her dead. In 2020, we welcomed a different Jasmine in Boyd’s book, A Greater Love. Boyd is known for her romantic novels with mysterious twists.

Anna Wharton has spent most of his adult years building a career as a journalist. For over twenty years, she has worked with local newspapers and print media. Wharton wrote columns for The Times, The Guardian, The Daily Mail, Grazia, Red, etc. She last worked as an executive editor at the Daily Mail. As a ghostwriter, Anna Wharton has written four memoirs. One of her famous works as a ghostwriter is the Sunday Times Bestseller Somebody I Used To Know. Her latest work is the 2021 thriller, The Imposter. Wharton’s debut novel tells the story of a young woman working in the newspaper archive. Her quiet life takes a nasty turn as she becomes involved in a mystery case of a four-year-old girl who went missing twenty-five years ago.

Sarah Hilary is a UK crime novelist and former bookseller from Bath in Somerset, England. She was born in Cheshire. She later moved to the South East to study for a First Class Honours Degree in History of Ideas. Hilary is the recipient of the 2015 Theakston’s Old Peculier Crime Novel of the Year Award for her debut novel, Someone Else’s Skin, published in 2014, and the Fish Criminally Short Histories Prize in 2008 story, Fall River, August 1892. She has nine published novels to her name. Her latest thriller is the novel entitled Fragile, a modern Gothic psychological thriller. It tells the story of a former foster child and a runaway named Nell Ballard, who hides a dark secret and a mysterious power.