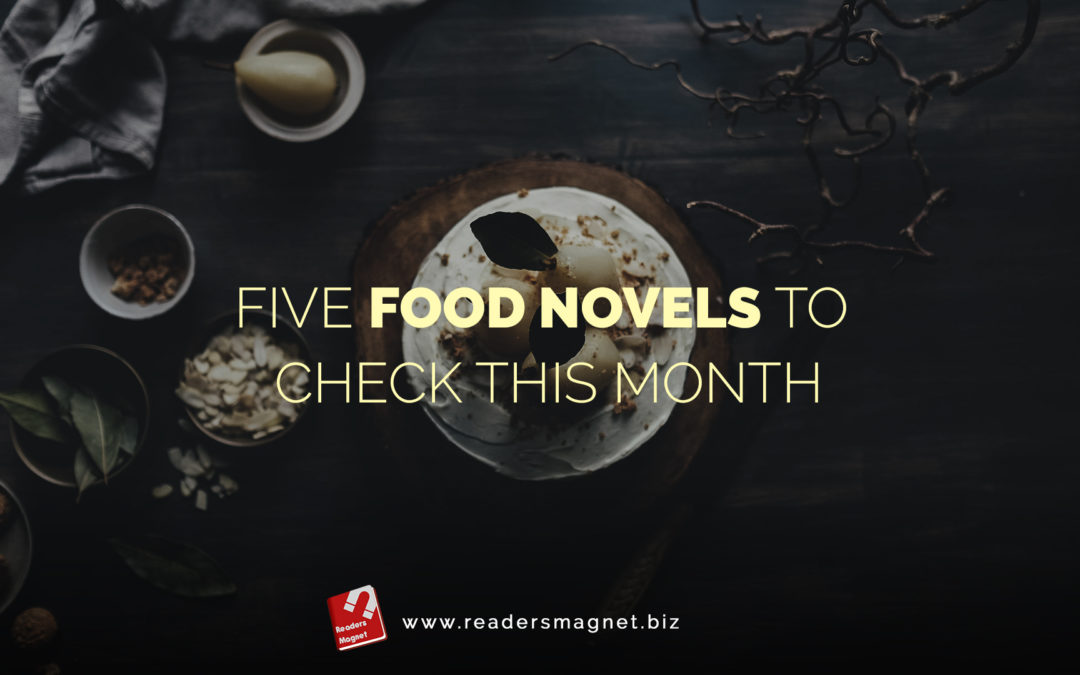 This 2017 novel is a blend of romance and cuisine by Nicole Mones. It follows the story of Maggie McElroy, a recently widowed writer who flew into China to settle a claim against her late husband’s estate. Aside from her personal trip, Maggie’s editor-in-chief also asked her to profile a man named Sam. Sam is a half-Chinese American whose descendants are from a line of gifted chefs tracing back to the imperial palace of China’s old dynasty. The book takes us to China’s Olympic culinary competition, traditional cuisine, and expression of ancient Chinese civilization. Filled with emotions, artistry, culture, and culinary dishes, The Lost Chinese Chef is an adventure read, to say the least.

Remembrance of Meals Past by Anita Legsdin

Published in 2014, Remembrance of Meals Past by Anita Legsdin is a collection of short stories and novellas about food and romantic encounters. Drawing inspiration from past experiences, stories of friends, and her own imagination, Anita Legsdin weaves heartwarming and silly narratives involving dishes. Each story features memories of a certain food on Legsdin’s book. Anita takes her readers to various situations and images of love, loss, blunders, and triumph. Remembrance of Meals Past is part cookbook, part memoir, and part fairytale. It is truly a unique and remarkable work by Anita Legsdin.

Blessed are the Cheesemakers by Sarah-Kate Lynch

Blessed are the Cheesemakers is a domestic fiction by Sarah-Kate Lynch published almost 20 years ago in 2001. It is a heart-warming story of two lost souls who found themselves with a purpose on a farm, helping two old cheesemakers in their hour of need. Abby, estranged from the family farm after her mother ran off with her when she was still a kid meets Kit, a New York stockbroker who has seen better days. Together with Corrie and Fee, these down and out-of-luck souls will find refuge and redemption in each other’s c company. Blessed are the Cheesemakers is a novel that is hilarious and moving at the same time. Truly a pleasant read.

For over thirty years, Laura Esquivel’s magic-realism masterpiece Like Water for Chocolate never fails to interest fans of romantic literature and food enthusiasts. The classic novel follows the story of Tita, a young girl who is in love with Pedro. Tita is trapped by the family tradition- the youngest daughter cannot marry and must take care of her mother until she dies. Resigned to her fate, Tita pours her love, passion, and time into cooking. One interesting feature of Laura Esquivel’s narrative is how she divides the book into twelve sections with each section representing a month in the year calendar (January to December). Like Water for Chocolate is a timeless work of literature that everyone should read at least once in their lifetime.

Pomegranate Soup is a-2005 fiction novel by Marsha Mehran. It is a story about three sisters who fled from Iran to a sheltered village named Ballinacroagh. Marjan Aminpour together with her younger sisters, Bahar and Layla, hopes to build a home in this foreign place in County Mayo, Ireland. Using a kitchen of an old pastry shop on Main Mall, the sisters begin to rebuild their lives by recreating delicacies from home. Despite having to contend with a local bully, Thomas McGuire, the sisters attract more and more local customers. As the story unfolds, the sisters begin to feel at home in this foreign country and find solace and comfort from its people. Pomegranate Soup is a feel-good food novel that one will never forget.