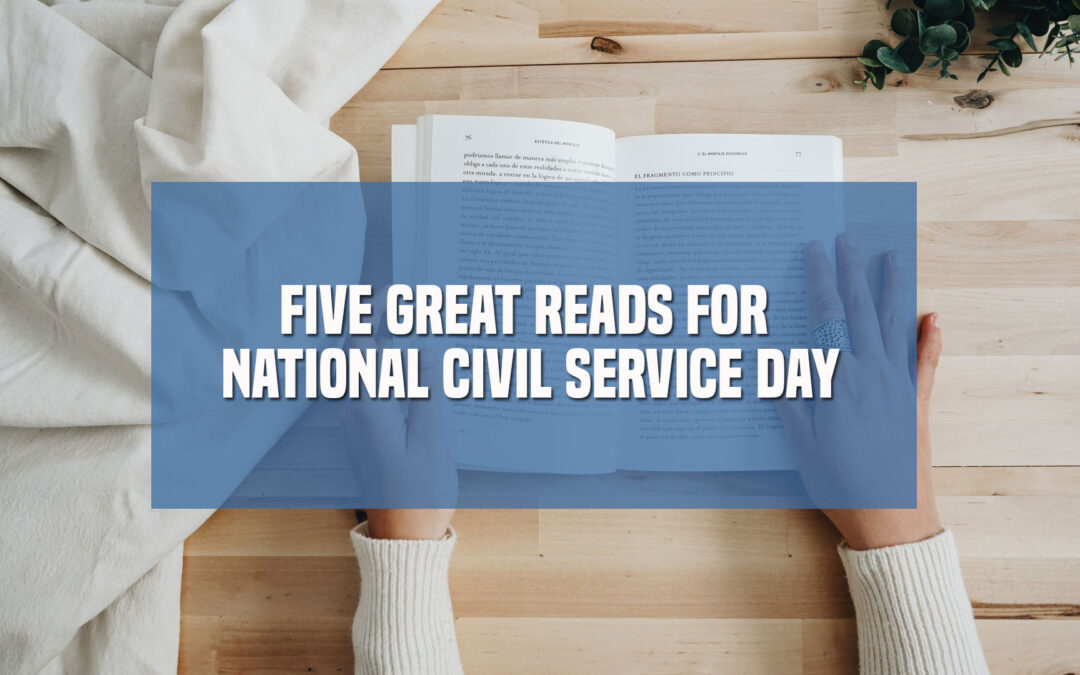 April is a month of celebration; each week, there’s an event we should celebrate. One fast-approaching celebration is the National Civil Service Day on April 21st. This is in honor of the civil servants who dedicated themselves to the cause of the people. Thus, to commemorate that day, ReadersMagnet will feature five books spotlighting beloved civil servants. Purchase these books now in time for National Civil Service Day.

Up the Down Staircase by Bel Kaufman

Public school teachers are considered civil servants not because they are paid by the taxpayers but because they educate our future, the youth. They build them into people who will, in turn, serve the country. Thus, to recognize their work, you can read Up the Down Staircase book, published in 1991. A classic and beloved book of our time. This story follows the funny and touching story of a committed, idealistic teacher. This teacher who dash with school bureaucracy is a lesson one will never forget by students, teachers, and parents alike— even anyone concerned about public education. This novel lays bare a never-before narrative of the inner working of a metropolitan high school. Kaufman’s storytelling will evoke a picture of what education is.

Murder In Peekskill by Glen Carrington

Law enforcement keeps the peace and protects civilians from harm’s way, sometimes sacrificing themselves to do so. They take their work seriously, and to that, Glen Carrington’s Murder In Peekskill celebrates the work of law enforcement officers, specifically detectives. This book is only one of Carrington’s great read Detective Lincoln Series. This follows the story yet again of Detective Lincoln, but this time, he must solve the murder of New York Senator McThellan’s youngest daughter. The youngest daughter Abigail Ruth’s dead body, was discovered in the murky waters of a pond at a popular local park in the City of Peekskill. The family initially hired the services of a private investigation firm, but their investigation was leading nowhere. So, the family sought the local detective’s help to find the culprit and put their daughter to rest. Check out other books in the series on Carrington’s website.

Lions and Tigers and Nurses by Amy Glenn Vega

Despite the stress and the pandemic, registered nurses aren’t tired of caring for everyone’s health in the country. For this National Civil Service Day, commemorate nurses and other healthcare professionals’ exemplary services by reading Amy Glenn Vega’s Lions and Tigers and Nurses. Haylie Evans is fresh from nursing school and overly excited to join the team on Med-Surg South. However, she quickly learned the hardships of being a new nurse. When she was assigned under Miriam, all claws came out. Haylie doesn’t know if she’ll survive the nurse’s violence. She was not expecting havoc when working to serve the sick.

Rise and Shine by Anna Quindlen

Today, we face numerous issues, from drug addiction and loss of housing to child abuse. All of these wouldn’t be solved without the support of social workers. They work tirelessly to foster the needs of everyone in the community. Hence, to celebrate their work, you can read Anna Quindlen’s Rise and Shine. This is a story about two sisters who discover what true success means and the qualities that matter most in life. Meghan Fitzmaurice was a talk show host who muttered two forbidden words into her open mic. Her actions not only affect her but that of her social worker sister, Bridget. What follows is the story of how these sisters adapt, survive, and manage the teeming world.

It is a great thing to serve society, but it is another when you are going to serve the country; that is what the military swears to do. There is no day that the armed forces stop protecting the United States and its citizens. Many military fiction books are published, but Tom Clancy’s Patriot Games is the perfect book to honor the armed forces this National Civil Service Day. Jack Ryan is an example of armed forces whose service to the country will continue even outside their work line. Jack Ryan is an ex-marine and CIA analyst who got caught in a terrorist attack. He dived forward to break up the attack but was shot. His impulsive act gained gratitude from the nation and the anger of the most dangerous men. Because of this, Jack and his family will become the targets of that hate.