Five Gripping Books About War and Its Impact 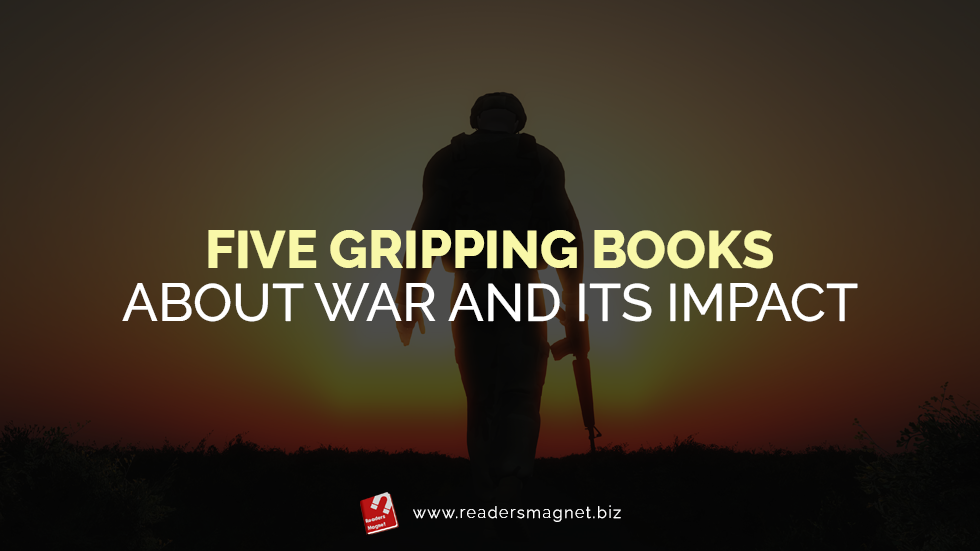 Writers write about specific topics to reach out and teach people lessons – whether it be factual lessons about history or personal values. In particular, they write about wars to either share their own experiences or start discussions about aspects of society by providing these scenarios for reference.

Below are some of the most outstanding books about such a sensitive theme. Each book is written for a different cause and motivation. But despite these books depicting humankind’s worst behavior, lessons are still subtly presented for their readers to catch.

Beneath a Scarlet Sky: A Novel by Mark T. Sullivan

This book by Mark T. Sullivan is based on a true story of a young man’s courage and resilience in one of history’s darkest times. Beneath a Scarlet Sky narrates Pino Lella’s journey from being an average Italian teenager to getting recruited at 18 as a personal driver for General Hans Leyers, Adolf Hitler’s left hand in Italy. Besides his journey as a spy inside the German High Command, this book also touches on his budding romance with Anna, whom he met while he was helping Jews escape over the Alps.

Brimming with courage and endurance, Pino Lella’s story about survival for his life and love will surely make any reader engrossed and on the edge of their seats.

Can’t Hobble The Elephant is a war fiction based on the civil war written by Frank Dutch. The title depicts the imagery of how the war’s elephant tramples and kills people in battle, and even when they go back into their homes and usual businesses. Narrating the journey of Josh O’Donnell in his run from the Union army on Can’t Hobble The Elephant, the book provides a thrilling and seemingly never-ending play of cat and mouse between him and the very army he once served loyally.

Can’t Hobble the Elephant spellbindingly reflects the difficulties people in service face even after wars are over. As Josh continuously faces and evades his foes, readers are shown how after-war experiences can be just as harmful as the war itself.

The Red Badge of Courage by Stephen Crane

This book perfectly details why romanticizing concepts and building an image of them purely based on hearsays or biased perspectives can be destructive to an individual. Henry Fleming, the book’s protagonist, experiences war against the division of Confederate soldiers after joining the army merely due to his unrealistic expectations of military life.

The book is titled as such as the primary focus of the story is Fleming’s journey of redeeming himself after deserting his comrades from war – the way he initially pictured out positively. The Red Badge of Courage is remarkable for its realism in depicting war.

Regeneration tackles the psychological effects of World War I on not just the military but also the innocent individuals affected. It focuses on treatment methods and likewise narrates an honored English officer’s story as he was sent to a military hospital after he surrendered from the war. Pat Barker scrutinizes war and its effect on identity and masculinity as she weaves fictional events and characters with real-life ones.

Elizabeth creates danger, resolve, and a thrilling read of survival, showcasing the significance of friendship to other people’s lives. Verity is a secret agent who got arrested on enemy territory – a spy’s worst nightmare. The book presents her interrogations as she’s forced to reveal her mission or face execution.

Code Name Verity stands as Verity’s memoirs as she uncovers her past, her friendship with Maddie, and why she left her in the plane’s wreckage. At every flip of the book’s pages, the battle for Verity’s life becomes increasingly challenging as she becomes more desperate for survival.