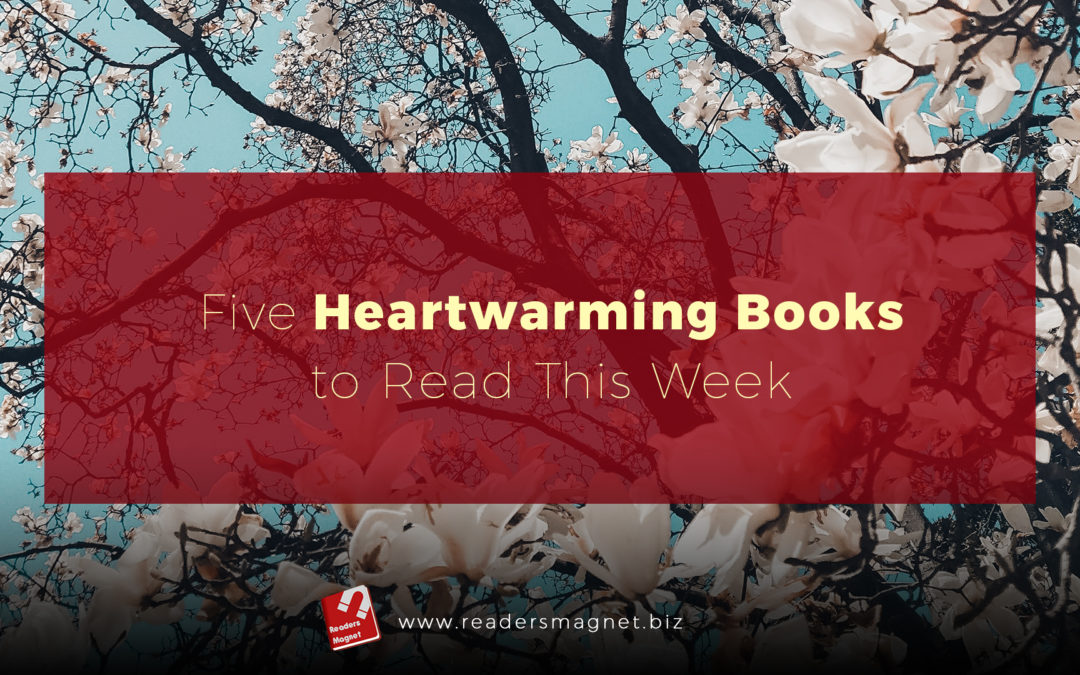 Let’s embrace spring by checking out these five heartwarming books this week.

It’s the last week of spring, and while it’s not the spring we all hoped for, it is still worth enjoying. Spring is a symbol of hope and a new beginning. Despite the current situation with the pandemic, there is still hope. There is still cause for celebration. Most of us might be stuck in our homes but it’s no reason for us to feel hopeless and desperate. We may not be able to go outside and play in the sun, but that doesn’t mean the sun isn’t shining. Let us embrace spring still through these five heartwarming stories of faith, love, and of course, hope.

A Man Called Ove is a story about a grumpy man named Ove, whom everyone refers to as “ the bitter neighbor from hell.” His life is changed one day when a couple with two chatty young daughters move in next door. Their first meeting was a disaster, but what follows is a series of funny and heartwarming moments that led to an unlikely friendship. Their friendship transforms Ove from a cranky old man to a confidant and a valued friend. A Man Called Ove is Fredrick Backman’s debut novel. It is a moving tale of friendship, acceptance, patience, and rediscovering one’s self. A delightful, and feel-good novel for the whole family.

One Caregiver’s Journey by Eleanor Gaccetta

Speaking of family, One Caregiver’s Journey is a personal memoir about a daughter who spent almost a decade caregiving for her elderly mother. In her book chronicles her journey into full-time caregiving. The book features not only the challenges but also includes Gaccetta’s prerequisite to becoming a caregiver. Although not written from a medical person’s perspective, readers will find One Caregivers Journey as a wealth of information, lessons, as well as wisdom from Eleanor Gaccetta’s years of experience as a family member taking care of an elderly patient. Above all, One Caregiver’s Journey is a remarkable tale of a person’s dedication to her mom until the very end. Gaccetta’s mother died at age 102, nine and a half years after her accident.

Published posthumously in 2016, When Breath Becomes Air chronicles Paul Kalanithi’s struggle with lung cancer and his reflections on mortality. At age thirty-six, after almost completing a decade’s worth of training as a neurosurgeon, Paul was diagnosed with stage IV lung cancer. In a blink of an eye, Paul went from being a doctor to a patient. Kalanithi examines his life, his journey as a medical student, about what makes life meaningful, and his realizations in coming face to face with his own mortality. Filled with wisdom, honesty, and life-affirming recollections, Paul Kalanithi’s When Breath Becomes Air is profound and brilliant at the same time. Paul Kalanithi died in March 2015. He was only 37 years old.

The Keeper of Lost Things by Ruth Hogan

Ruth Hogan’s debut novel is a story about a man named Anthony Peardew. Forty years ago, Andrew lost a keepsake from Therese, his fiancée. That very same day, Therese died unexpectedly. Since then, Anthony sought consolations in rescuing lost items from strangers and writes stories about them. Now that he is old, Anthony passes his secret life’s mission along with his house and all its treasures to Laura, his assistant. Laura, with the help of two friends, is determined to fulfill Anthony’s last wish- to return these cherished lost objects to their owners. The Keeper of the Lost Things is a heart-warming tale about discoveries and possibilities, and the world finds a way to reunite with what we have truly lost.

And the Mountains Echoed by Khaled Hosseini

From the author of the bestsellers The Kite Runner and A Thousand Splendid Suns comes another compelling read from Khaled Hosseini. And the Mountains Echoed follows the story Abdullah and his younger sister, Pari. They are everything to each other. However, their lives suddenly change after their father sold Pari to a wealthy, childless couple in Kabul. What transpired in the next years changed not only Abdullah and Pari’s lives but also those of their families. And the Mountains Echoed takes readers to many to Kabul, Paris, San Francisco, and the Greek Island of Tinos. Hosseini’s complex saga is filled with many emotions and explores the idea of family. Like other Hosseini novels, this one is truly haunting and healing at the same time.