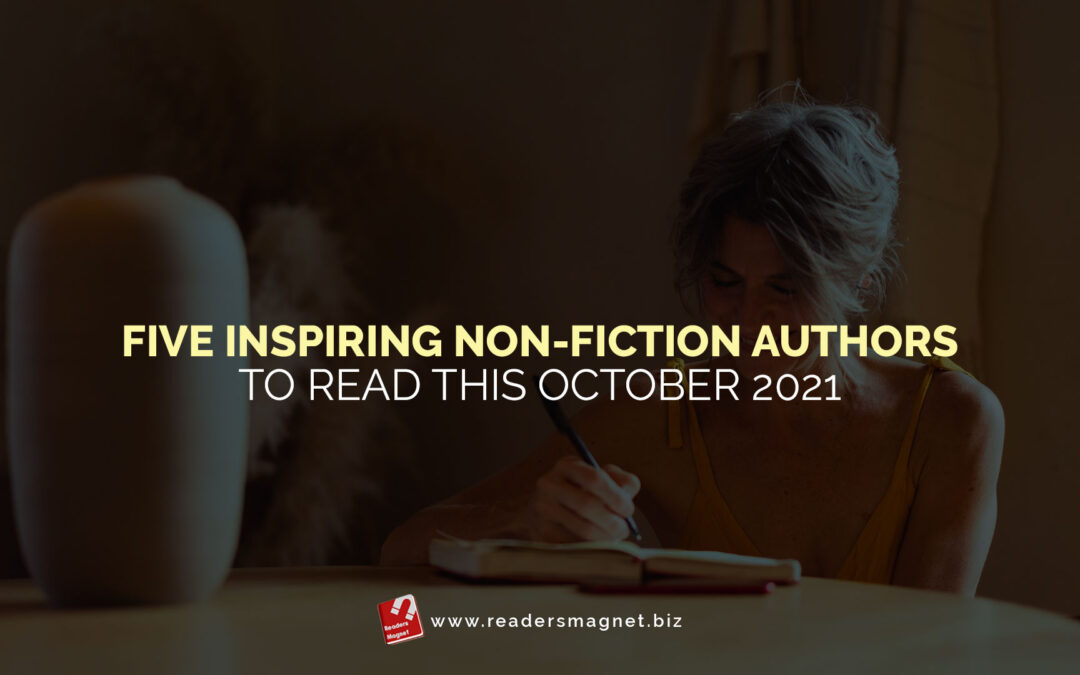 These five authors contributed inspiring non-fiction works that are worth reading today.

A Woman in Berlin is a memoir anonymously published in 1954, 1959, and 2003. The controversial non-fiction book detailing the horrors and ordeal that the German women suffered during the Occupation was later discovered to be the work of one Marta Hillers. Hillers passed away in 2001. In her book, Hiller describes how she lived in Berlin for eight weeks in 1945, as Berlin fell to the Russian army. She kept a journal recording the daily life in her apartment and those who live in it. The memoir highlights the sufferings of war, particularly hunger and the shameful indignities that civilians suffered in the hands of the occupying army, which include mass rape of women regardless of age or physical condition. Marta Hillers’ narrative inspired historians and human rights activists to look into this war atrocity.

Before becoming a celebrated columnist and a best-selling author, Jeanette Walls came from a nomadic family and had to endure an impoverished childhood. Together with her parents and three siblings, they often moved from place to place, and there were even periods of homelessness. They eventually settled in a dilapidated house in their father’s Appalachian hometown of the Welch. Jeannette and her siblings were determined to escape poverty and their irresponsible father. Jeanette’s sister Lori first moved to New York and worked as a waitress before becoming a comic artist for Archie Comics. Jeanette then followed and had to struggle financially to support her education. With help from loans, grants, scholarships, and work, Jeanette eventually earned her Bachelor’s Degree and worked her way to become a successful media person. Her life story is detailed in the memoir, The Glass Castle.

How can one person suffer so much in life and still find a way to heal and be an inspiration to others? W. Veronica Lisare, the author of the moving memoir The Other Side of Fear, is one of the living examples that there is always hope when you have faith in God. In her book, W. Veronica Lisare details how she suffered many losses, including an abusive childhood, a difficult marriage, betrayal, divorce, cancer, financial losses, career, and the death of a grandchild. But God works in such amazing ways that Lisare eventually found the path to healing and now, through her ministry work, has helped other heal and embrace the grace of God. Her memoir continues to aid others in finding a more meaningful spiritual journey. Discussions on overcoming fear in W. Veronica’s book are also among its significant highlights.

The recent tragedy that hit Afghanistan last month forced us to remember those who stood against the Taliban rule and culture. One of these heroes is a young girl named Malala Yousafzai. We all know her as the young Pakistani Education rights activist who was shot in the head at point-blank range and survived. She was only fifteen years old at that time. In her book, I am Malala, she recounts how the Taliban took control of the Swat Valley in Pakistan. The fierce daughter of school owner Malala Yousafzai refused to be silenced and fought for her right to an education. Today, Malala Yousafzai is the world’s youngest Nobel Prize laureate and an international best-selling author. Her memoir has inspired young girls and women around the world to fight for their fundamental rights.

Tara Westover’s life story is one of the most controversial memoirs in recent years. Born to Mormon survivalist parents, Tara and her sibling never received formal education and health care. Their parents refuse to send them to public schools or to be checked by any physician. Tara obtained her birth certificate at age nine and was already 17 when she set foot in a classroom for the first time. Her book, Educated, details her journey to end the cycle in her family, her pursuit for higher education, and the milestones she achieved after being independent of her parents. Educated: A Memoir, a New York Times No.1 bestseller, is now translated into 45 languages and has earned numerous positive reviews. It is a reminder that we as individuals can determine our own fate.