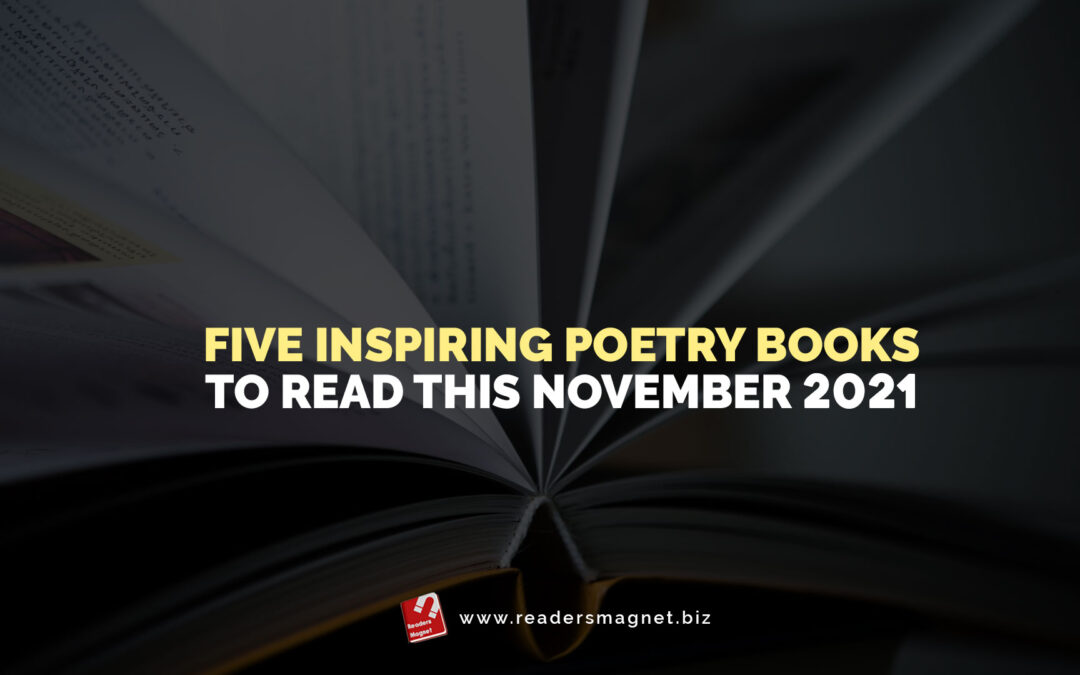 ReadersMagnet Review invites you to check out this month’s five inspiring poets and their works.

Kate Baer is an American author and poet based on the East Coast. Baer’s debut book What Kind of Woman was a #1 New York Times Bestseller featured in several publications, including Harper’s Bazaar, Vogue.com & The Chicago Review. Kate’s work has also been published in The New Yorker, Literary Hub, Huffington Post, and The New York Times. This year, Kate Baer released her second book, I Hope This Finds You Well, and is the main reason she is on our list. I Hope This Finds You Well is a collection of found poems created from notes Baer received from followers, supporters, and detractors, mostly women. Many of these notes contain invasive messages and sometimes cruel ‘advice’ and ‘opinions’ Kate Baer decides to transform these ugly or painful notes into something beautiful, positive, and inspiring.

Teresa Dye is not your average pampered poet. She is a survivor, a mother, a wife, and an American poet rich with struggle, triumphs, and human experience. She came from a close-knit community of Twin Lake, MI, and was raised by many kind-hearted ‘mothers.’ Her mother single-handedly took care of them and raised them on welfare. Dye herself would experience raising her kids on her own for a time after she and her husband divorced. The modest but happy childhood, the trials she endured, and the happiness she has found with her new husband, Robert, are all encapsulated in Poetry to Live By: Messages from the Heart, a book about facets of life by Teresa Dye. If you want inspiration and a feel-good read, we recommend you read this amazing book.

Kelli Russell Agodon is an American poet, writer, and editor born in Seattle. Agodon graduated from the University of Washington and Pacific Lutheran University Rainier Writing Workshop with an MFA in creative writing. She was the Editor-in-Chief of the Crab Creek Review from 2009 until 2014 and the Co-Director of the Poets on the Coast: A Weekend Writing Retreat for Women. Agodon has published numerous books and anthologies, but our favorite is her recent book, Dialogues with Rising Tides. The book is a collection of poems that facilitates a humane and honest conversation with the forces threatening to control us. The anxieties and heartbreaks of life—including environmental downfall, cruel politics, and suicide are discussed in Agodon’s sharp and dark poetry.

Ryan Meyer’s breakthrough came with the publication of his first poetry book, Haunt, in 2018. Meyer is from Sheldon, Connecticut, and is a graduate of Southern Connecticut State University. His work has been featured in Freshwater Poetry Magazine, Beechwood Review, Folio Literary Magazine, and Moon Tide Press’ Dark Ink Anthology. This year, Meyer released a whole new collection of poems which is a departure from his old works. Tempest displays Ryan Meyer’s maturity as a poet and writer as he tackles fear, hope, and self-identity through striking fictional vignettes and surreal personal accounts. Tempest is thus a union between the dichotomies of musical, rhythmic, poetic dialogue and the more profound, innate anxieties that often go hand in hand with change or new beginnings. Tempest is, by far, Ryan Meyer’s most serious and outstanding work.

Yung Pueblo is the pseudonym of Diego Perez. Yung Pueblo means “young people” and is meant to remind us that humanity is entering an era of remarkable growth and healing when we may expand our self-awareness and release old burdens. Perez was born in Ecuador and immigrated to the United States as a child. He grew up in Boston and attended Wesleyan University. In 2012, he attended a silent Vipassana meditation course where he saw that natural healing and liberation were possible. These experiences are reflected in his works and poetry. Yung Pueblo’s two remarkable works are Inward and Clarity & Connection, and we recommend these for those who want their journey of personal transformation.