Five Interesting Christian Authors to Check Out this Year 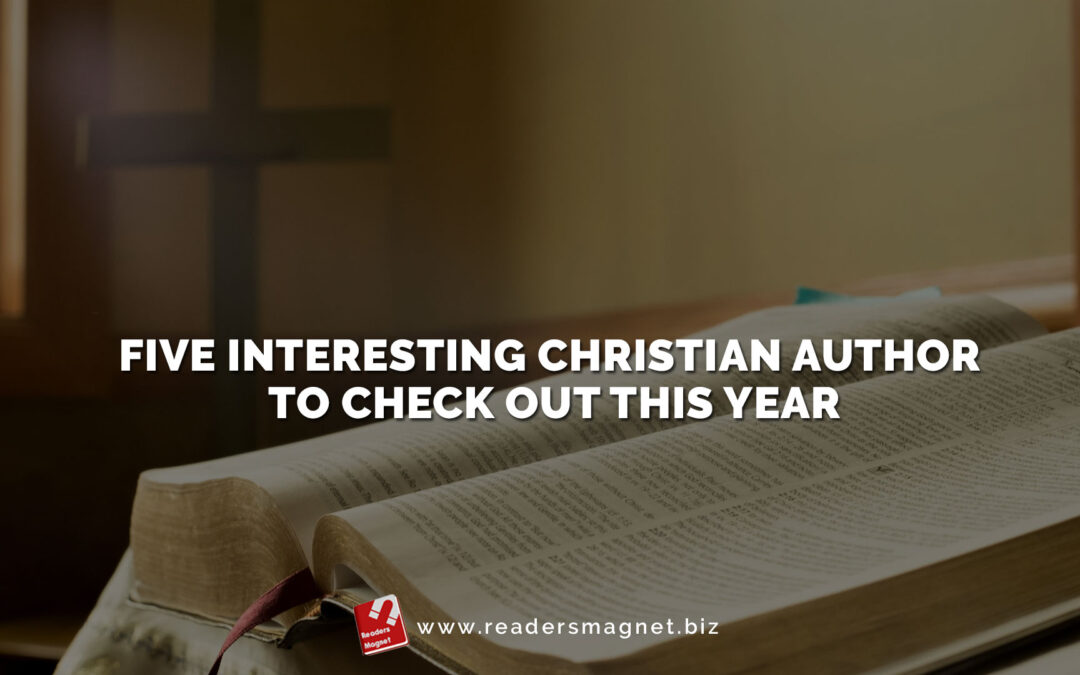 Jennie Allen published her first book in 2011. Today, she is among the leading writers of modern Christian literature. She is an award-winning and bestselling author of Anything (2011). Her body of works includes Get Out of Your Head (2020), Made for This (2019), Nothing to Prove (2021), as well as the Bible studies Stuck (2011), Chase(2012), and Restless (2013). As the founder and visionary for the IF: Gathering, Jennie Allen is a passionate leader following God’s call on her life to catalyze a generation of women to live what they believe. She also has a Master’s in Biblical studies from Dallas Theological Seminary. Jennie Allen lives in Austin, Texas, with her husband, Zac, and their four children.

Frank Heelan is the author of the groundbreaking Christian book Stations of the Risen Christ: Resurrection Meditations. Heelan is from the Elmhurst, Queens County section of New York City. He attended Xavier High School in Manhattan and has a baccalaureate from Fordham University and a Master’s from New York University (NYU). He also has a doctorate from Columbia University. As a teacher, Heelan taught History at Power Memorial High School in New York City and Dobbs Ferry in Westchester County. He also served as Superintendent of Schools for Tuxedo Park School District in New York and Manville School District in New Jersey for more than twenty-five years. Frank Heelan served as President of Edison School District, a New Jersey City, with around 17,000 students.

Dane C. Ortlund earned his Ph.D. at Wheaton College. Ortlund is a senior pastor of Naperville Presbyterian Church in Naperville, Illinois. He also works as an editor for the Knowing the Bible series and the Short Studies in Biblical Theology series. Since 2008, Ortlund has published several Christian books, including Gentle and Lowly: The Heart of Christ for Sinners and Sufferers and Deeper: Real Change for Real Sinners. Dane and his wife, Stacey, have five children. Dane C. Ortlund writes articles and is the chief publishing officer and Bible publisher at Crossway based in Wheaton, Illinois, USA. His latest work is the inspirational book, How Does God Change Us? It is scheduled for release in September this year.

Pastor Michael Todd has been a Lead Pastor of Transformation Church based in Tulsa, OK, since 2015. Founding Pastor Gary McIntosh entrusted Michael and his wife Natalie with the Transformation Church. The couple’s sermon series “Relationship Goals” reached millions of people worldwide and contributed significantly to their church’s popularity. Todd is the author of several Christian and fiction books. His most celebrated works include Relationship Goals: How to Win at Dating, Marriage, and Sex, Relationship Goals Study Guide, Relationship Goals Challenge, The Difference a Day Makes, and Resurrection Of The Damned: A Supernatural Action Adventure Opera. When not busy with his writing, Michael Todd divides his time with the church, speaking engagements, and his lovely family consists of his wife and three beautiful children—Isabella, Michael Jr., and Ava.

Gene Edward Veith is one of the prominent figures in Christian literature. Aside from being an author, Veith is also a scholar and Professor of Literature emeritus at Patrick Henry College. Veith received his Ph.D. in English from the University of Kansas in 1979. He also holds honorary doctorates from Concordia Theological Seminary, Concordia University California, and Patrick Henry College. Some of his significant works include Authentic Christianity: How Lutheran Theology Speaks to a Postmodern World, Christianity in an Age of Terrorism, Christians in a .Com World: Getting Connected Without Being Consumed, Classical Education: The Movement Sweeping America, Classical Education: Towards The Revival of American Schooling. His latest book is the 2020 guide book Post-Christian: A Guide to Contemporary Thought and Culture.