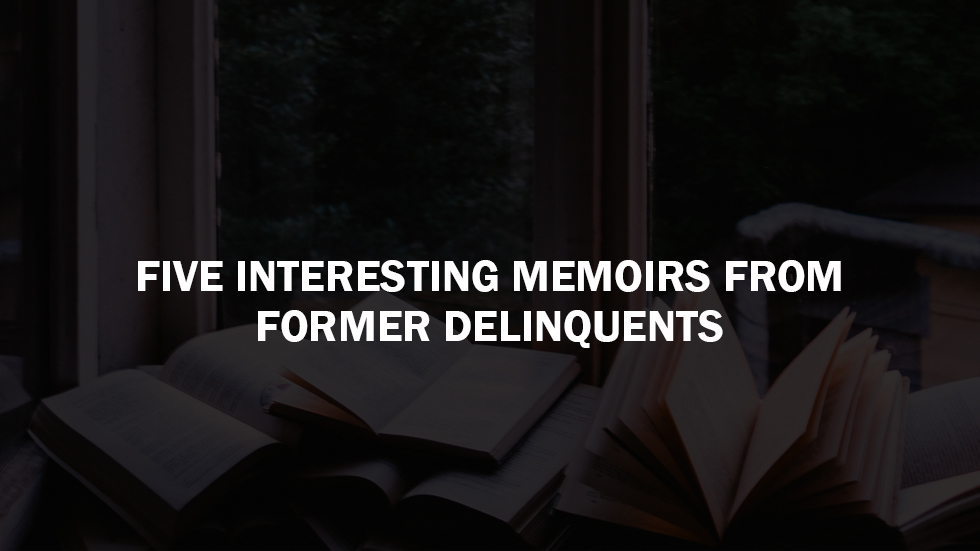 Portrait of an Addict as a Young Man by Bill Clegg

Bill Clegg is a renowned literary agent, a supportive partner, a dependable colleague, and a pleasant guy to be around. That all changed entered the world of drugs. In his powerful memoir, Bill Clegg shares how he embarked on a two-month crack binge that almost destroyed his life and took away everything he had built. This phase in his life saw him enter rehab only to relapse. The addiction cost him his home, his money, his career, and very nearly his life. Portrait of an Addict as a Young Man is an honest, remorseful, but well-written account of how one successful man almost threw away everything for drugs and how he found the strength to overcome darkness and sought redemption.

Los Angeles is home to America’s most violent gangs and notorious individuals. Throughout history, warring gangs and factions have engaged in criminal activities including robbery, extortion, murder, and illegal drugs. Ray Watkins, a.k.a. Charles Lewis Anthony, is one of the many young men born in the 1970s and raised in the 1980s in the gang-populated city of Los Angeles, California. His 2018-memoir tells us about his years as a gangster and substance abuser. It’s a heartwarming book of overcoming inner demons, surviving a decadent past, and ultimately seeking God’s grace and forgiveness. Anthony’s book for a better life of faith and redemption is a must-read for young people out there.

Blackout: Remembering the Things I Drank to Forget by Sarah Hepola

Alcoholism is one of the many addictions that has destroyed lives and careers worldwide. It has destroyed families and relationships and plays a big role in most crimes in the United States. Above all, alcohol is a significant factor in anxiety, depression, and even suicide. Blackout: Remembering the Things I Drank to Forget is an inspiring memoir by former alcoholic Sarah Hepola. In her book, she shares her darkest moments as he struggled with alcoholism and depression. Her biggest problem was that alcohol makes her forget the things she did. These blackouts eventually took a toll on her career, family relationship, and mental health. Blackout is a funny yet compelling book that will remind readers to take control of their lives and get sober.

My Bloody Life: The Making of a Latin King by R. Sánchez

John “Boxer” Mendoza got involved with drugs and crime at an early age. Eventually, he commits violent robberies and landed himself in jail. While in prison, John became a member of a gang called Nuestra Raza, an extension of the notorious crime group Nuestra Familia. The memoir Nuestra Familia – A Broken Paradigm: John “Boxer” Mendoza’s Personal Journey into a World of Deception, Betrayal, and Redemption, published in 2012, chronicles his journey in and out of prison for drugs and parole violations. For 20 years, he wasted his life until one day, his loyalty to the gang was suddenly in question. Mendoza’s memoir offers a glimpse into the world of prison gangs and how he got out safely. He does not seek to glorify gangs and violence. It is an inspirational book about remorse and redemption.