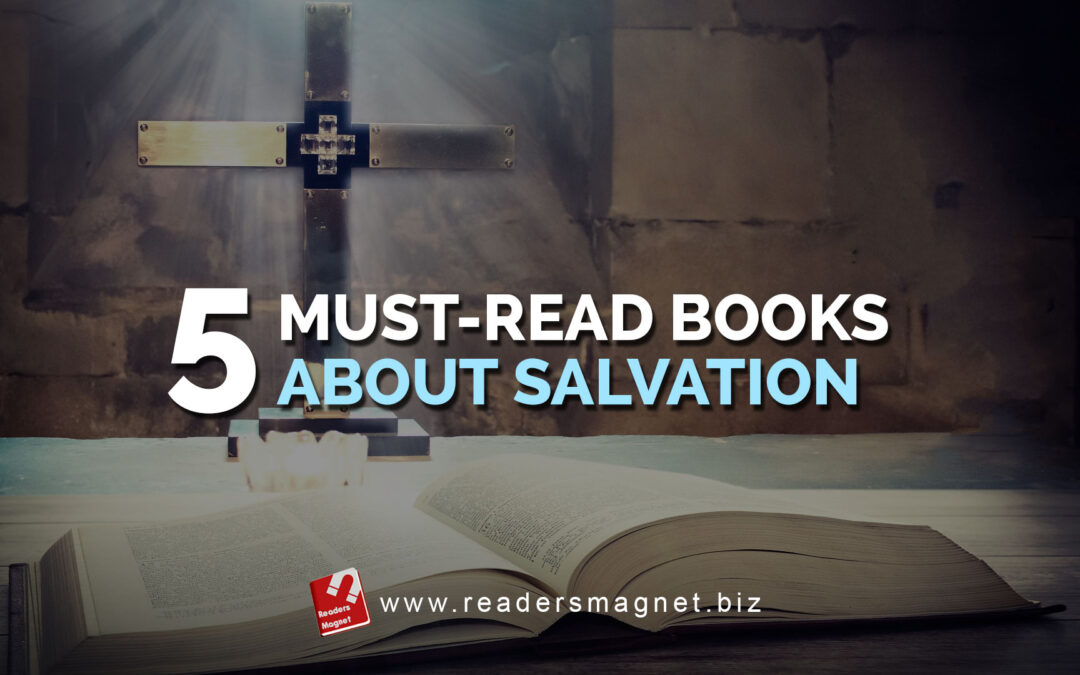 The Bible has always emphasized salvation. Salvation is the act of being delivered from peril. God wanted His people to be saved and rescued from harm. The church has stated that the end-times are near and people must find salvation. However, it can be hard to understand and find salvation. Hence, here are five books that will help readers find salvation.

The Bait of Satan by John Bevere

In 2013, The Bait of Satan was released to the public. John Bevere aims for this book to push people into escaping from the deadly trap of the enemy. This exposes the deceptive traps used by Satan to have believers fall from the Grace of the Lord. Bevere explains that those who fell to the trap of Satan do not even realize this. He reveals the effects of this on the relationship with God and how one’s response will be the determinant of one’s future. The book shares that when an offense is handled correctly, any person will become stronger instead of bitter. Readers will find answers to hard questions such as how to fight the thoughts of suspicion or distrust. This will empower readers to stay away and free from the offenses of Satan. Thus, enabling a strong relationship with God.

A Law from Eden by Marilyn Taplin

Marilyn Taplin was a Christian who was determined to reveal what God said about human morality. Hence, she published her book, A Law from Eden: Solving the Mystery of Original Sin in 2017. This book aims to share Taplin’s thoughts of God’s instruction for mankind on the subject of human sexuality. The book was a result of years of biblical research. She reveals in the book that the original sin was oral sex which is an act of sexual perversion. This act was the root of all evil and misconduct here on Earth. The book also tackles timely topics, most especially Christianity and LGBTQ. Taplin advises this century’s Christians to remain chaste and avoid performing perverse sexual acts in order to bring heaven back to Earth.

Gospel According to Jesus by John MacArthur

Gospel According to Jesus is a book from the popular Christian author, John MacArthur. Published in 2017, this has received wide acclaim in confronting the “easy-believism” that has been viewed on evangelical Christianity. Among the myriad of extraordinary books that have been read, re-read, and used in churches, study groups, and homes, this book was one of them. MacArthur emphasized in this book that there is no eternal life without surrender to the lordship of Christ. Hence, deepening the debate over the “lordship salvation” and the biblical understanding of faith and works. Gospel According to Jesus provides a fresh perspective on the relationship between faith and works illuminating the reason why Jesus is the Savior and Lord to believers.

John Piper was a preacher, chancellor, and author who published more than 50 books on Christianity. One of his promising Christian books is Desiring God that he published in 1986 and republished in 2011. The book is a stirring work that will change anyone’s views about God. This enables readers to experience the lifelong pleasures one can get from knowing God such as satisfaction, happiness, and joy. Piper states in the book, the pursuit of pleasure in God is not only permissible, it’s essential. He reveals that there is no need to pick between duty or delight in a Christian’s life since to be a disciple of Jesus means delight is the duty. Cases written in the book are drawn from the Scripture to defend his reasoning as to why pursuing maximum joy is vital to glorifying God. The book aims to change your views in a good way for the glory of God and the reader’s deepest joy.

The Esther Anointing by Michelle McClain-Walters

Published in 2014, The Esther Anointing: Becoming a Woman of Prayer, Courage, and Influence will inspire readers to become like Esther of the Bible. Esther is highlighted in the book for the reason that she is an incredible woman of God. In the Bible, Esther was portrayed as a woman willing to risk her life for her people and for God’s plan. She answered God’s call and went through a season of preparation, emotionally and spiritually, to further His plans. The book uses Esther as an example of how God positions women and giving them divine opportunities for His glory to this day. This book provides readers the keys to Esther’s success in her assignment that will help readers become a better version of themselves. This book emphasizes that no matter your background, skills, and abilities if you allow God in your life, He will use you for greater things.