Five of the Best Children’s Book Authors Everyone Should Know 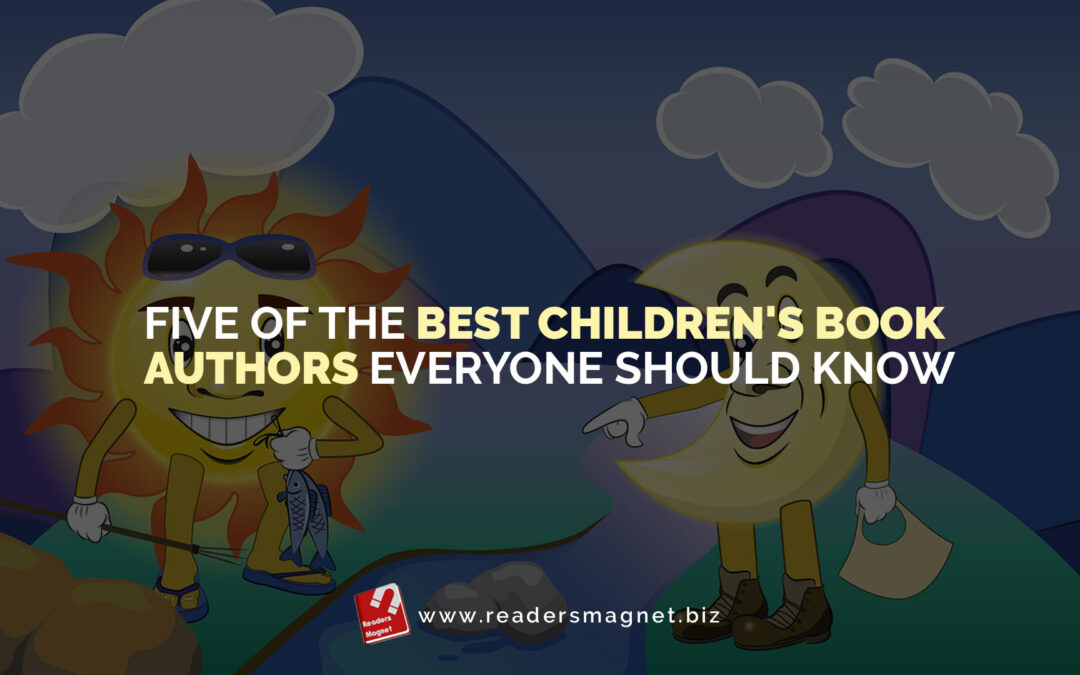 Dr. Seuss once said, “The more that you read, the more things you will know. The more places you learn, the more places you’ll go.” Reading is fundamental. It is one of the keys to unlocking your greatest potential. Reading develops our brain, helps us do better in school, and provides an open window into the world around us. Our love for literacy all started when we were younger— a time of our lives where our parents first introduced us to our first book. If it were not for children’s books, we wouldn’t be able to develop emotional intelligence, creativity, and knowledge. And for that reason, we must recognize some of the greatest children’s authors out there. Below are authors who have contributed greatly to children’s literature.

Beverly Cleary is an American writer of children’s and young adult fiction. She was born in McMinnville, Oregon. She used to live on a farm in Yamhill, where it is a small town with no library. She remembered her mother arranged with the State Library to have books sent to Yamhill and acted as librarian. And because of this, young Beverly learned to love books and soon developed into a burning passion for writing stories. She is considered as one of America’s most successful authors. Her career started in 1950 when she published her debut children’s book, Henry Huggins. The majority of her works are set in Grant Park, located in Portland, Oregon. Her legacy will go on and will forever be praised by readers.

Caroleann Rice is a promising author of two wonderful children’s books, The Song of Solomon the Snail and The LadyBug and Bully Frog. Rice, being a chaplain, shares and instills Christian values in the youth. Through her work, she loads it with values and worthwhile lessons to provide young children the needed wisdom in life. All her characters are based on Bible characters. A consistent character in both books is Solomon Snail, who showed the characteristic of a God-fearing and follower of Christ. This amazing snail is a memorable character who children can look up to. Rice writes children’s books to share the message of overcoming life’s challenges and struggles through God.

Christopher Paul Curtis is known for his award-winning children’s book, Bud, Not Buddy. He’s an author with humble beginnings. He worked different jobs, including blue collars for years before he found passion in children’s literature. It was when he decided not to overwork himself that he found time to read and write. He first began writing as a way to pass the time but soon elevated into a career. He published his first-ever book in 1995. Many of these children’s books are set in Flint, Michigan, where he was born and raised. And in 2000, he became the first African-American man to win the Newbery Medal.

Roald Dahl was a spy, fighter pilot, chocolate historian, and medical inventor. But, he is best known as an author. He authored classic children’s books Charlie and the Chocolate Factory, Matilda, and The BFG. Currently, he is the world’s No. 1 storyteller. Dahl’s life was an interesting one; he has a heroic start in life. He first got into writing when he socialized with people working in the publishing industry. He first wrote about his flying experience. Then, later on, he started writing children’s books. His first children’s book was titled The Gremlins, which was published in 1943. He went on to write some of the best-loved children’s books of our time until his death.

Lois Ehlert is an author and illustrator of children’s books, most of which tackle about nature. She grew up painting and sculpting but was always dissatisfied with her artworks. Her mother was the person who exposed her to art when she first taught her how to sew scrap fabric. Ehlert has her own book creation process, which starts with dummy book drawings to determine the subject matter of her new book. Once she assessed the topic, she will do background research to learn more before writing. She has created numerous inventive children’s books, including Chicka Chicka Boom Boom, Holey Moley, and The Scraps Book.