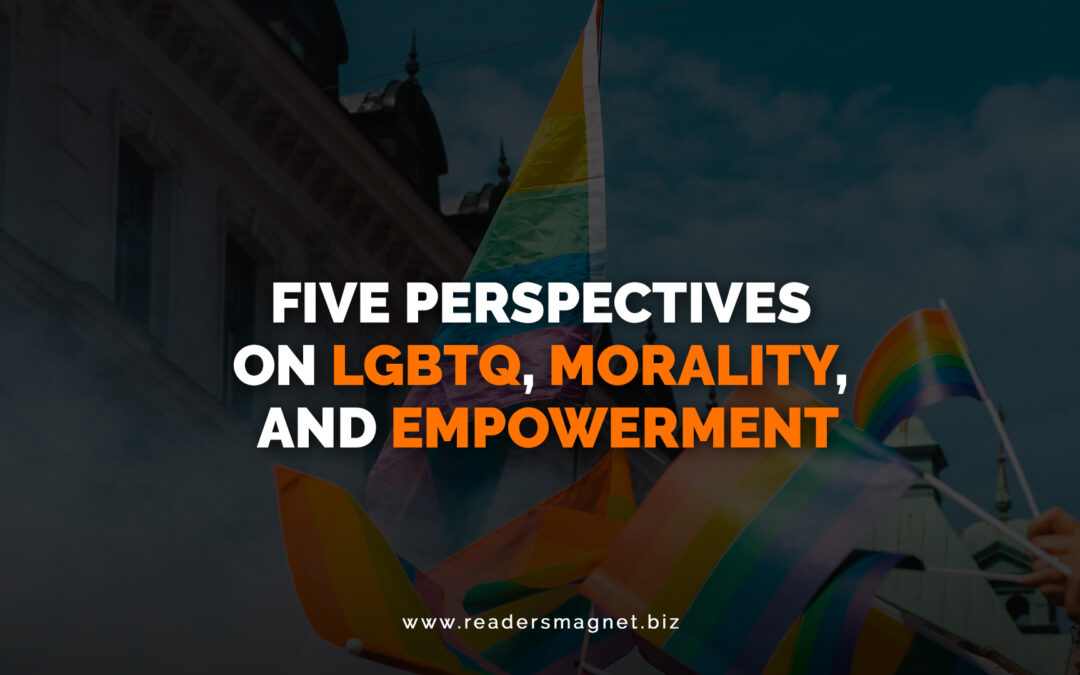 Here are five books offering five perspectives on the LGBTQ movement, its morality, and empowerment.

Fred Fejes is a Professor of Media Studies at Florida Atlantic University, USA. He is also known for his studies and publications about the LGBTQ discourse. In 2008, Fejes published Gay Rights and Moral Panic: The Origins of America Debate on Homosexuality. The book features the emergence of the gay rights movement and the history of the tension between LGBTQ rights advocates, and the adversities they faced. Fejes highlights the 1977 campaign against the Dade County Florida gay rights ordinance as a focal point in his book and provides readers with an extensive view on how the gay and lesbian rights campaigns became a part of the overall minority rights movements. It is an essential account of both the LGBTQ history and the country’s past as well. A must-read chronicle for those who wish to understand the history of America’s LGBTQ movement.

A Law From Eden by Marilyn Taplin

When we talk about the LGBTQ movement, ideas about sexuality and morality come to mind. Marilyn Taplin’s A Law From Eden: Solving the Mystery of Original Sin, offers a perspective that only few can afford to discuss- the issue of sexual perversion, which so rampant in today’s LGBTQ communities. In her book, Taplin explains that many of us believe that the original sin is seeking knowledge, but actually, it is sexual perversion. Throughout history, fornication has been practiced in pagan societies, and today they are commonplace in the LGBTQ movement. For Taplin, this misunderstanding of human sexuality has greatly contributed to a moral breakdown. Taplin encourages those who professed to be Christians to learn more the truth about the original sin and end this act and help bring back heaven on this earth as promised by God.

The Morality of Gay Rights by Carlos Ball

The Morality of Gay Rights by Carlos Ball provides insights into the political perspective of the LGBTQ movement. In this book, Carlos Ball shares a study about the connection between gay rights and political philosophy. Discussions featured in the book include the writing of contemporary political and legal philosophers-including Rawls, Walzer, Nussbaum, Sandel, Rorty, and Dworkin. Ball provides thoughts about how these theoretical frameworks align to certain gay rights issues, such as same-sex marriage and parenting by lesbians and gay men, and other controversies that are part of ongoing political and legal debates. The Morality of the Gay Rights is an essential read in understanding the LGBTQ as a socio-political movement and not just a campaign by persons with different sexual orientations and preferences.

Published in 1994, Timothy F. Murphy’s Gay Ethics remains a relevant read for those who are currently following the debates on LGBTQ controversies such as sexual morality, coming out, gay and lesbian marriages, military service, anti-discrimination laws, affirmative action policies, and gays participation in other aspects of public life such as sports, priesthood, political office and so on and so forth. Murphy also highlights the moral significance of sexual orientation research and the legacy of homophobia in health care. Gay Ethics focuses on these discussions within the social context of the lives of gay men and lesbians. It aims to examine objective ways in which ethics can be used to promote moral good for gay men and lesbians.

Is God Anti-Gay? by Sam Allberry

Since the rise of the gay community and the LGBTQ movements, there have been no debates and questions on various topics and controversies surrounding gay people, from religion, morality, sexuality, and politics. Sam Allberry’s Is God Anti-Gay provides light and yet sensible answers to some of the hot topics relevant today. In his book, Allberry shares how Christians, the church, and the Bible might be out of step towards homosexuality. It is no secret to many that there is growing hostility towards the gay community, especially from religious institutions. This book hopes to start a discussion on how to answer the question, Is God homophobic? And how do we treat people who experience same-sex attraction?