Five Romance Novels with a Dash of Mystery 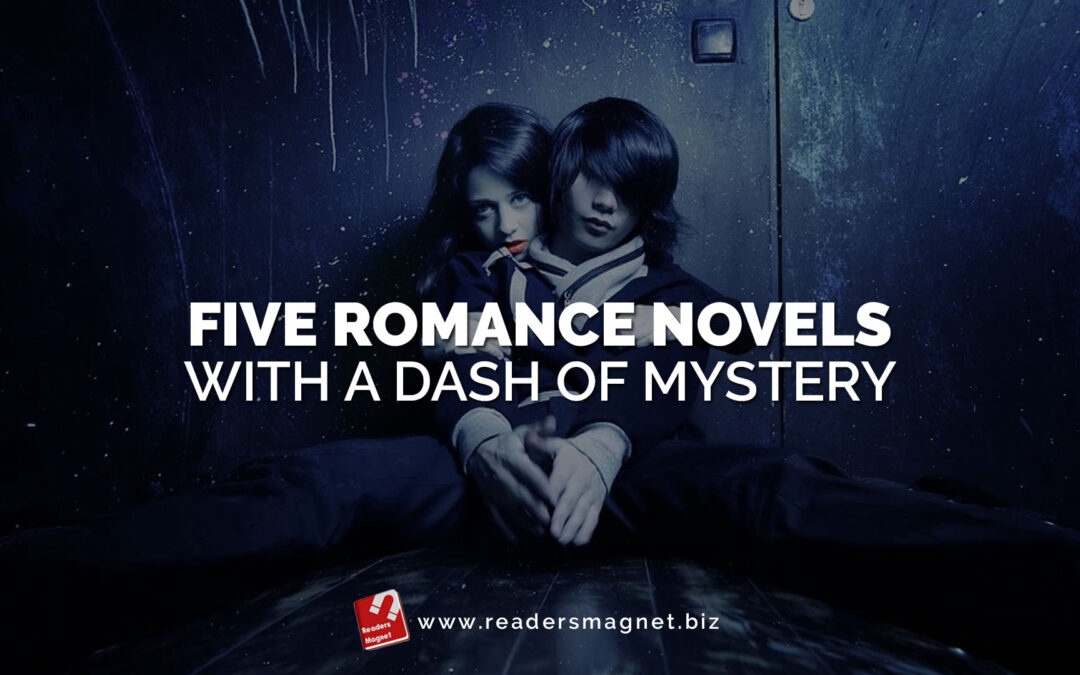 Everyone loves a riveting romance story with a dash of baffling mystery thrown in. To a reader, the overlapping of intriguing world of romance and mystery is an unbeatable combination. It’s always a treat to dive into a story and find the author balancing mystery and romance, toggling between the two fiction genre that will keep readers in constant state of curiosity and tension. If you’ve been yearning for a cozy romance read with a dash of mystery, these books are right up your alley. Read on to discover gripping reads with a twisty plot you don’t want to miss.

A Madness of Sunshine by Nalini Singh

Bestselling author Nalini Singh brings forth another story about one fateful summer, A Madness of Sunshine. Anahera just returned to her remote and rugged hometown, Golden Cove on the West Coast of New Zealand. Relunctant at first but a heartbreak forced her to return. She has changed but finds that nothing has changed in Golden Cove, except that it has now a single police officer: Will. Will Gallagher is a new cop who finds it a dead end job. But this stark and hauntingly beautiful secluded town has a dark secret that shattered the town and people together. Will feels his detective skills is without any need until a young woman disappears. Then, the dark secrets of the town begin to unravel and an odd romance blossoms. Will and Anahera are people wounded by life, but the two formed an alliance to figure out the mystery behind the girl’s disappearance.

Jasmine: A Woman of Color by Monique Boyd

Jasmine A Woman of Color by Monique Boyd may be a debut novel but it blends an enchanting romance, mystery, and intrigue for readers who enjoy a classic romance with a side of murder. Rookie author Monique Boyd’s deft storytelling marries romance and mystery, creating an adrenaline coursing read. The story introduces Jasmine Moore, a beautiful woman of color who recently lost her husband. Prior his death, Jasmine discovered a heartbreaking truth: he was unfaithful. This broke her and turned her heart to stone until Dr. Jason came into the picture. She gave love a second chance but it seems life won’t allow her a peaceful and happy life. An unknown person is out to kill her, she has no clue who and why. To protect herself and finally find happiness, she must get to the bottom of this mystery once and for all.

Spellbound in His Arms by Angel Sefer

Angel Sefer presents a tale of two different people with the same goal fall in love, Spellbound in His Arms. This follows reporter Jackie Alexander and Detective Michael Apostolou who forced to work together to investigate a mysterious death. This death is not an ordinary death. The two race against time to find answers behind the death of the heirs to the incredible fortunie of Greek tycoon Andreas Demiris. But as their suspicions grow, a simmering desire develops that may distract them from the case.

Victoria Helen Stone deftly created a twisted romance mystery titled: Jane Doe. The story follows Jane, an employee at a Midwest insurance company who is perfectly ordinary. Or is she? To many, she is meek, insecure, and willing to defer to a man. The kind which manager Steven Hepsworth like. No one has any idea who Jane really is. She may blend in well at her low-level job, but she is hiding something. And Steven’s bringing out the worst in her. Now, Jane is slowly digging out everything that matters to Steven.

Daphne Du Maurier’s famed book Rebecca follows an unnamed heroine who lives a humble life working as a lady’s maid. And she can barely believe her luck when a dashing widower Maxim de Winter sweeps her off her feet and asked for her hand in marriage. All was well until they arrived at his massive country estate. There she realized how the shadow of his late wife remained and casts over their lives. Beautiful and enigmatic Rebecca’s ghost still haunts the place. The female lead is soon convinced that her husband regrets his impetuous decision to marry her and is still deeply in love with his first wife. But shortly after, she discovers the deep, unhealthy, and obsessive secret of the dead woman.