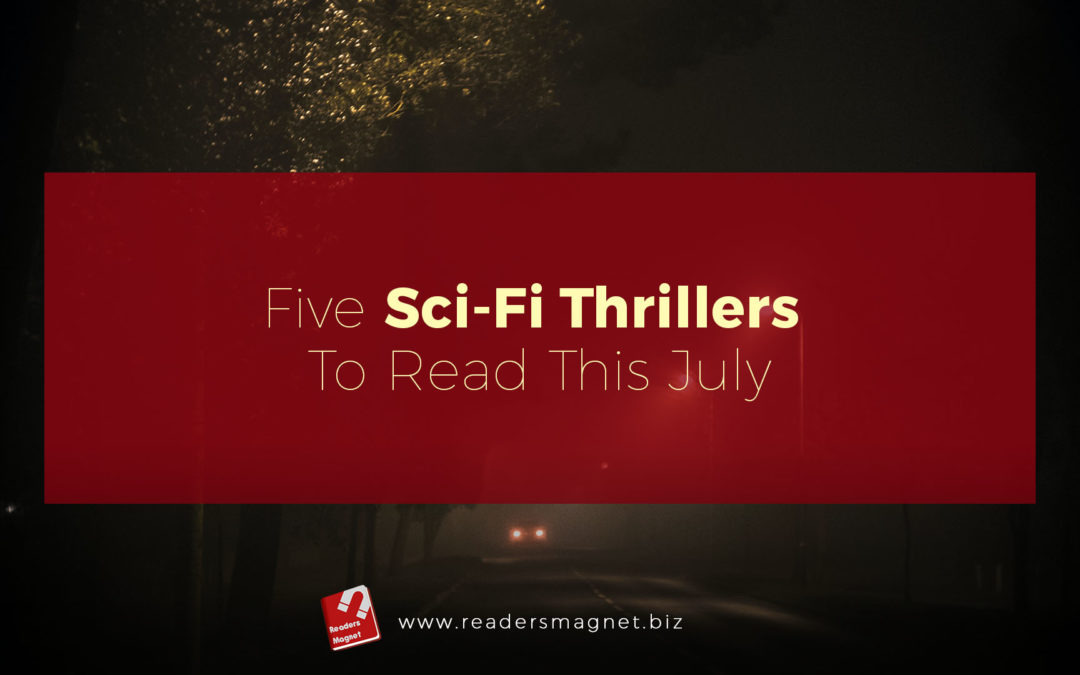 Happiness is something we all pursue. The trick lies in identifying what makes you happy and setting the goal towards it.

It’s June, and being stuck at home is a great opportunity to check out some cool sci-fi reads.

It’s the month of June and many of us are still stuck at home due to this pandemic. While opening for the school to start, businesses to open, and things to go back to normal, we can always spend our time at home doing and learning stuff. Reading is one of the things we can do at home. And what science fiction books offer us an escape from our current predicament. Today, however, we will focus on archaeology sci-fi. These are sci-fi whose plots revolve around ancient archaeological sites, artifacts, myth, magic, and wisdom related to the ancient past. Here are five interesting thrillers to read this month of June.

The Devil’s Eye by Ian Townsend

Published in 2009, The Devil’s Eye by Ian Townsend is based on the deadliest cyclone recorded in history. It is 1899 and the hurricane Mahina is coming to a remote part of the Queensland coast. In the middle of this impending calamity is a native policeman investigating a murder, and almost two thousand men, women, and children gathering right in the path of the storm- Cape Melville. One of Australia’s celebrated fictions, The Devil’s Eye is the story of an unstoppable force of nature and the tragedy that awaits a people. Filled with mystery, thrilling scenes, and riveting moments, The Devil’s Eye is one remarkable novel you should read at least once in this lifetime.

The Brotherhood of the Wone by Len Stage

The Brotherhood of the Wone is a debut novel by Len Stage. The book was released in 2019. It is an archaeological sci-fi that follows the character of Lon, a handyman living quietly in a small town. His life changed after a visit from Jean Conway, the daughter of the town’s museum owner. Jean and her husband are into archaeology. Jean offers Lon a job and a handyman and takes her to Belize, where Jean found a strange piece of a Mayan priest’s robe from Belize. Jean and her colleagues couldn’t make any sense of it. Unknown to them, that one of the greatest forces on this or any other planet, a source that had been dormant for centuries is awakening. Len Stage’s The Brotherhood of the Wone is a must-read for those who want adventure sci-fi reminiscent of the classic Indiana Jones and the Temple of Doom. Truly a remarkable story about hybrid of Mayan, Aztec, and Toltec of the brotherhood.

At the Mountains of Madness by Howard Phillips Lovecraft

At the Mountains of Madness is a 1936 sci-fi horror novel by Howard Phillips Lovecraft. The story follows the events of a tragic expedition to the Antarctic region in September of 1930 and the discovery that was made by a group of explorers. The story is narrated by Dr. William Dyer of Miskatonic University, the group’s leader. In the book, Dyer recounts a series of previously untold events discouraging another expedition back to the continent. A chilling sci-fi narrative about an isolated region, and the horrors that haunted a now lost civilization.

The Librarian: The Search for the Spear of Destiny by Russell Davis

The Librarian: The Search for the Spear of Destiny is the novelization of the first book of the famous fantasy-adventure television film The Librarian: The Quest for the Spear. The book follows Flynn Carsen, who is hired by the New York Public Library as The Librarian. Unknown to him, beneath the monolithic library is an archive that has existed for centuries. It hosts and protects mankind’s greatest secrets as well as historical treasures from The Ark of the Covenant, Pandora’s Box, and Excalibur. These magical treasures can be used for evil, so when one day a part Spear of Destiny is stolen from the library, Flynn along with Nicole Noone embarks on an epic adventure to retrieve it.

This 1999 classic is a story about an anthropologist who recently received a letter written sixteen years ago. The letter Nora Kelly received is written by her father, long believed to be dead. In the letter, his father claims to have found Quivira, the lost city of gold. What follows next is an adventure that leads Nora to the remote corner of Utah’s canyon country. There, they discover that the city is not filled with gold, but with micaceous, golden-colored pottery. They also learned that the place used to be held by Aztec rulers who enslaved the native Anasazi people. Trouble ensued when one of Kelly’s teammates attempted to kill her. Unknown to both parties, a far greater danger awaits them. Thunderhead is dark, mysterious, and a thrilling sci-fi worth reading.