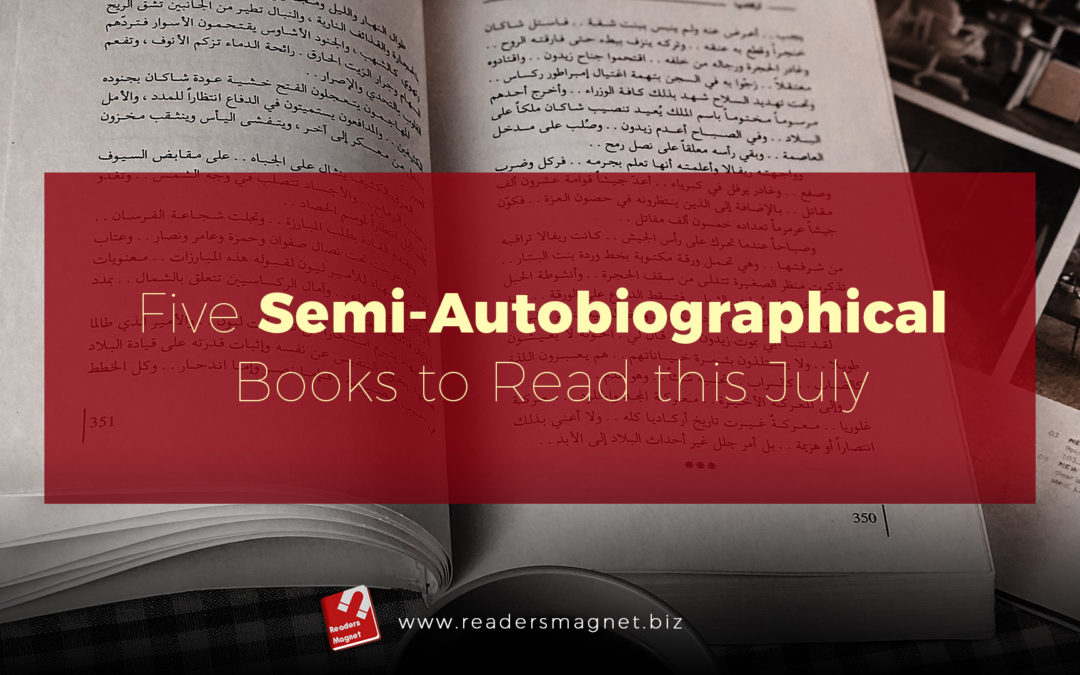 Sometimes the best path to understanding a person’s climb to success – or descent into downfall – is through a semi-fictional retelling of their life, which is best told in the form of a semi-autobiographical novel. Their story can be your story or anyone else’s story – and it provides us with real-life lessons, as well as insight into the mind and attitude of people around us. Moreover, as their narrative captures the temperament of the times through which they have lived, it instills in us compassion and empathy.

David Mitchell followed up on the successes of his first three books – Ghostwritten (1999), number9dream (2001), and Cloud Atlas (2004) – with a semi-autobiographical, Bildungsroman novel Black Swan Green (2006). The title of the book refers to the name of the small village in Worchestershire, England, which serves as a setting for the coming-of-age story about a 13-year-old Jason Taylor, who struggles with stammering (just like the author).

Black Swan Green is divided into thirteen chapters, with each chapter representing a month – from January 1982 through January 1983- in Jason’s life. The novel reveals Jason’s gradually growing awareness of his surroundings – and self. Over the course of the novel, the reader learns about the unhealthy dynamics in his family; his struggles with his speech disorder; his relationships with the people he meets, plus a few friends he could make; his vain efforts to fit in amid the bullying; and his determination for self-growth, including his foray into poetry.

Strong Boy, Weak Man reveals the intense motivation by Earl Robert Key through the character of Michael DeAngelo Nicholas (called Mike in the book), an African-American man who grew up in a sharecropping family in rural Mississippi in the 1960s.

The novel highlights the resilience of Mike as he overcomes various obstacles in his life. Although he has plenty of dreams and ambitions, his family is poor and he struggles with serious learning deficiencies in school. Despite that, he takes his studies seriously, as he is determined to change his and his family’s life around. One great thing about Mike is that he does his best at anything he sets his eyes upon, such as barbering and football.

When his father leaves the family for his mistress, Mike has to become the family breadwinner. At age 19, he moves to Memphis, where opportunities and women abound, so are the challenges of adulthood.

A Farewell to Arms by Ernest Hemingway

After failing to enlist in the U.S. Army due to poor eyesight, Ernest Hemingway served as an ambulance driver in the Italian campaign of World War I. He was wounded after two months. While recuperating, he fell in love with a Red Cross nurse. Their romance served as the inspiration for his novel A Farewell to Arms, as well as the characters, American Lieutenant Frederic Henry and English nurse Catherine Barkley. The novel has been adapted into various media, including theater, film, and TV series.

First published in 1929, A Farewell to Arms is written in the first-person narrative from the perspective of Frederic, who tries to make sense of the war and the death of Catherine, thus the novel’s title suggesting his farewell to both war (the “arms” of armament) and love (the embracing “arms” of Catherine). The novel talks about Frederic and Catherine’s struggle to maintain their love amid the backdrop of increasing violence. They eventually fled to neutral Switzerland, where they met a tragic ending: Catherine gave birth to a stillborn child after a long and painful labor and then hemorrhaged and died with Frederic by her side.

Of Time and the River by Thomas Wolfe

American novelist Thomas Wolfe published Of Time and the River: A Legend of Man’s Hunger in His Youth in 1935 as a sequel to his 1929 debut Look Homeward, Angel. The book, which is a fictionalized account of his life in the early and mid-twenties, established Wolfe as one of the first masters of autobiographical fiction.

Of Time and the River chronicles the maturing of the author’s autobiographical character, Eugene Gant, as he leaves his home in small-town North Carolina for the wider world of Harvard University, New York City, and Europe to search for fulfillment. The novel’s 900-plus pages reveal not just the passing of time in Eugene’s timeline but nature and maturing of Wolfe’s writing process and the artistic expanse of his imagination. It does much to depict a young artist’s passion for his art, as well as his enduring desire for artistic fulfillment and propensity for wanderlust.

Published in 1849-1950, the semi autobiographical David Copperfield is Charles Dickens’ eight novel and one of his most famous works. Through his autobiographical character, the middle-aged David Copperfield, Dickens relates his early personal experiences that had meant much to him – his work in a factory, his schooling and reading, and his emergence from parliamentary reporting into successful novel writing. The author referred to this novel as his favorite child.

David Copperfield is told from the first-person point of view of the titular character. David struggles with life’s challenges early in his childhood. Orphaned and alone, the 10-year-old David is forced to work in a warehouse in London. He wants to find a better life for himself, so he embarks on a life journey that will test his determination. Along the way, he meets and befriends a few people who will either help or hinder him on his path to maturity and success.