Five Tech Sci-Fi Novels You Can Give this Christmas 2021 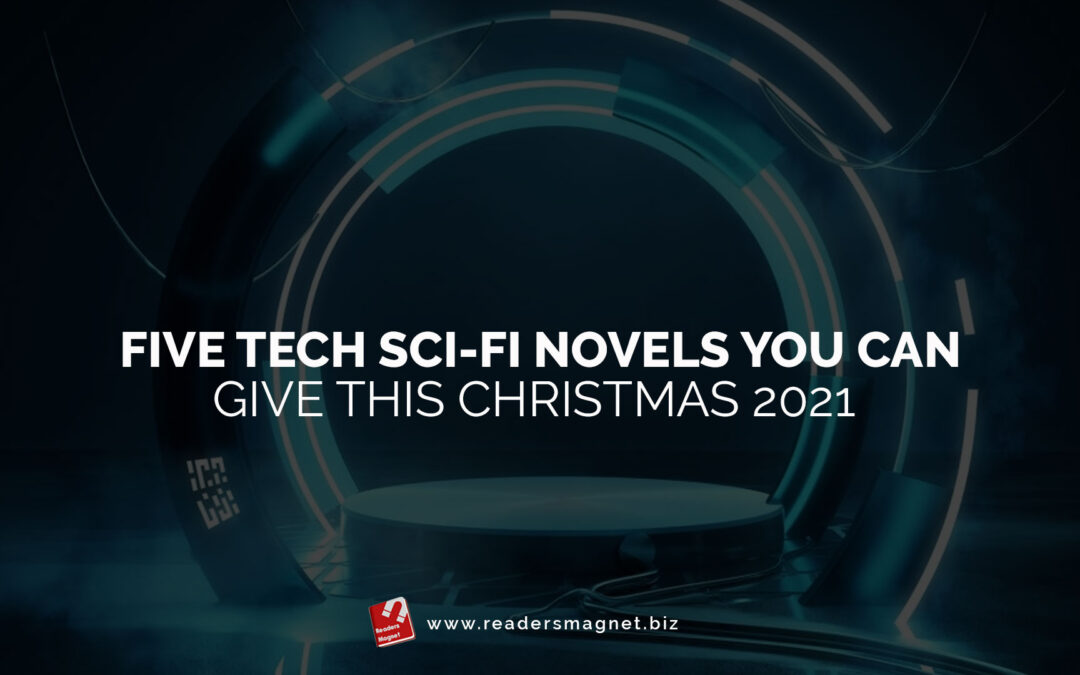 ReadersMagnet Review recommends these five tech science-fiction novels you can give this Christmas.

The sci-fi thriller is set in a world with no hunger, no disease, no war, no misery. And there’s even no natural death. Instead, society seems to function reasonably well under the guidance of Thunderhead, an advanced cloud technology that oversees everything. Thunderhead commands the Scythes, the only ones who can end life. They end life to keep population control. The story follows Citra and Rowan. They are chosen to apprentice to a scythe – a role that neither wants. These teens must master the “art” of taking life, knowing that the consequence of failure could mean losing their own. Despite its dark and grim premise, it is a modern techno sci-fi that will interest modern readers.

When it comes to tech sci-fi thrillers, Benoit Blanchard is pretty much new in the scene. But his two outstanding novels about brain implants and cybernetics will definitely have young readers at the edge of their seats. Cyberbrain is a tech fiction book by Benoit Blanchard set in the mid-21st century. The United States government is determined to eradicate crime with the help of Cyberbrain, a program run by a billionaire neuroscientist named Patrick Kobayashi. To prevent the sinister doctor’s plan to expand mind control outside the United States, an ethical neurosurgeon and a promising young implant must work together to fight Dr. Kobayashi and his men. Cyberbrain and its sequel, Cyberbrain: Guardian Angel, make the perfect gifts for fans of cybernetics thrillers this holiday season.

The Time Machine by H.G. Wells

More than a hundred and twenty years since it was first published, H.G. Wells’ classic tech sci-fi fiction remains one of the most compelling science fiction narratives in all of literature. The Time Machine is a first-hand account of a Time Traveler’s journey into the future. With a pull of the lever, the Time Traveller arrives in the year 802,701, when humanity has split into two bizarre races- the ethereal Eloi and the subterranean Morlocks. What follows next is an unforgettable adventure that has endeared millions of readers to many generations worldwide. The Time Machine by H.G. Wells has been adapted into radio, tv series, and film adaptation. It has also inspired several classics and derivative works. It is an excellent introduction to one of the fathers of science-fiction adventure.

Almost thirty years after it was first released, Neal Stephenson’s Snow Crash stands out as a unique, mind-altering tech sci-fi novel of its kind. In this book, Stephenson takes us to a future America where virtual reality is the name of the game. Set at a time when technocrats and cybercorporations rule everything, Metaverse is the new America. The story is told through the eyes of Hero, a young protagonist who is a pizza delivery boy but also a warrior prince in virtual reality. It is an exciting read from start to finish. A blend of virtual reality, Sumerian myth, and just about everything in between, Snow Crash will surprise and satisfy young readers this Holiday season.

Next by Michael Crichton

From the famous author of the classic bestseller that spawned a multi-billion film series comes another tech sci-fi thriller about the world of genetics. Next is a 2006 satirical techno novel, the last book published during Michael Crichton’s lifetime. Crichton blends scientific advancement and fiction in this disturbing narrative where almost anything is possible with genetics. And almost twenty years since its publications, many of the technology featured in the book is becoming a reality, making it a relevant and exciting read. We all adore the genius of Michael Crichton, and that is why this tech sci-fi is a perfect gift this Christmas, both for geeks and those into dark thrillers.