Four Books About Regaining Your Faith 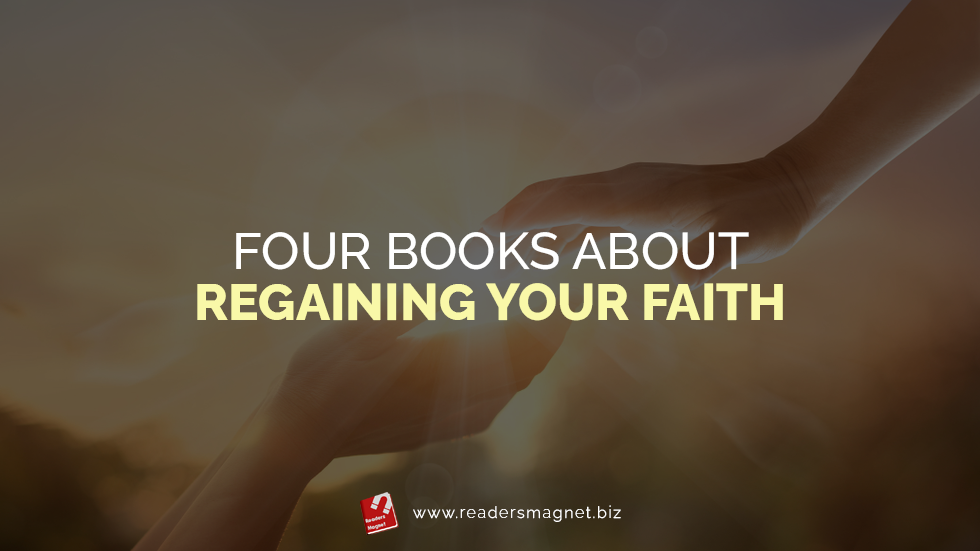 Different people have varying levels of faith. Some have them so strong that it will take a force that can move mountains to try and change, and even then, that change can only amount to a fraction.

On the other side of the spectrum, we have the people whose faith can quickly flip and flop. These people have nothing wrong with them, except that they are not sure about what they believe in.

It could be that they have not yet settled on what they want to believe in. They could be trying to “window shop” on the different religions until they finally find what they think is right for them. What they’re doing is basically the same as Goldilocks when she tried to “trespass” the residence of the three bears in that cottage. No matter what it is, nothing states that they cannot find their faith again and return to the church.

Aside from catechists and the lessons they impart, books are a fountain of knowledge for any religion, Roman Catholicism included. Below will be a list of books that can be a resource short of an official baptism if one decides to get back into the faith or not.

Out Of Sorts: Making Peace with an Evolving Faith by Sarah Bessey

Sarah Bessey is an award-winning blogger. She has also written a book called Jesus Feminist, which was hailed as “lucid, compelling, and thought-provoking by some. This time around, she returns as she candidly talks about her struggles with her core issues. Issues include the identity of Christ, what place the church has in the lives of its members, and how to disagree while continuing with your faith. Through this book, Bessey teaches us how to teach to be at peace with uncertainty.

God Cares, but, Do We? By Kwaku Mensah

Kwaku Mensah’s God Cares, but Do We? Book on finding your faith is just that. It helps you find your religion back. The book deals with topics of identity and human nature and how it affects the faith that is found within us. It helps us keep up with God’s ever-changing faces and how he keeps us company as we journey throughout our lives. Finally, it is a spiritual and philosophical book that forces us to think about the wonder of life and the sincerity of our faith as we struggle to exist.
You can grab a copy of this book by visiting the author’s website at www.godcaresbutdowe.com.

Searching for Sunday: Loving, Leaving and Finding the Church by Rachel Held Evans

Described as a heartfelt ode to the past and a hopeful gaze into the future as a member of the Roman Catholic Church. The book is targeted toward millennials, who seem to be a generation that has stopped going and caring about the church, its hypocrisy, and politics. It is a book told in memoirs and centered around the seven sacraments. Evans uses the liturgical year to frame the book as she takes us toward the sacraments as they are being held In the Church. Lastly, it is a book about taking risks and accepting and overcoming the cynicism that has gripped this generation of Christians with all the drama and scandal in which the Catholic Church has involved itself.

Faith Shift: Finding Your Way Forward When Everything You Believe Is Coming Apart by Kathy Escobar

Many of us think their faith and belief in our religion are so strong that they are solid as a rock and immune to change. These same people are then forced to take a bitter pill when they find out that they have lost or at least burnt out their faith somewhere along the way. Most of the time, they are scared. Years of dogma have told us that such a shift in religion is not regular. Well, this book is for them. This book tells spiritual refugees, church burnouts, and freedom seekers that it is normal to lose faith. It even differentiates between the loss of faith to the loss of religion and makes the case that losing religion means does not mean the loss of faith. It is a book that ensures us that although the faith we had before has changed, it does not mean that we are less religious.